This is a long one--you have been warned.

We're home again from our Williamsburg adventure. This was the best needlework-related trip there that I have made, and since I've been attending two stitching events a year in Williamsburg for about ten years, that's quite a statement.

When last I wrote, I had spent an afternoon working on the Jamestown Jacket with other members of the group. Later on, we went out for dinner together, with great stories told and lots of laughter.

The next morning, we had the opportunity to have a special tour of the current textile exhibit at DeWitt Wallace. Our docent gave us an overview of "Threads of Feeling" which includes some of the record books of the Foundling Hospital in London. Mothers left their babies there when they were no longer able to care for their infants, and they frequently left small tokens to identify their children if they were able to reclaim them (and I think there were fewer than 200 who were reclaimed). Sometimes these tokens were bits of fabric or ribbon or embroidery. These textiles would have come from the poorest inhabitants of the city and are almost never preserved; they normally would have been worn out and discarded while the clothing and other fabrics associated with the middling and upper classes might be preserved. Consequently, this resource gives the textile historian insights that otherwise could not happen. That fact is overshadowed by the poignancy of the stories told about the children and their mothers who could not care for them and who were attempting to give them literally a chance to live.

And, yes, there is a book about the exhibit.

We also had a chance to see the contents of the drawers which are usually locked. Yes, there are samplers. Yes, we clustered around them, discussing the design elements of each. Yes, we found quite a few we wish were reproduced so that we could stitch our own. And yes, we identified the ones that had been reproduced that we have in our stashes. Some of them are actually stitched, framed and hanging on our walls.

There will also be a book coming out concerning the exhibit on Baltimore Quilts, our next stop at the museum. The colors, the techniques, the expertise of the quilters--and we're talking hand-quilting with minute, perfectly spaced stitches--all were awe-inspiring. Our docent mentioned that there is some evidence that there were kits available for those who wished to make Album Quilts and pointed out a bird motif that appeared on two different quilts hung side-by-side.

And then we adjourned to the Education Center, where Christina, our lovely docent, had provided the wherewithal to make our own sewing rolls.  Mine has reached this state: 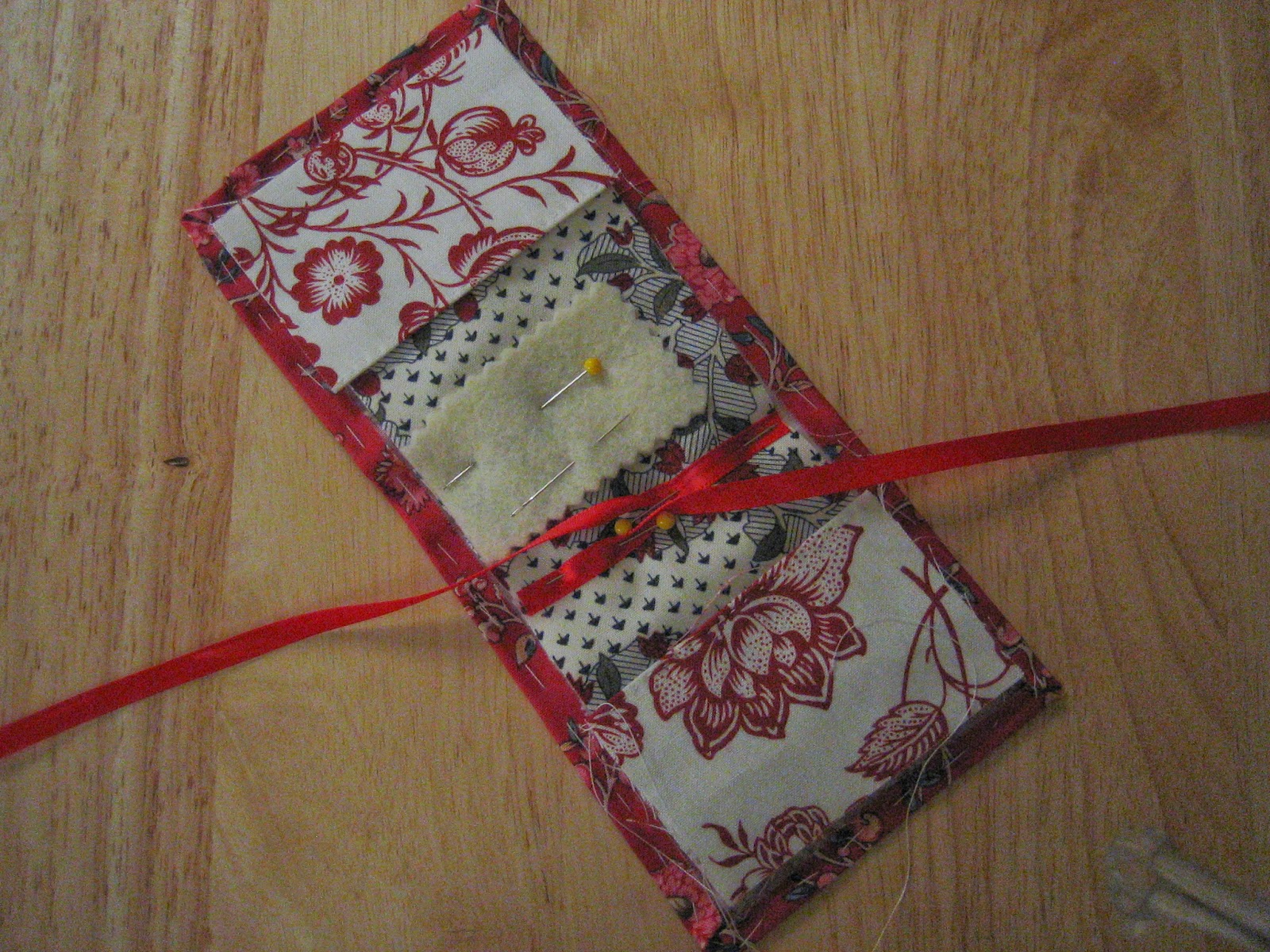 I still have the final sewing to do, hence the pins.  The fabrics are all reproduction Williamsburg prints--and there are enough pieces provided to make another roll--or maybe even a bag to carry the roll in. I'm considering . . .

Once back from this excursion, Dearly Beloved and I strolled to one of our favorite restaurants for lunch, then tottered and lurched back. He went back to the room to take a nap. I went to the stitching room to stitch.

I took three of the larger projects from the Ridiculously Overly Ambitious List to work on during the retreat. Did I stick a needle into any one of them?  Nope. I started a Christmas ornament. This is the progress: 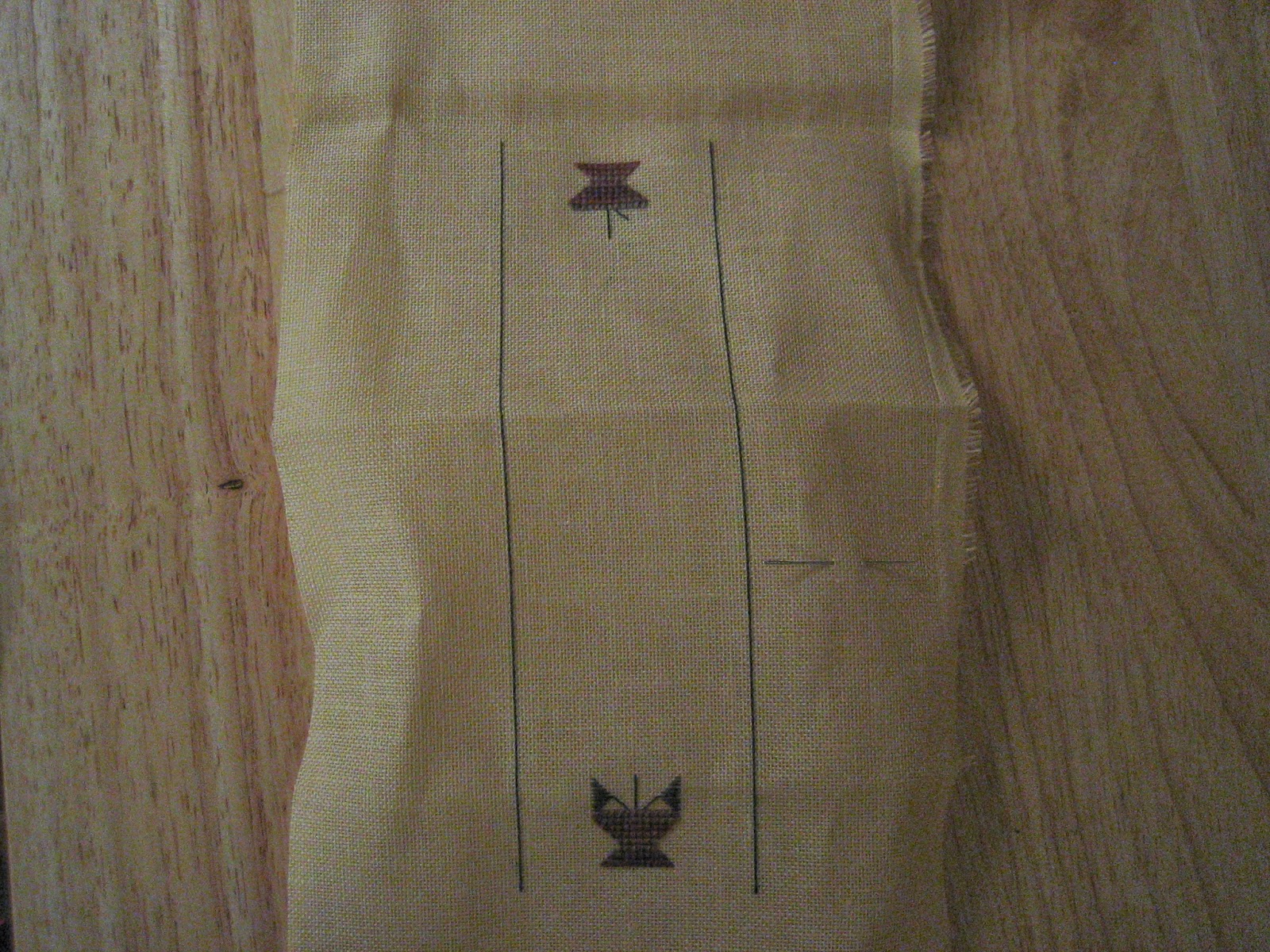 Other than the Jamestown Jacket, this is the most stitching I managed to accomplish. However, the next day, our Fearless Leader of the Cabinet of Curiosities online class, Tricia Nguyen, led us through the lining of our trinket boxes. Keep in mind that I flunked gluing in kindergarten. Remember that I am also a klutz of the first magnitude. Despite all that, look at this! 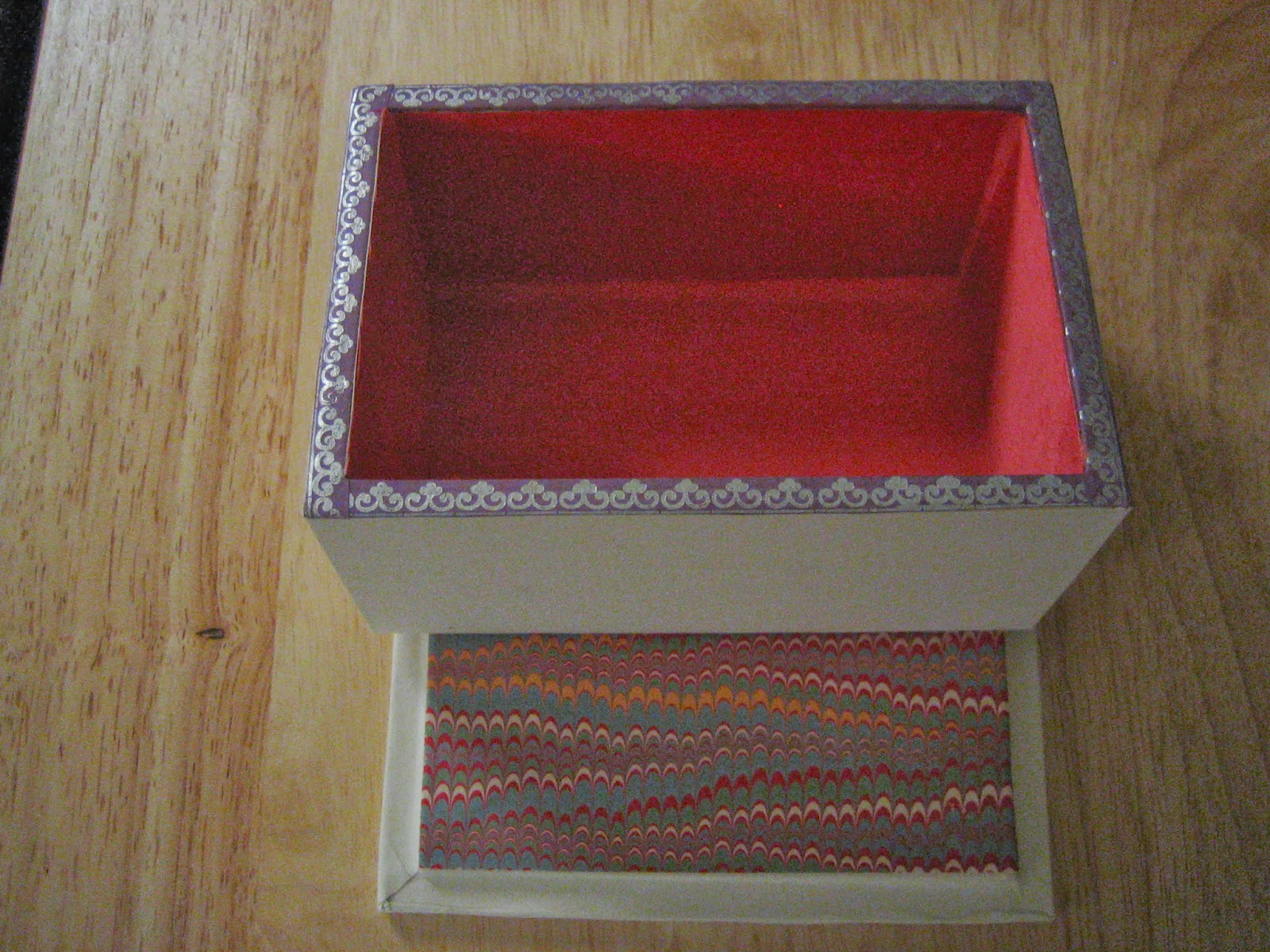 I did this! And I didn't stick anything permanently to myself or to anyone else!

Then came one of the highlights of the whole event. One of the group had prepared a presentation showing highlights of stumpwork pieces in the Burrell, with commentary. I think I could have watched and listened to it three more times and not completely taken everything in--beautiful close-up shots of exquisite 17th century needlework, insights into the working of the pieces, and encouragement to "think outside the box" when doing our own work.

All I want to do now is stitch. And all I want to stitch is stuff that could have been stitched in the 17th century. And luckily, the first class from the Cabinet of Curiosities Class, part II, has been posted.  It's as close to a time machine as I can get, and I'm getting in it and taking off.
Posted by Ann at 9:09 PM