A little bird told me

that I would have a wonderful time in Williamsburg. 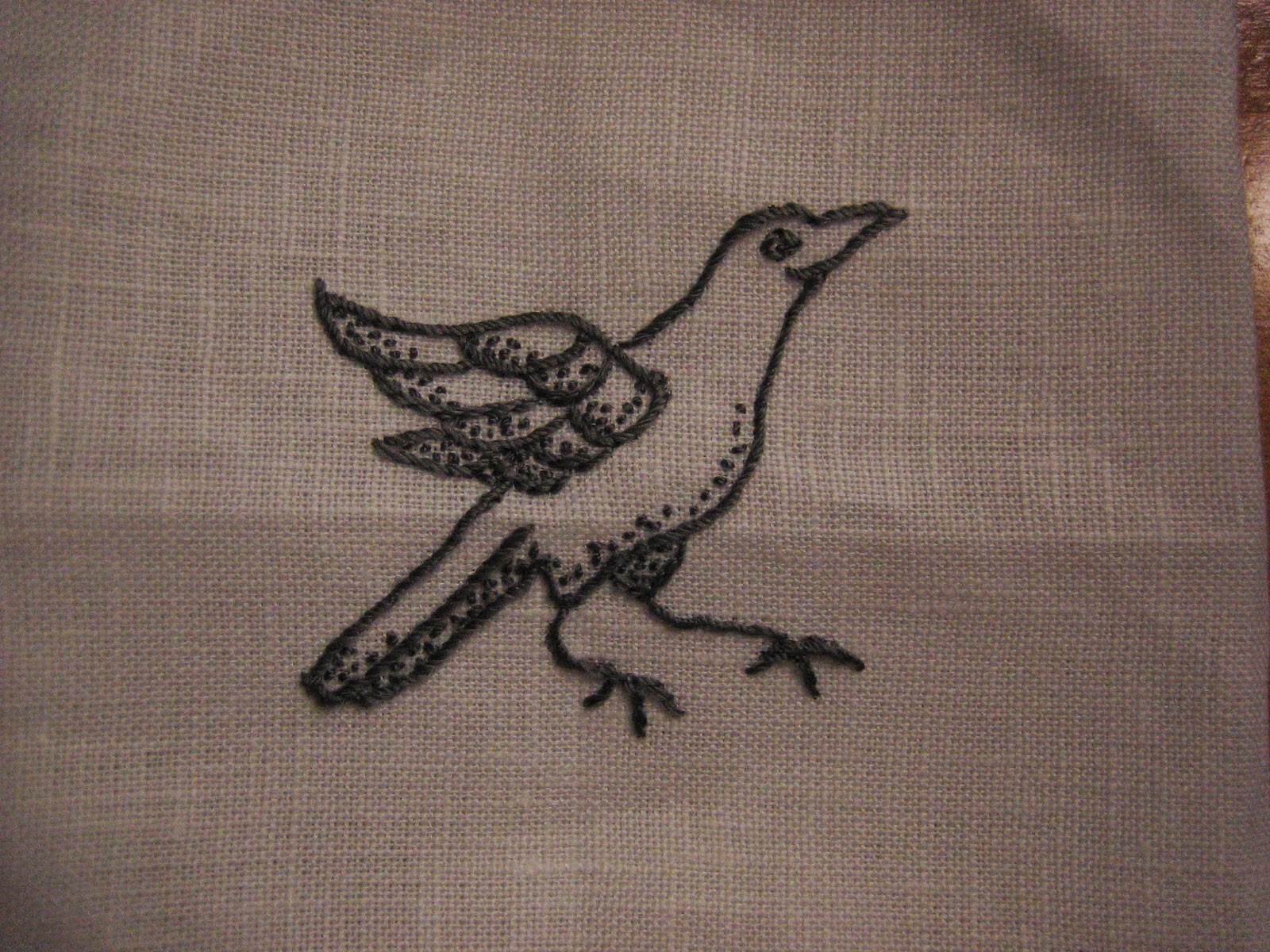 Here's my rendition of the embroidery that is sent if you express an interest in working on the Jamestown Jacket.

This jacket will be worn by the re-enactor who portrays Pocahuntas the first week-end in April on what would be the four hundredth anniversary of her marriage to John Rolfe. It is a magnificent design that consists of the New World flora and fauna as they were illustrated at that time, all stitched in black silk. Most of the stitchers attending this retreat volunteered an afternoon to work on various parts of the jacket, and we literally had all the frames occupied.

And I've now had the opportunity to embroider both on it and the Plimoth Jacket! I feel so incredibly lucky to have had both experiences.

That is not all. This morning we had a behind-the-scenes tour of some of the 17th century embroideries in the Colonial Williamsburg collection. Unfortunately, we couldn't take pictures, but I have increased my store of inspirations for my Cabinet of Curiosities. I definitely will wait until completing the second part of the online classes before starting my embroidery, though. There are some needlelace stitches that were used on some of the pieces we saw that will be taught in the second part of the class, and I want to incorporate them into my design.