Back from the 17th Century

I really was planning to stay in the seventeenth century for awhile longer. I really was. But reality reared its ugly head and I realized that the next few weeks will be a little more hectic than usual.

So, I needed to stitch on something that isn't quite as demanding and can be more easily picked up and put down.

And the result is that I'm working on David McCaskill's Journey, which has the added benefit of needing no additional magnification. 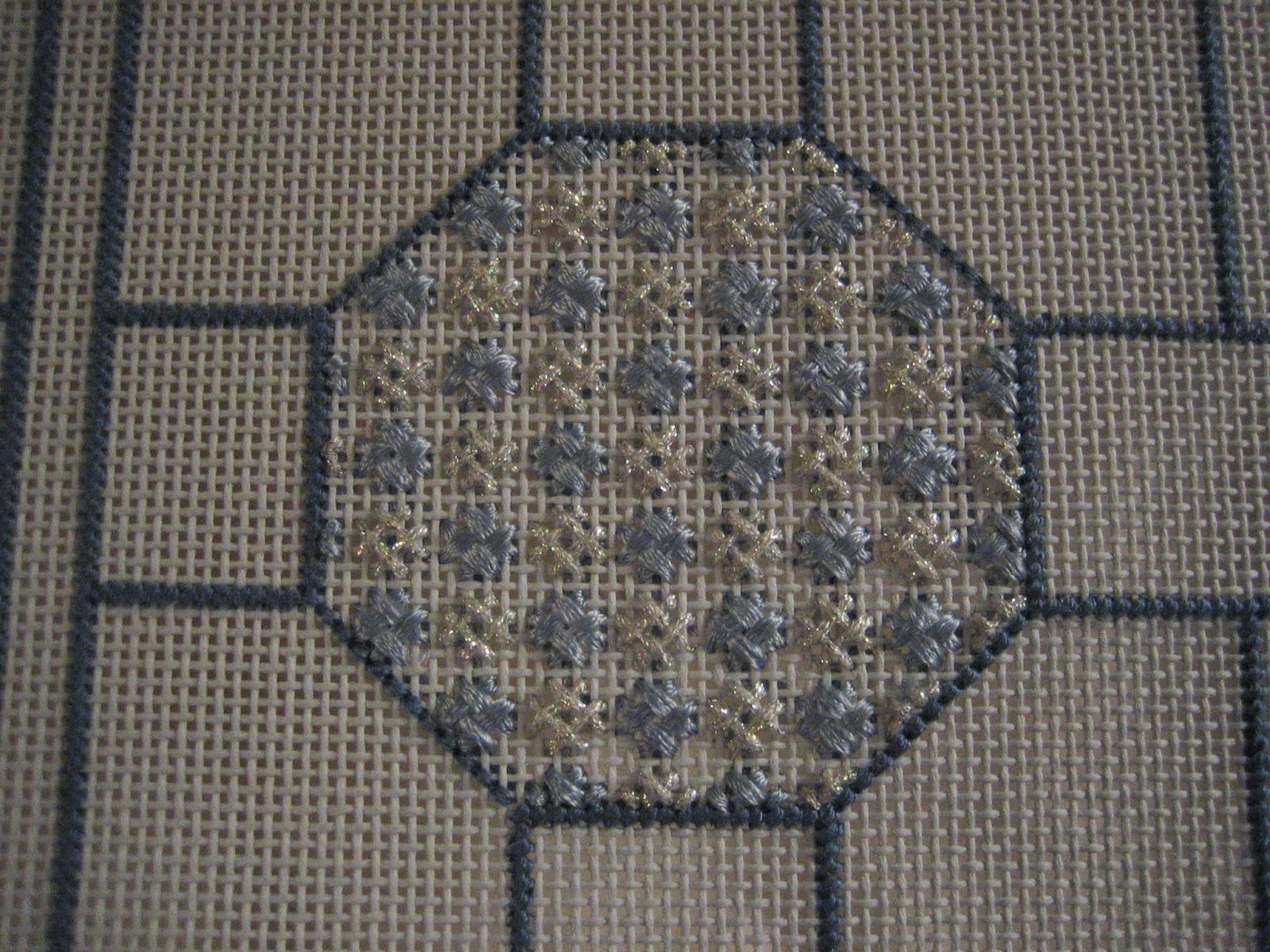 With a few minutes free this afternoon, I began the center motif. It alternates Kreinik braid and Neon Rays, so it is very bling-y--I suppose that is fitting with the Academy Awards on the TV.

It just occurred to me--I watch the Super Bowl for the commercials and the Academy Awards for the gowns. Somehow, I don't think that's quite what the producers intended for either.
Posted by Ann at 5:50 PM