Is it really still March?

Has this turned into the longest month ever?

With that said, I'm not sure what happened to the last week. It vanished, and, to tell the truth, I really don't know what I did with it. I know I've been busy at work--it's time to labor away on quarterly reports--and I had doctors' appointments--and there was an ANG meeting--and suddenly it's Sunday night and time to do it all again.

And there is the potential for a winter storm in the weather forecast. Really?  I mean, REALLY? We've had the vernal equinox, for Heaven's sake! My kit for the Spring casket toys arrived from Amy Mitten and I've even printed and out read the directions. (Admittedly, I haven't stuck a needle in the winter toys, nor have I started the Mermaid, but I will. Soon. Relatively speaking.)

Somewhere in all this madness, I have done a wee bit of stitching. 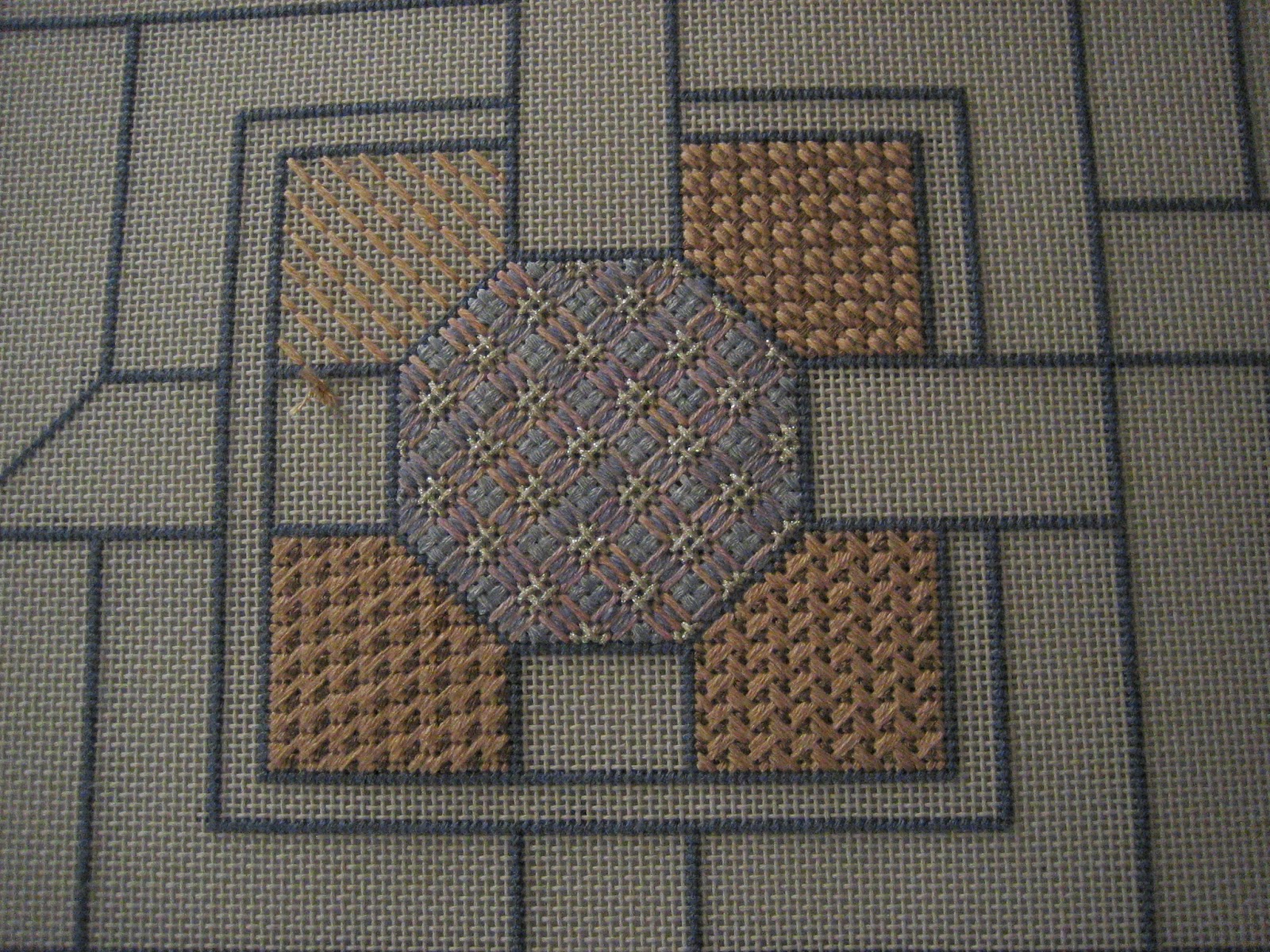 I'm working on Journey again. With everything else going on, I decided I needed something that I could more easily pick up and put down without a lot of concern about stitch tension. And it would also be easier to pick up and put down if I don't have to deal with additional magnification. Now if I could just figure out exactly what I have been doing wrong on that upper left quadrant so I could do it correctly, this would all be happy.

However, this week-end I was doing some final finishing. 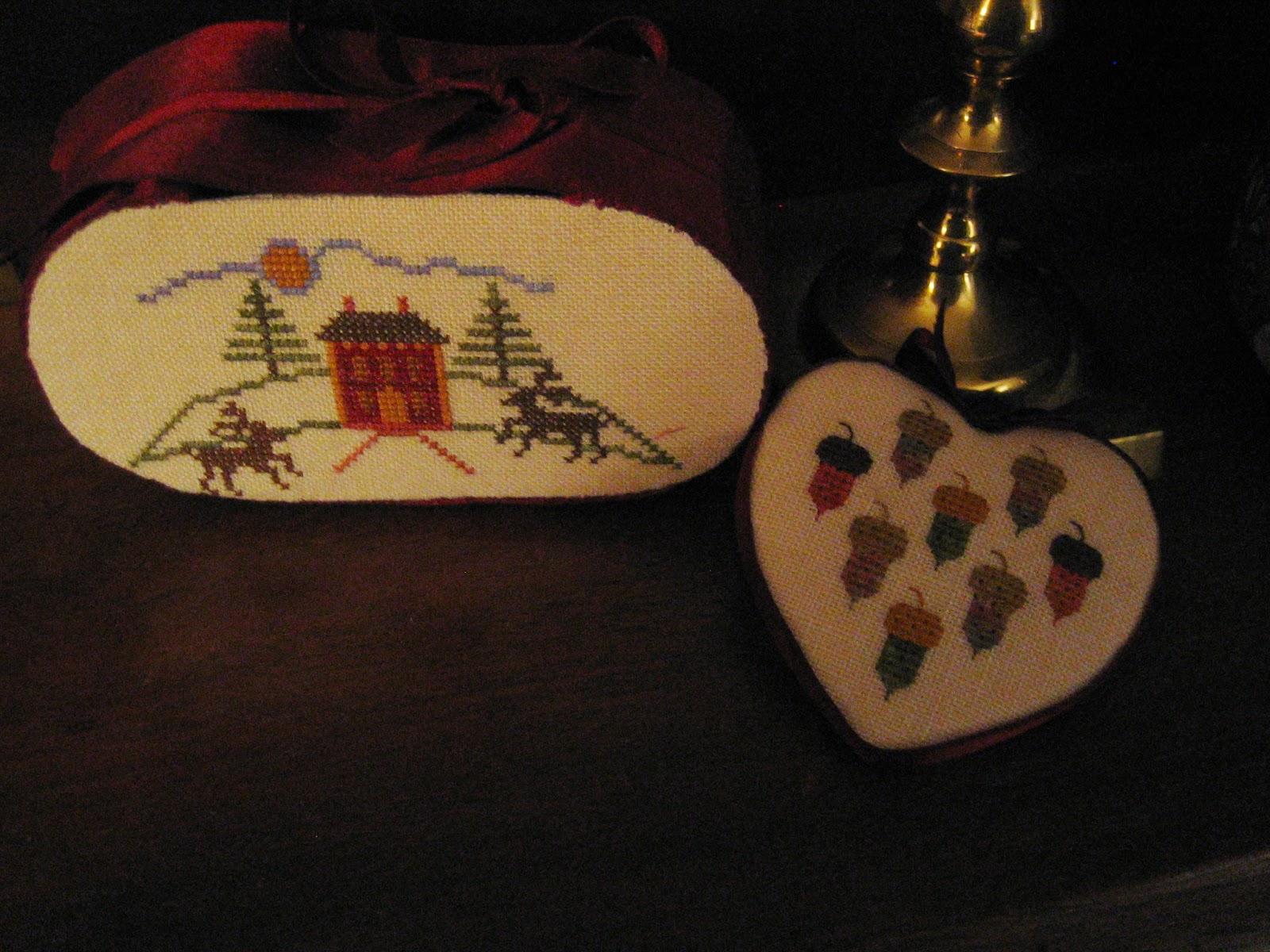 Cissy Smith of Gentle Pursuit Designs created this set, Autumn Gifts Sewing Purse and Pin Wheel, for our EGA chapter. She went over both stitching and finishing directions when the workshop was presented, but now that just about everyone has finished the needlework, we decided it would be a good idea to review the finishing.

Since I missed the board meeting when the programs were discussed, somehow I have ended up being the one who will lead this meeting. And (ahem) I didn't quite follow the directions on finishing the etui.