and nothing to be seen.

I think it's either spring fever or Daylight Savings Time (about which I have ranted previously), but I can't seem to get myself going on anything at the moment.

I started Ellenor Wycks as part of an SAL. The first band is all double running and satin stitch, stitches I don't normally have problems accomplishing.

Unless, of course, you go over three threads instead of two at the beginning of the band.  So I ripped.

Rather than tempt fate, I decided to do a bit more on the little Christmas ornament from Jackie du Plessis that I started last week.

And I miscounted on that, too.

This is what my worktable looks like at the moment: 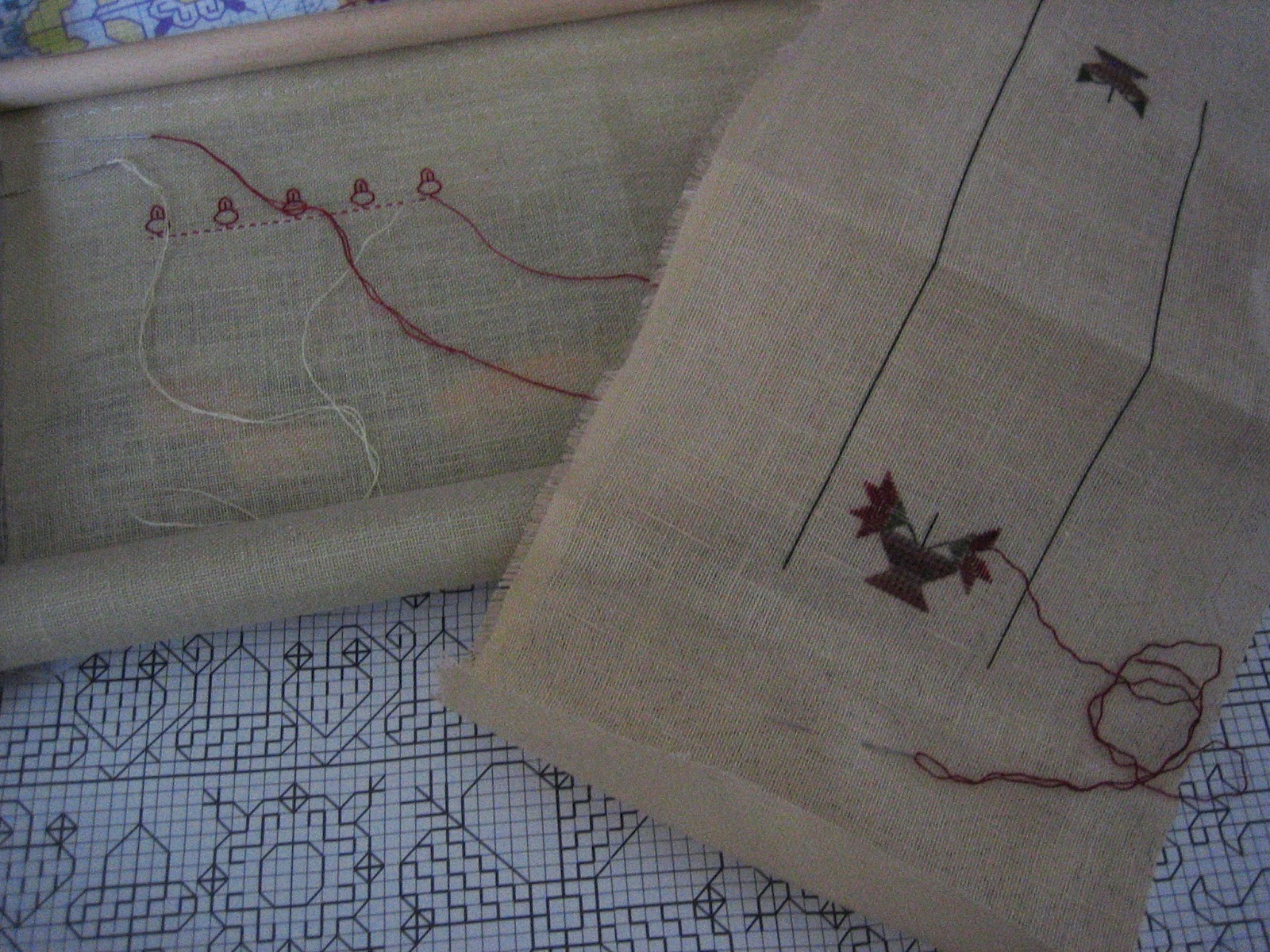 I think I'll go fold towels. That does not require counting to two.