I grandly announced to a friend that I was going to stitch for at least two hours every evening, partly for stress relief and partly because there are so many things in this world that I want to stitch.  I announced this Sunday evening.

Monday evening I had to be a domestic goddess and iron. Dearly Beloved needed shirts, and all my "transition" shirts for this time of the year have to be ironed. By the time I put the ironing board away, I had maybe 45 minutes I could stitch. And then the Big Kid called, and I wanted to give him my full attention, so there was no needlework.

Tuesday I worked late.  I did manage to thread a needle but didn't get much done by the time we had dinner and did all the usual evening things.

This is what I've managed to do in between all the other bits and pieces of my life: 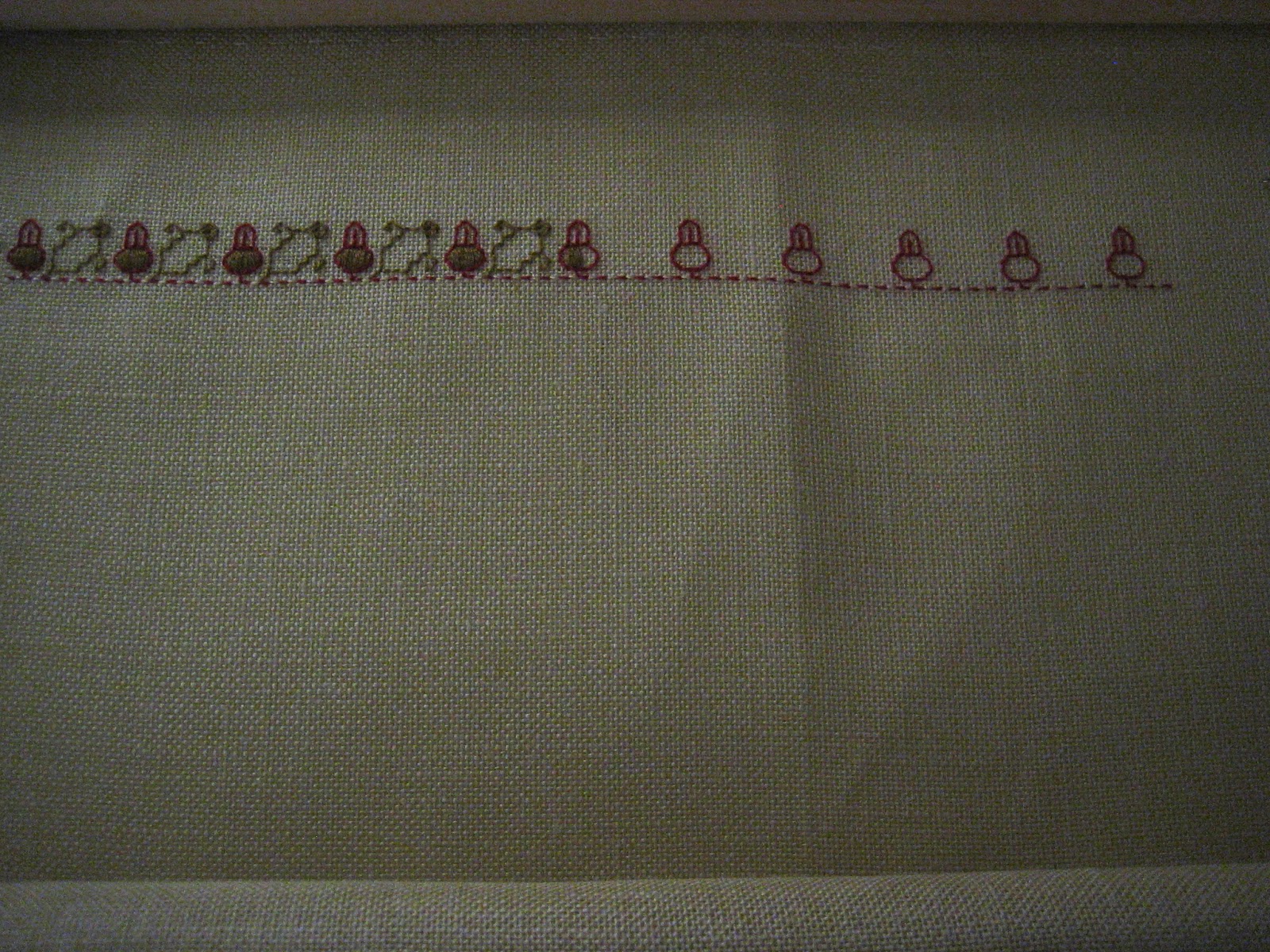 I'm still trudging along on the very top of the first band of Ellenor Wykcs.  At the moment, I'm trudging more slowly than usual. I'm filling in the acorn caps with satin stitch--which means I'm using a sharp needle. Since the outlines of the leaves are worked in the same color, I'm carefully traveling over to that part of the band and doing double running to set up the motifs. And I am way too lazy to switch needles from satin stitch to double running, so I'm being very, very, very careful to stick the linen with the sharp needle and not myself. It would probably take less time to switch out the needle, come to think of it. 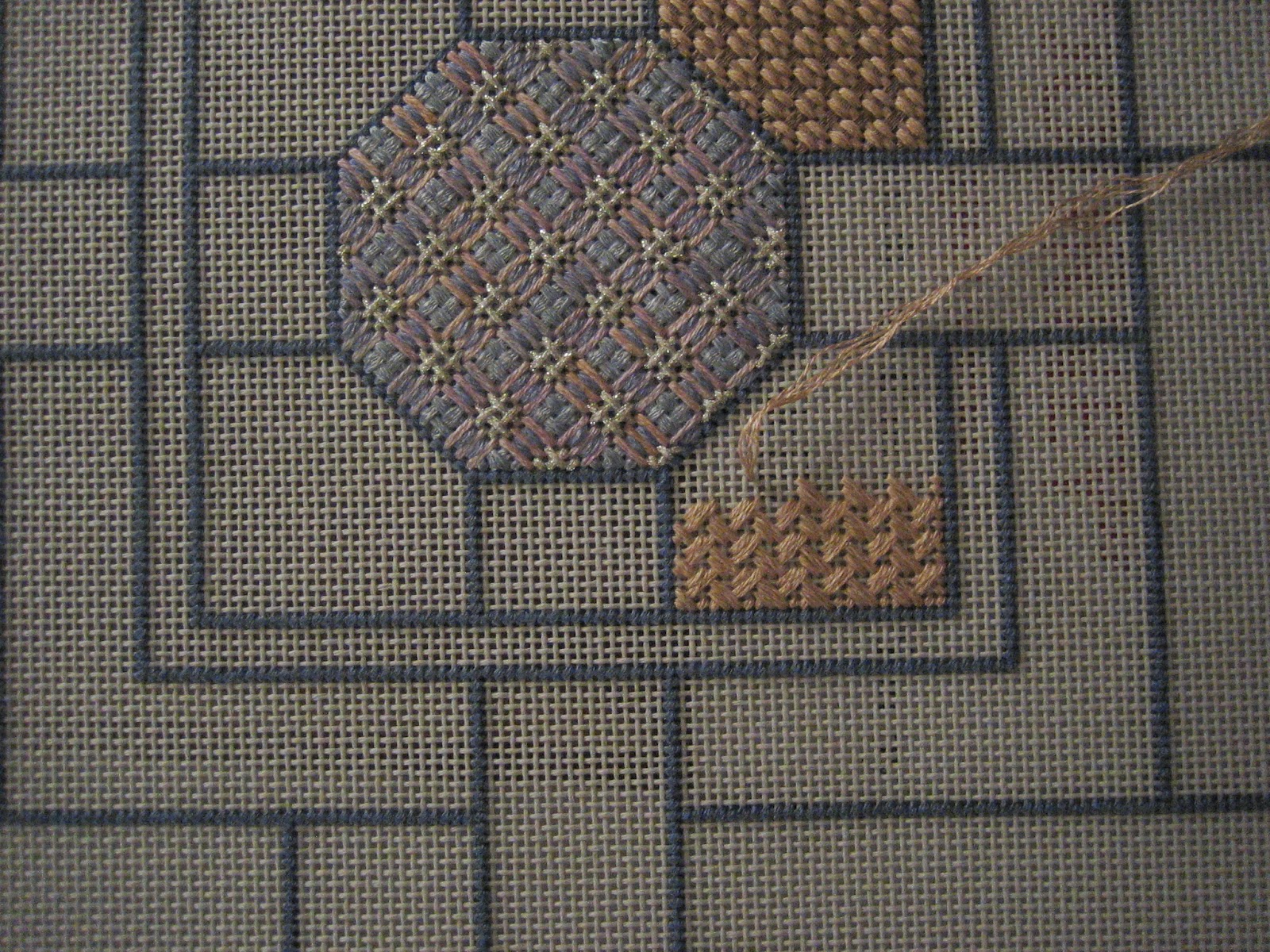 I may not be feeling the love for this particular project at the moment, but Dearly Beloved is. As in, "You're not putting that one up, are you?  I like that one."

If I put a strand a day in it, I will eventually finish it.

That sounds like another Grand Proclamation.  I'm not making those any longer.
Posted by Ann at 5:17 PM