My little Shepherdess is coming right along. 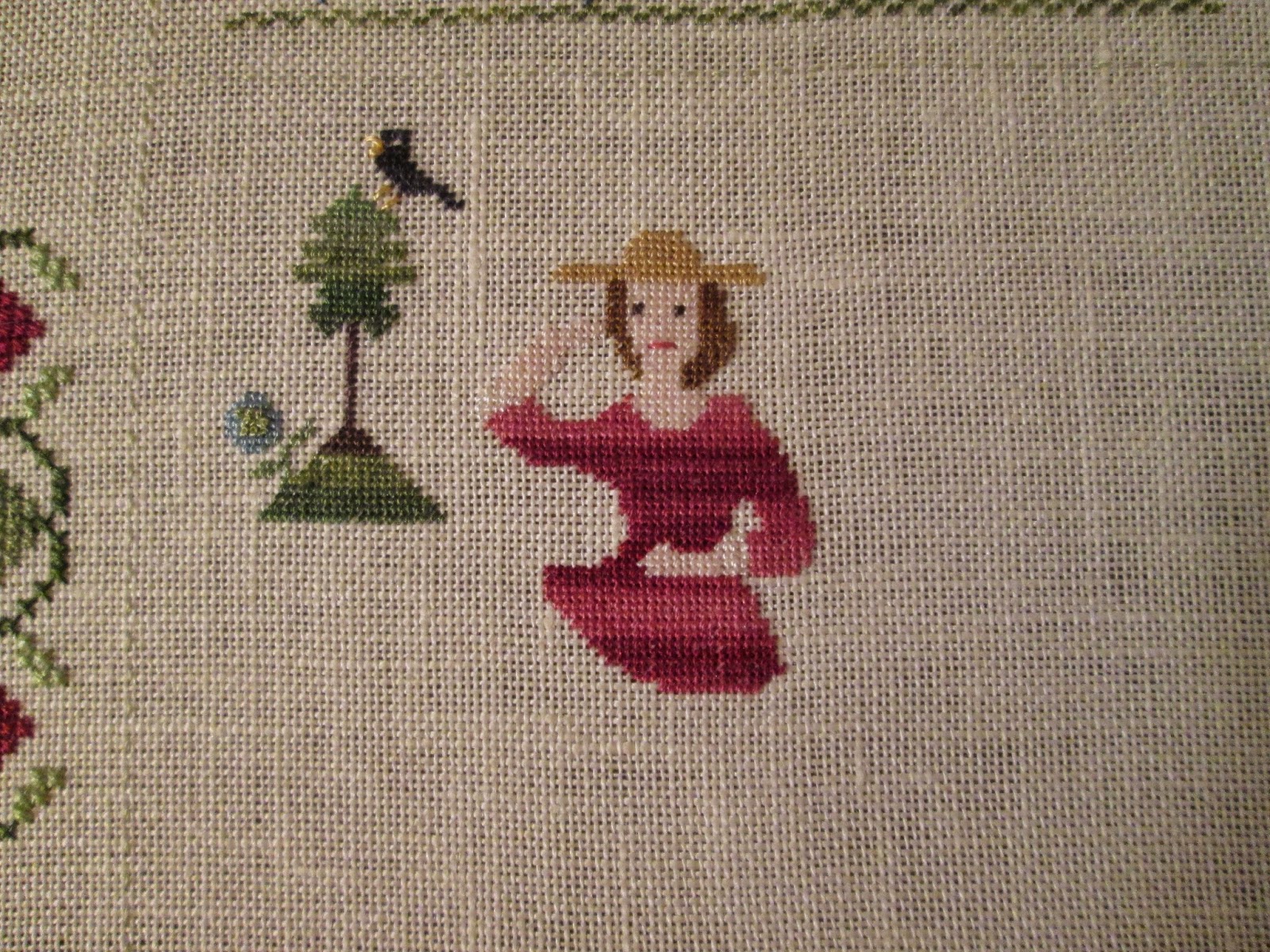 At the moment she reminds me of the china half dolls that are made into pincushions to adorn one's dressing table.

I've been trying to avoid becoming obsessed with making one of them, mainly because I know if I start with one, I'll have to have every single one ever designed. I have enough obsessions as it is. I don't need any more.

However, after seeing a friend's work at sampler guild last night, I'm wavering. She's been collecting antique and vintage pin cushion dolls for years. In fact, she used one of her half dolls as the base for the design featured on the cover of SANQ recently, and it was beautiful.

Actually, if I could get my hands on the one Bobbie Chase designed for an EGA seminar a number of years ago, and the one Rae Iverson taught at her Arizona gathering, I would be a very happy camper.

Of course, I may be stitching from prison because I may have to murder one of my neighbors in the near future.

He is No Longer Married. He has purchased a Harley. While I understand the primordial allure of the basso profundo rumble of a Harley motor, I do not appreciate it at 5:15 a.m. when I have another 45 minutes of restful slumber available before my alarm clock starts yelling at me.

One of my other neighbors is in the restaurant business and rarely gets home before 2 in the morning. He, however, is very considerate of others. I never hear him come in. His problem is that he has only had two or three hours of sleep when the revving starts. I do believe he is more irritable about the situation than I am.

Actually, I think the crankiest is the couple with the fairly new baby who has problems sleeping as it is.

It has occurred to me that we may have a Murder on the Orient Express situation shaping up.
Posted by Ann at 6:31 PM