The family Grande Dame who orchestrated yesterday's family event decreed that everything was under control and that all who attended were free to do as they liked, whether that be taking a stroll outside or watching the Masters or just conversing with each other.

So I found a sunny corner in the living room, listened to family gossip, and stitched. It is simply amazing what can be accomplished in a whole day of nothing but needlework, with the occasional foray for food.

I finished the prework for Betsy Morgan's Edinburgh Etui and Reticule classes, which I will be taking the first week-end in May: 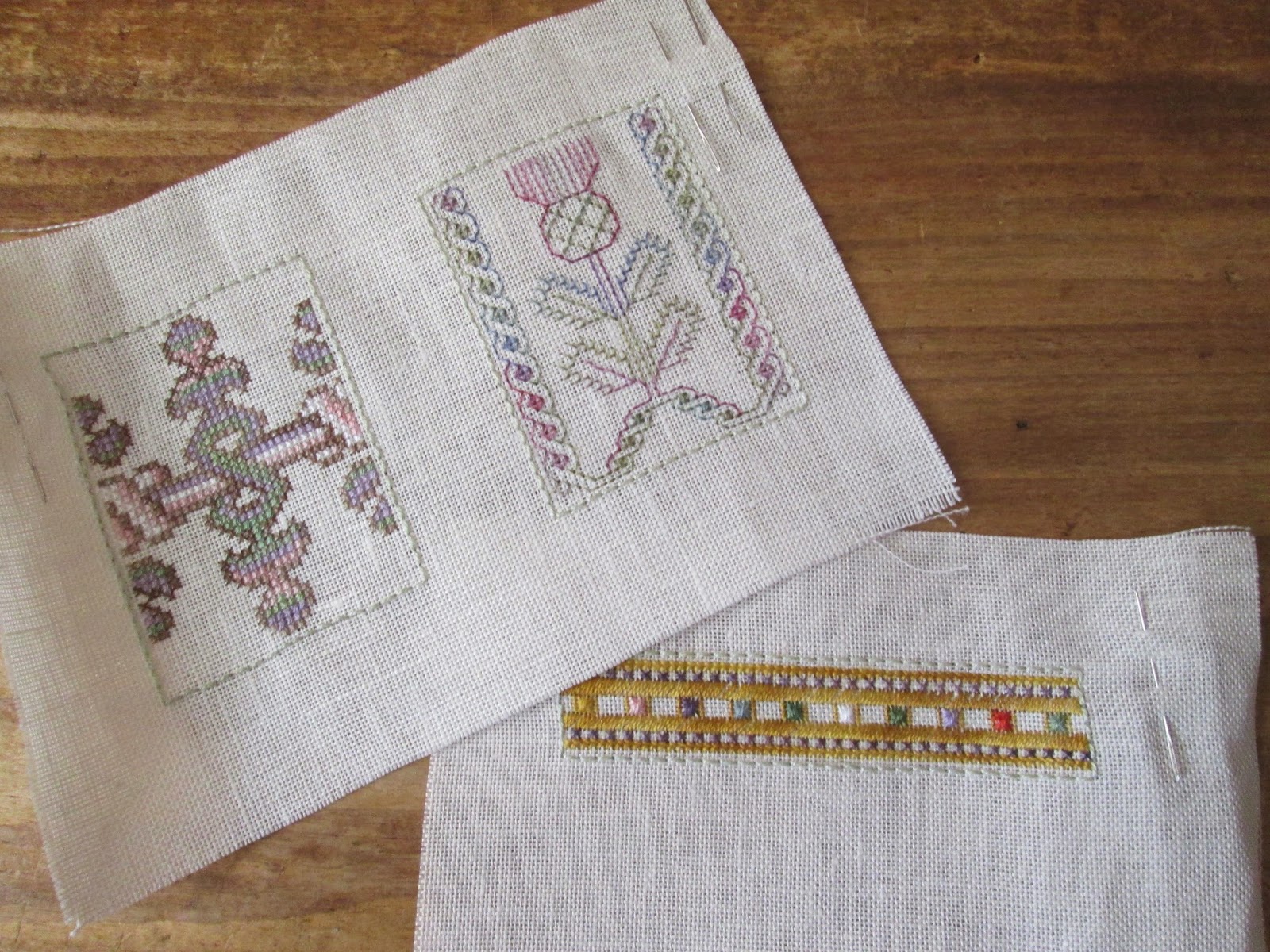 And I finished a band and stitched two more dividing bands on Mary Atwood: 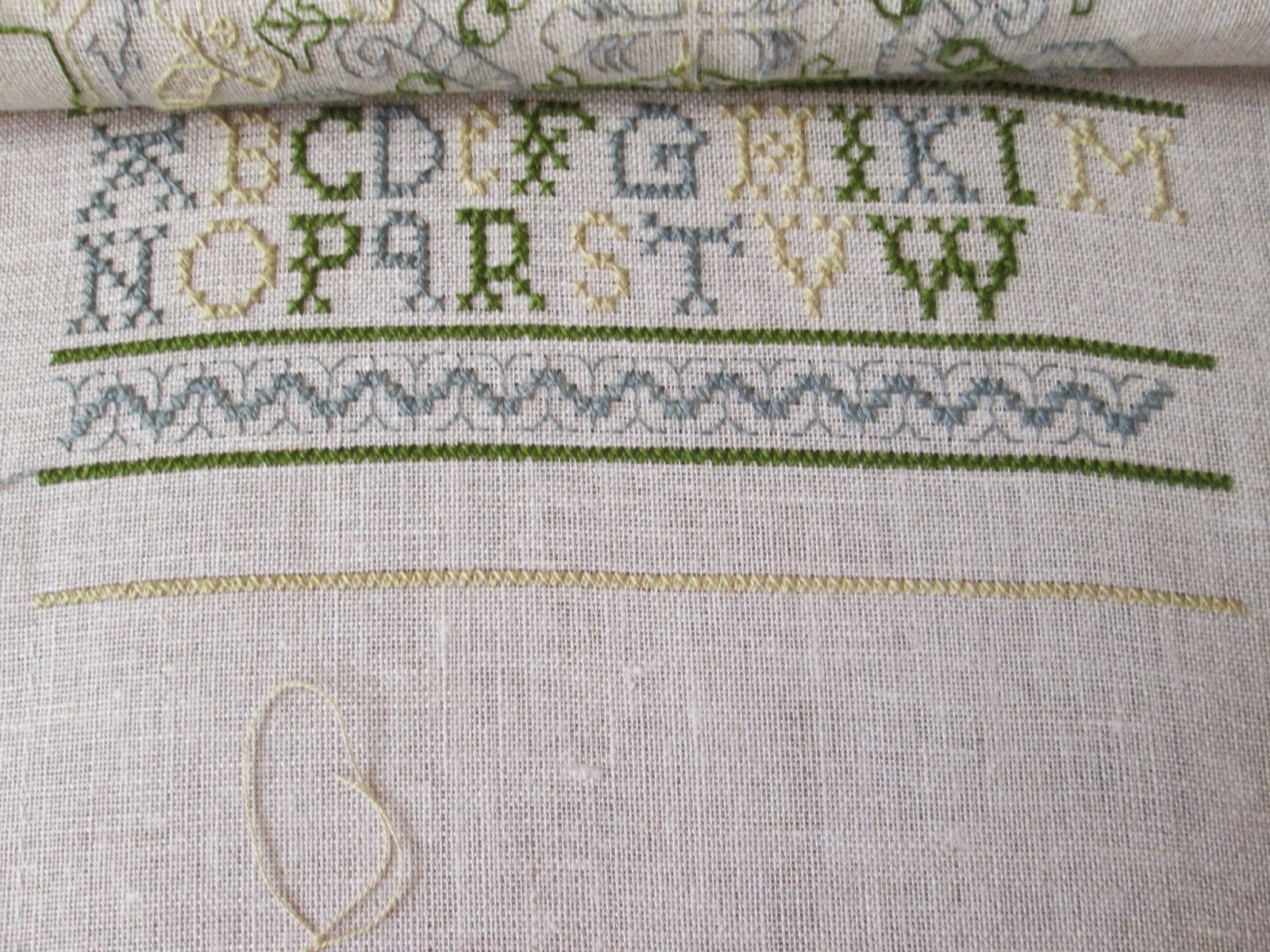 These bands are also stitched reversibly.

I've been asked about reversible cross stitches. You don't see them much in contemporary cross stitch designs, but they were the default method in the 17th century, when Mary stitched her sampler. Since cross stitches were used to mark linens, and since you want them to be neat on both sides, they needed to be reversible. Depending on the type of reversible cross you use, you get a variety of different looks on the wrong side.

And the stitches do not have to cross the same way on the front. They can go every which way, it does not matter. You may have to make more than one pass on the front (or back) to get the effect you want. It's actually a very liberating way to work--you find yourself turning the linen up and down and sideways and poking the needle hither and thither to get the reversibility.

There's an additional bonus. Because of the layers of thread, the color is intensified simply because there's more of it.

I've decided it's a good mental work-out as well. It's hard to worry about something when you have to focus on the pattern your needle is creating. And I am convinced it's another way to create more neural pathways in the brain to help stave off mental decline. Who needs to subscribe to a brain-game site when you can ply your needle?
Posted by Ann at 9:12 AM