Was it just a week ago?

It feels like it was months ago, but The Diligent Needle, Winterthur's needlework symposium, started just slightly over a week ago.

First of all, before I say anything at all about the event itself, I want to say the best part of the whole thing is getting to spend time with friends who are as passionate about this stuff as I am. Some of them I get to see on a regular basis, some of them I only get to see a couple of times a year, and some of them I was able to reconnect with for the first time in years.  For that alone, it's worth the price of admission. And, happily, it will be held every two years rather than every three, starting with 2016!

This event offers four lectures each morning, then classes, tours, and other lectures in the afternoons. The lectures on this day were the following:

Winterthur feeds its symposium guests quite well, with lovely pastries at the coffee break, a buffet luncheon, and a delightful reception at the end of the first day. If I lived in the area and needed to have an event catered, I'd talk to them!

Anyway, after lunch, we all separated for various tours, lectures, and classes. Since Joanne Harvey was teaching, I signed up for both of her classes. This was the day she taught Ann Almy, a Rhode Island sampler. 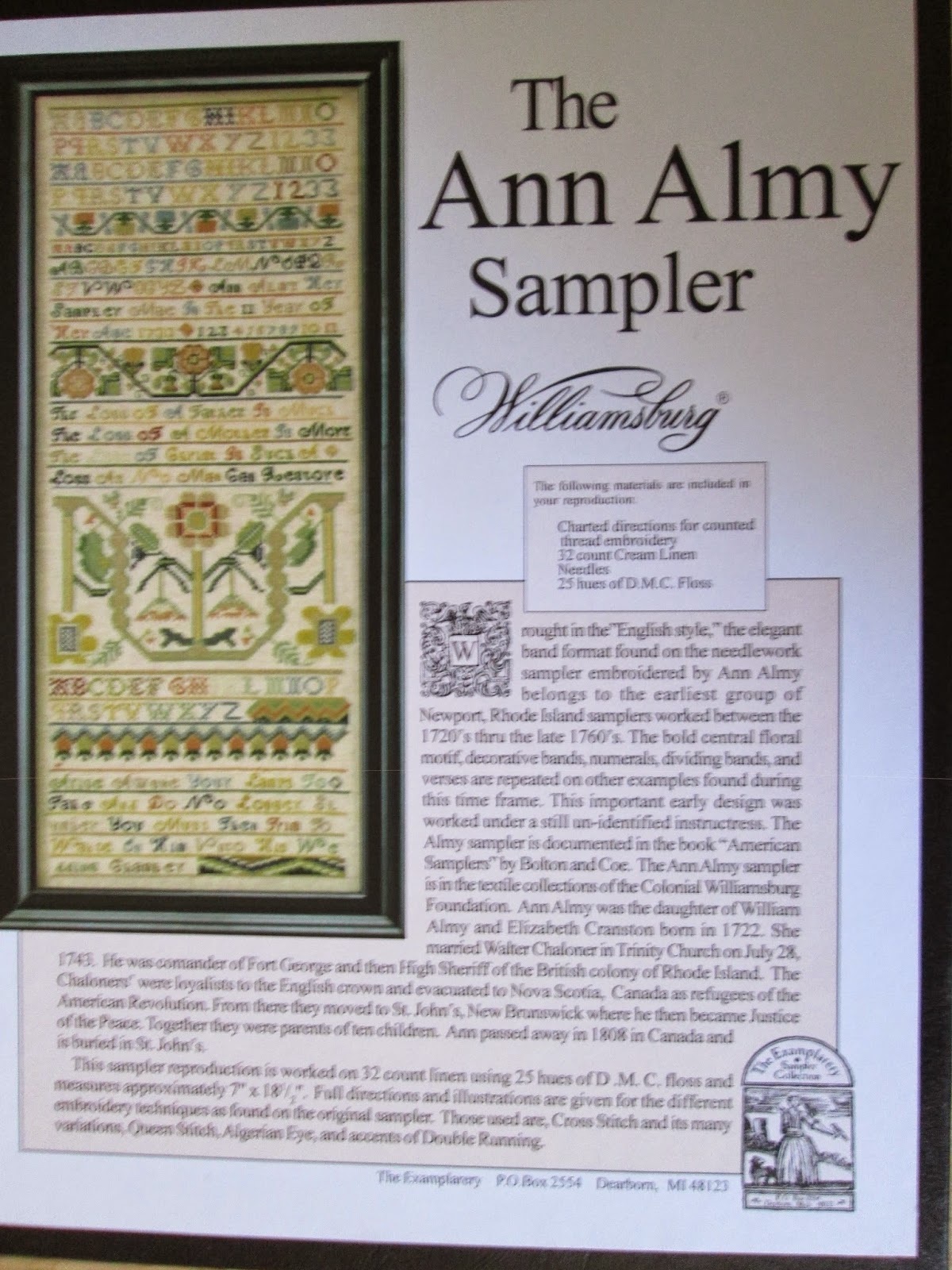 We had a wonderful slide show on Rhode Island samplers. I had seen it in Williamsburg last Christmas and was hoping to have the chance to see it again, and it was just as drool-worthy this time as before. And Joanne Harvey is always entertaining.

I also engaged in just a tiny bit of additional stash enhancement. I couldn't fit Margriet Hogue's class into the schedule, but I was able to buy the kit for it: 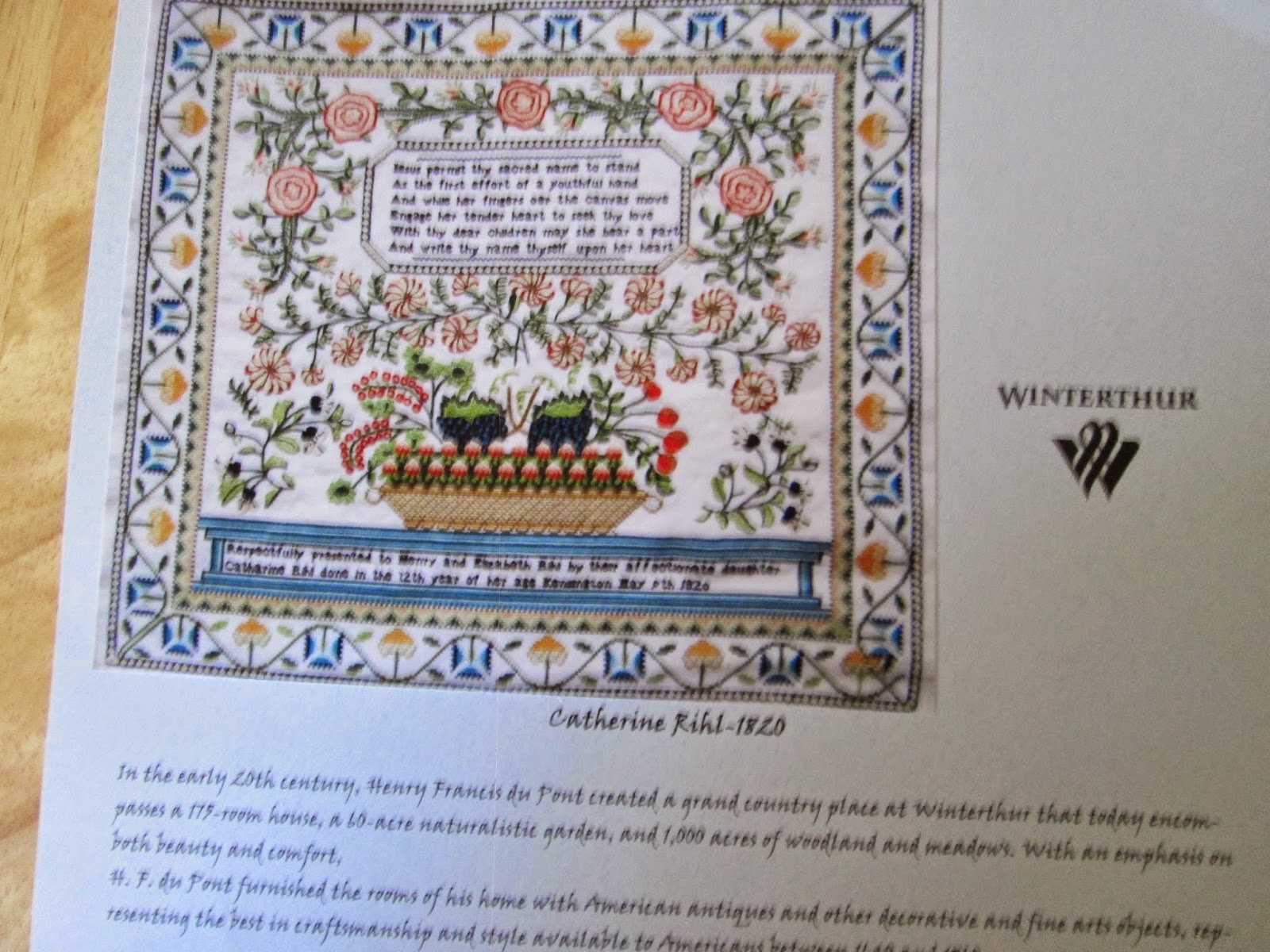 Did I work on anything at all when the day was over?

And on to another topic entirely . . .It's November. When I first started reading blogs, bloggers united to post every day in November, and it was loads of fun to travel from one favorite to the next.

I don't think I've heard anyone even talk about that this year. A lot of my favorite bloggers have moved to other platforms, some have dropped out entirely, some have talked about getting back into it (some have, some haven't).

Because I'm contrary, I'm hanging onto my blog and hereby announce that I'm going to make a valiant effort to blog every day in November.
Posted by Ann at 9:29 AM