As soon as I hit publish, I will have blogged every day in November.

I'm not sure I'll do this again, or at least, not until my life changes to the point that I have significant stitching time every day. This is my busy season at work, which means that there were days when I felt I either had time to stitch or I had time to blog, but not both--so I did neither well.

Today there was not much time to stitch. I'm not going to say I'll never travel on the Sunday after Thanksgiving again, but I'm going to have to think about it very seriously before I do. I think the entire Eastern Seaboard was on the same highway Dearly Beloved and I were traversing today. We saw no fewer than six accidents in a hundred mile stretch. Most of them were caused by people driving too closely together. When the first person had to hit the brakes, the next two to five cars then hit that person and each other. Consequently, a trip that normally takes fewer than five hours took six-and-a-half plus.

I did get a little more done on Mariposa tonight: 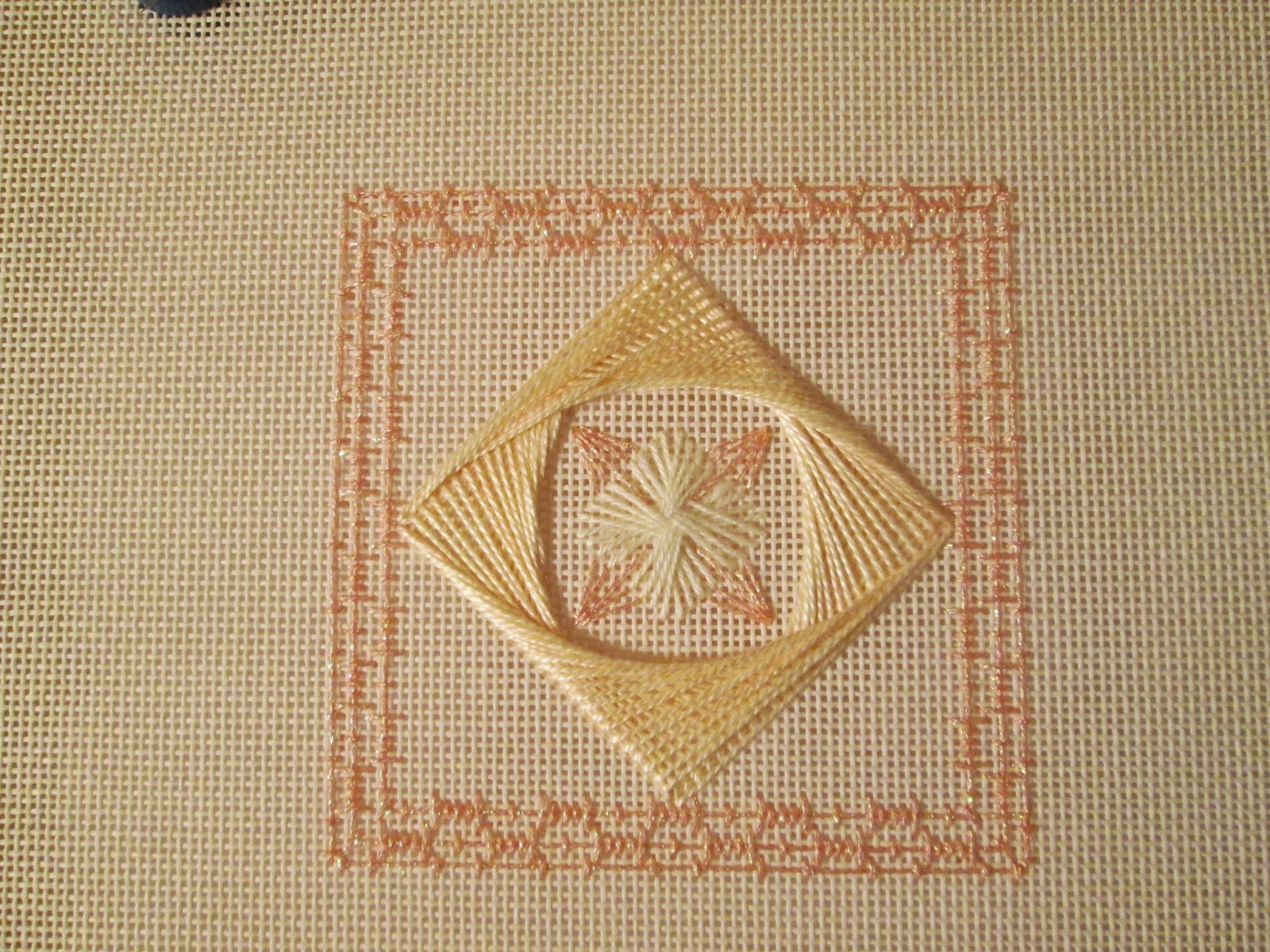 The next step requires careful counting and thinking. At this point, I do not believe I am capable of either, so I am going to pick up the current book and call it a day.
Posted by Ann at 5:43 PM