Going off in another direction

You will see that all the stripe outlines are worked and some of the broad chain stitches are filling them in. 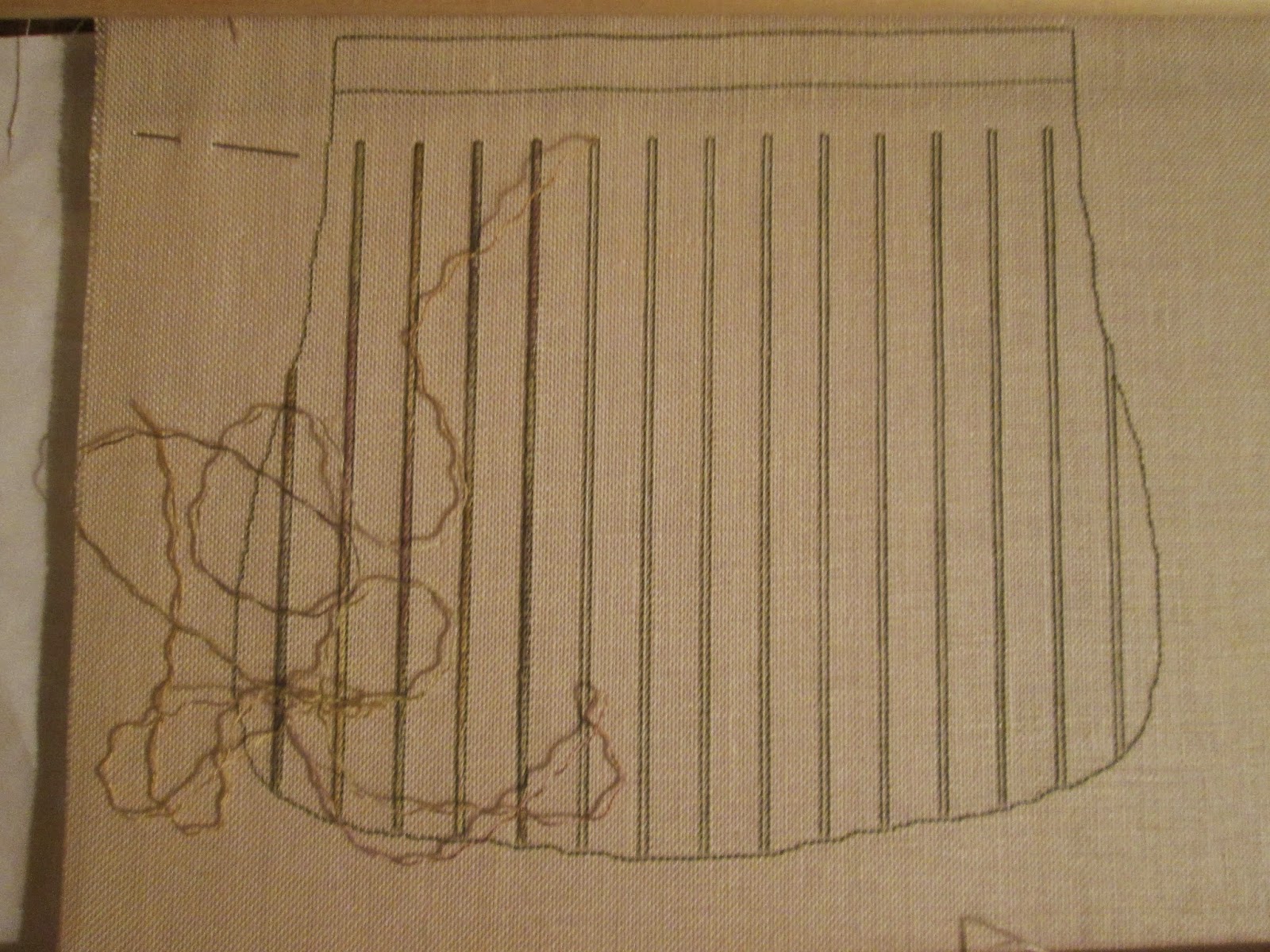 I had hoped to have Fair Maiden finished before leaving for Williamsburg next week (NEXT WEEK!!!!!) but I also have a long list of things I'd like to do around the house before then.  Usually I start decking the halls the day after Thanksgiving, but since we're going to see The Flash for Thanging Feast Two, I won't be here to do that. And I really like having my Christmas stuff around for the whole month of December.

Plus, I have a bunch of projects that I've been dying to just take a nibble of--just work a thread or two into the linen or canvas--just a little touch of the needle.

So, for the next week, I'm sampling a lot of things. I'm not abandoning Fair Maiden, but I'm not going to kill myself to finish the workbag before going back to Williamsburg.