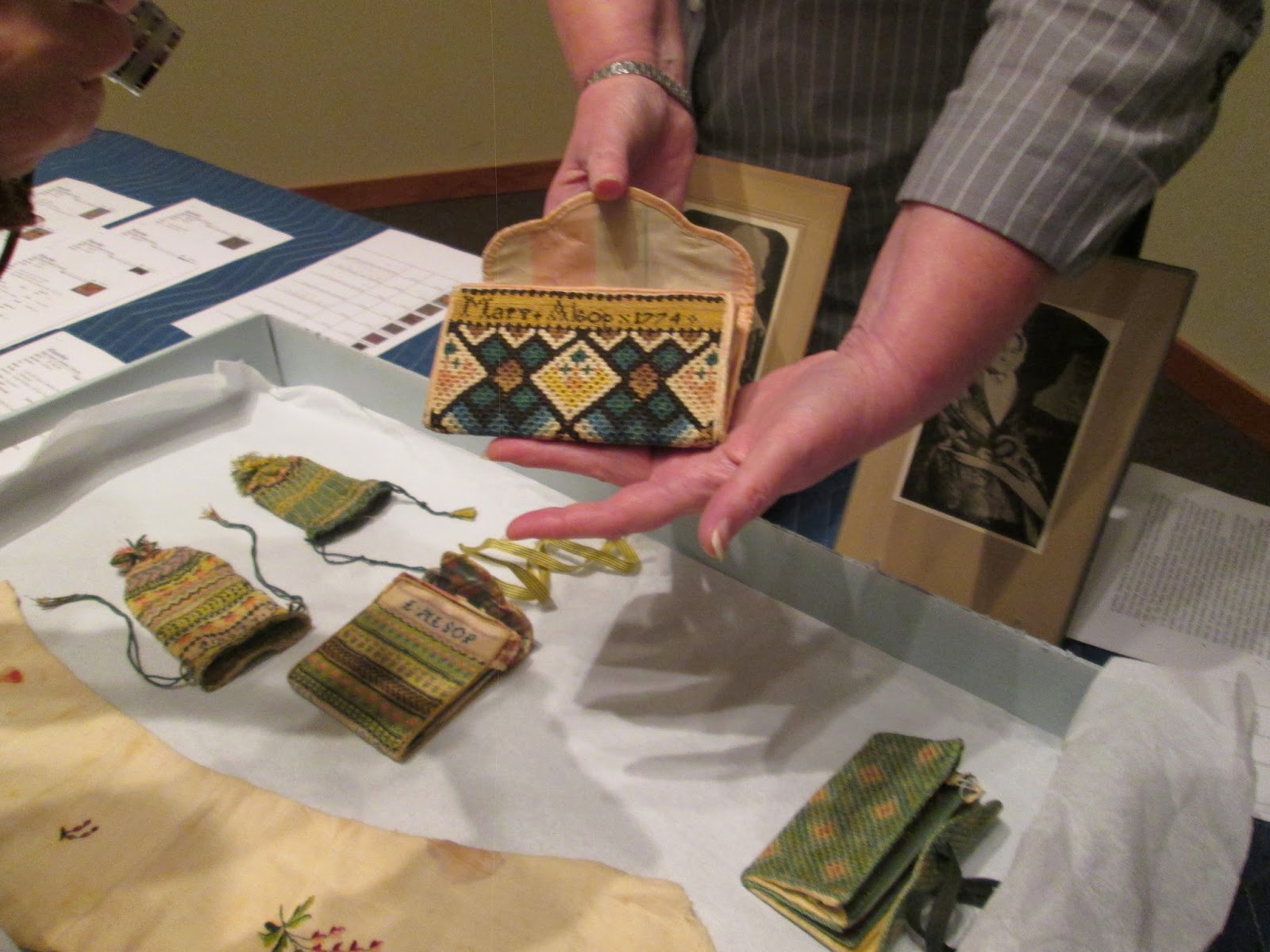 This is the original Mary Alsop pocketbook that Joanne Harvey reproduced for the class I took.

But I'm getting ahead of myself.


After the lectures, we had another lovely lunch--with tables set outside in the sun! Hard to believe that was only a week ago--we had snow in BOTH Carolinas yesterday, not just in the NC mountains--then it was off to our afternoon sessions. 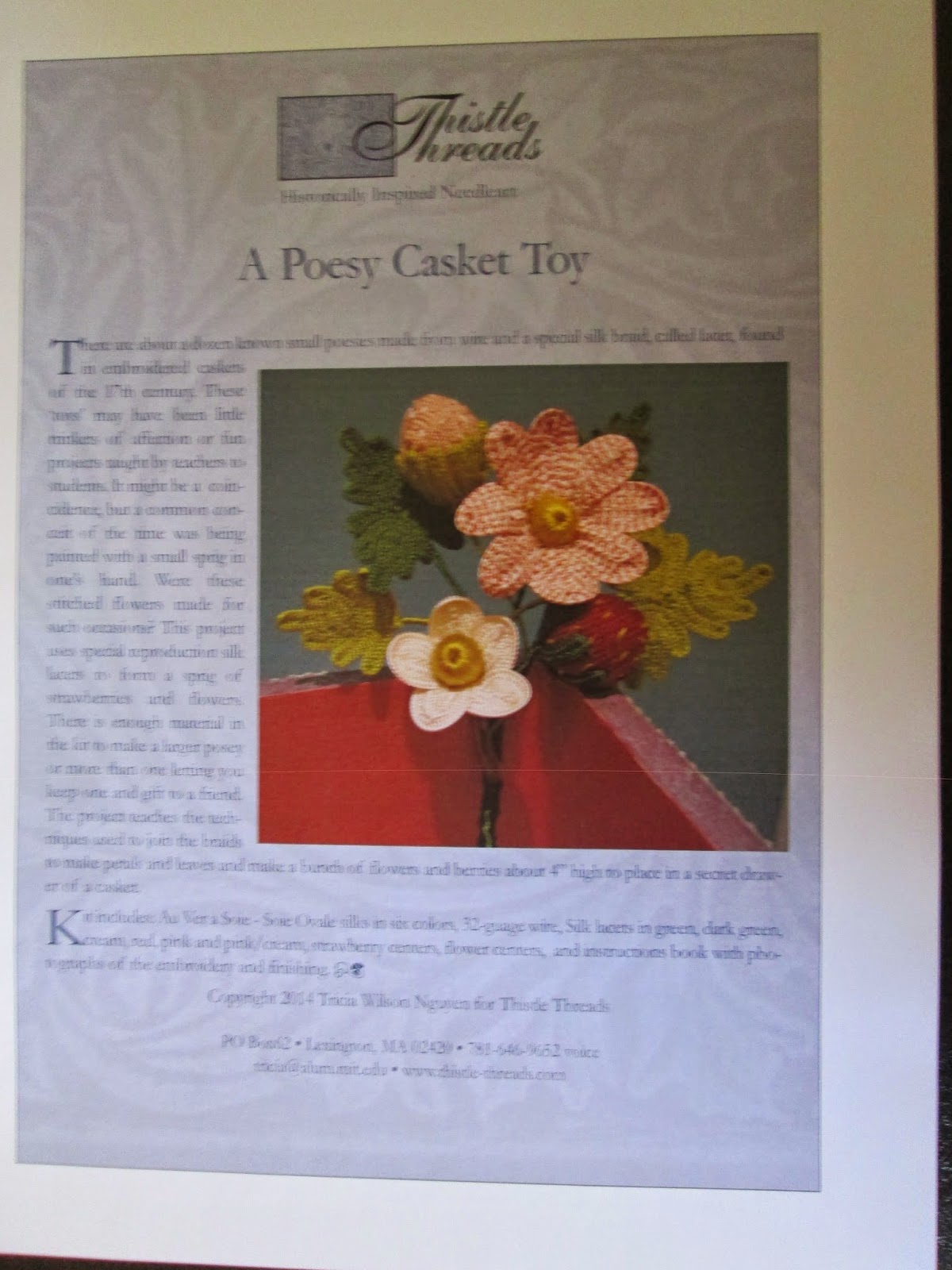 My first session was with Tricia Wilson Nguyen, my sensei of the 17th century. We're going to make this spray of flowers, a casket toy designed to fit in one of the drawers of our caskets.  It is tiny and oh, so sweet.

I actually did some stitching in this class. I made one very wonky petal. I've decided to hold off on working on this one until the long Thanksgiving week-end when I will have natural light and the Dazor magnifier available. I am not dwelling on the possibility that my pudgy, arthritic fingers may result in handing this off to Baby Girl to make for me.

After that, it was back to Joanne Harvey for the Mary Alsop pocketbook.  It is almost totally stitched in Queen stitches--what isn't Queen is cross over one.  And we got to see not only the original pocketbook but others in the Winterthur collection: 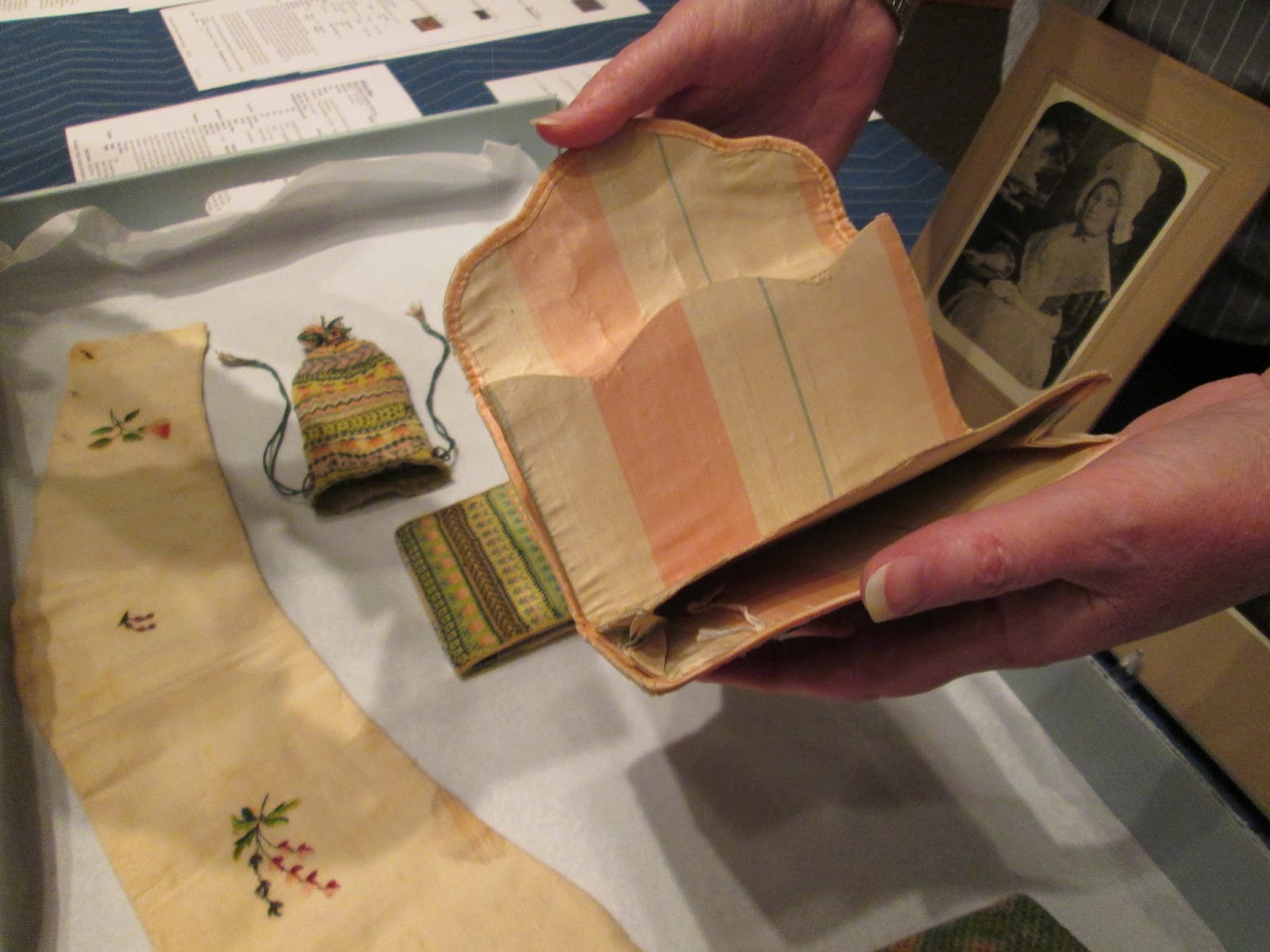 Here's the inside of the original. For a brief moment of insanity, I thought of attempting to do the scalloped edge--notice how the stripes are matched from the pocket to the back!--then accepted my limitations and have ignored that inspiration since. 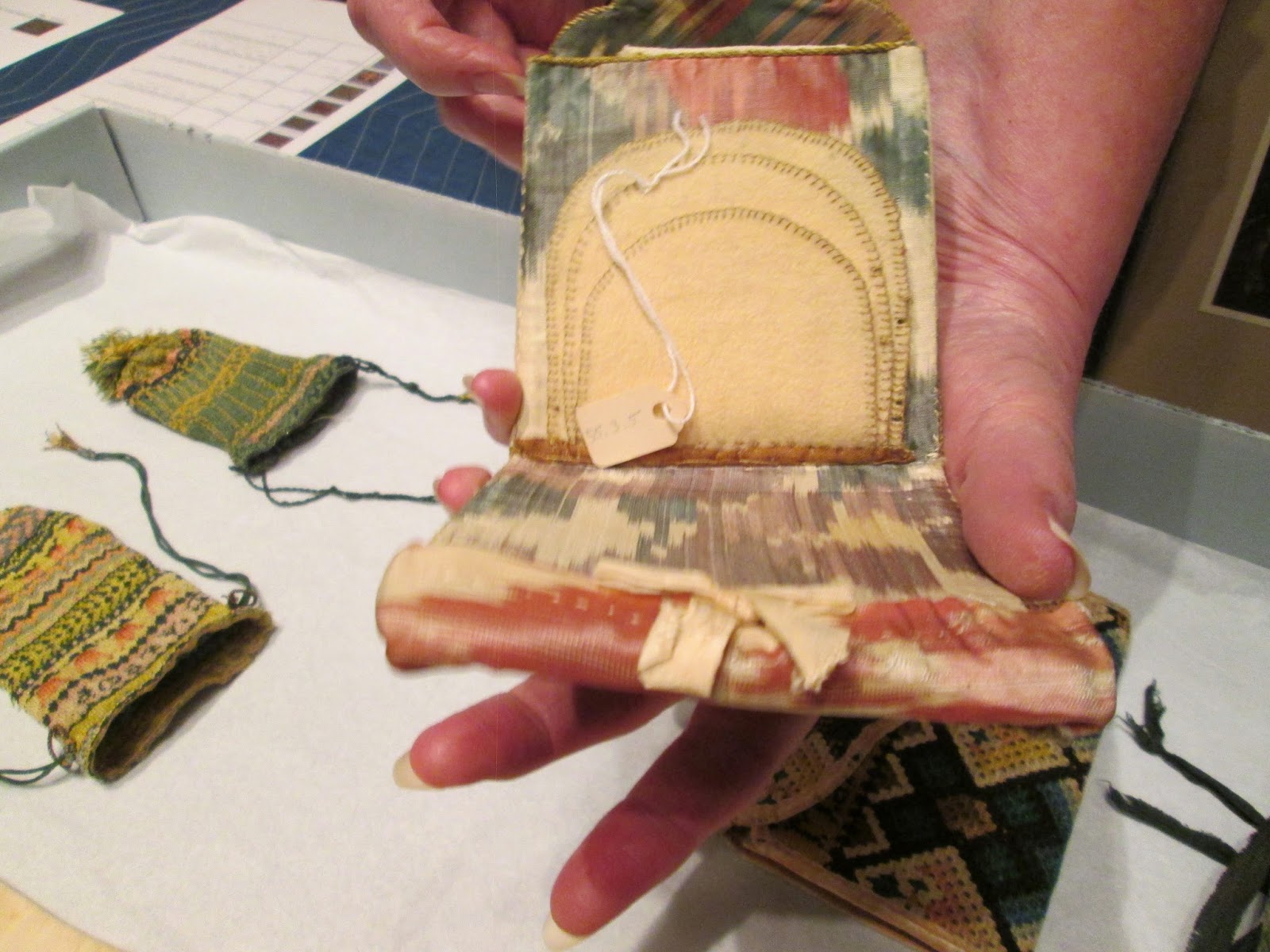 Here's the needle book in another purse. 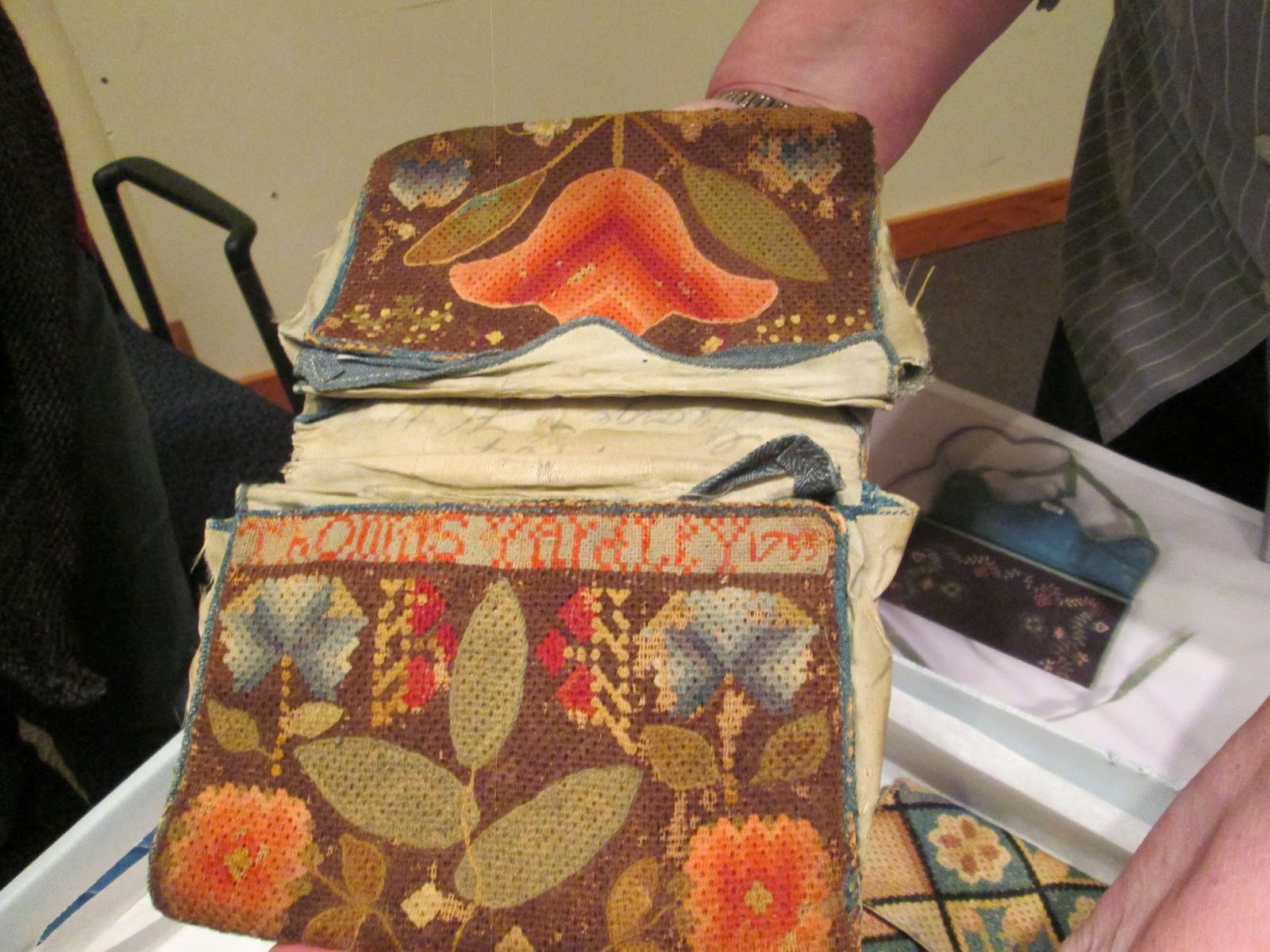 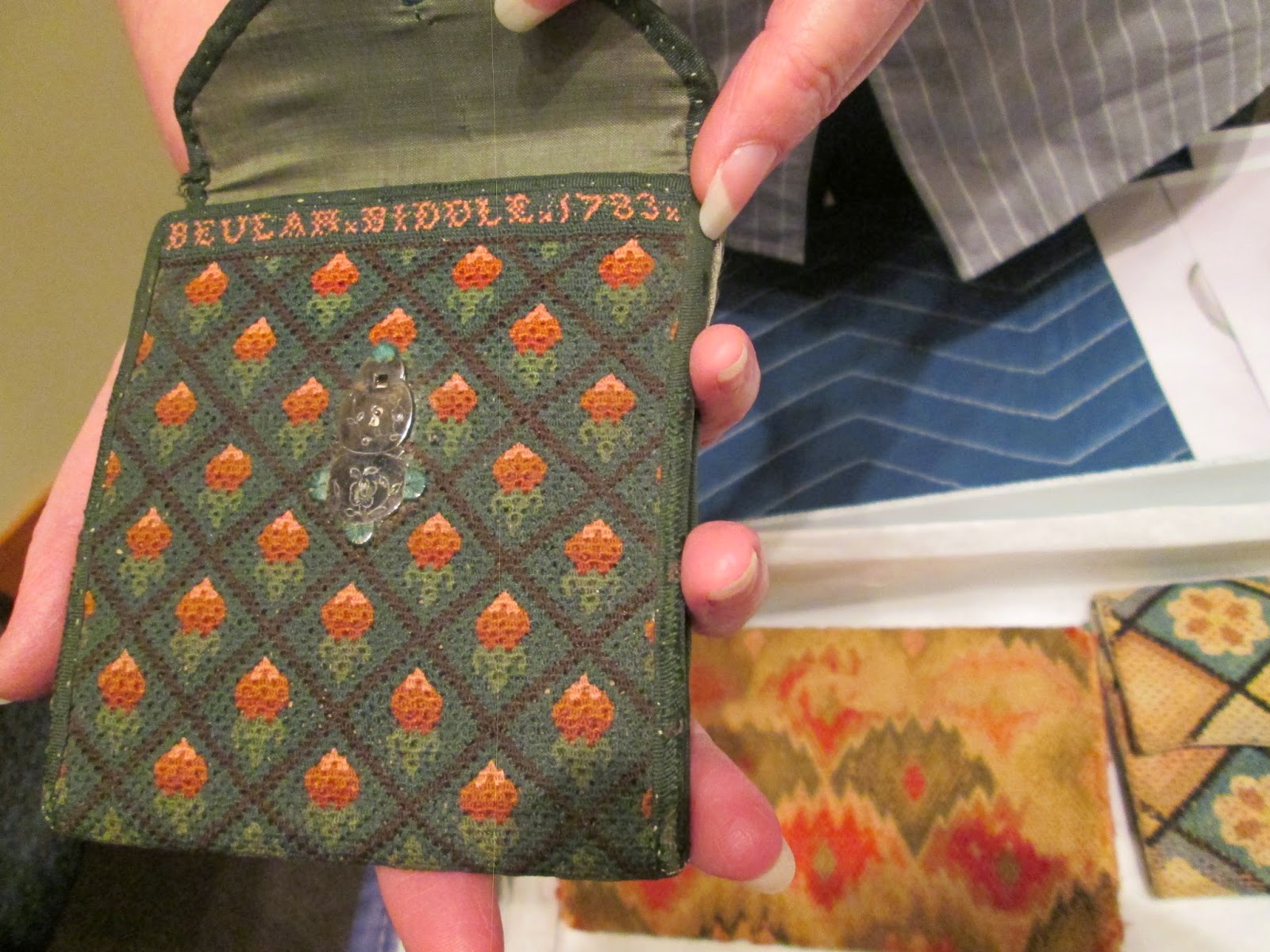 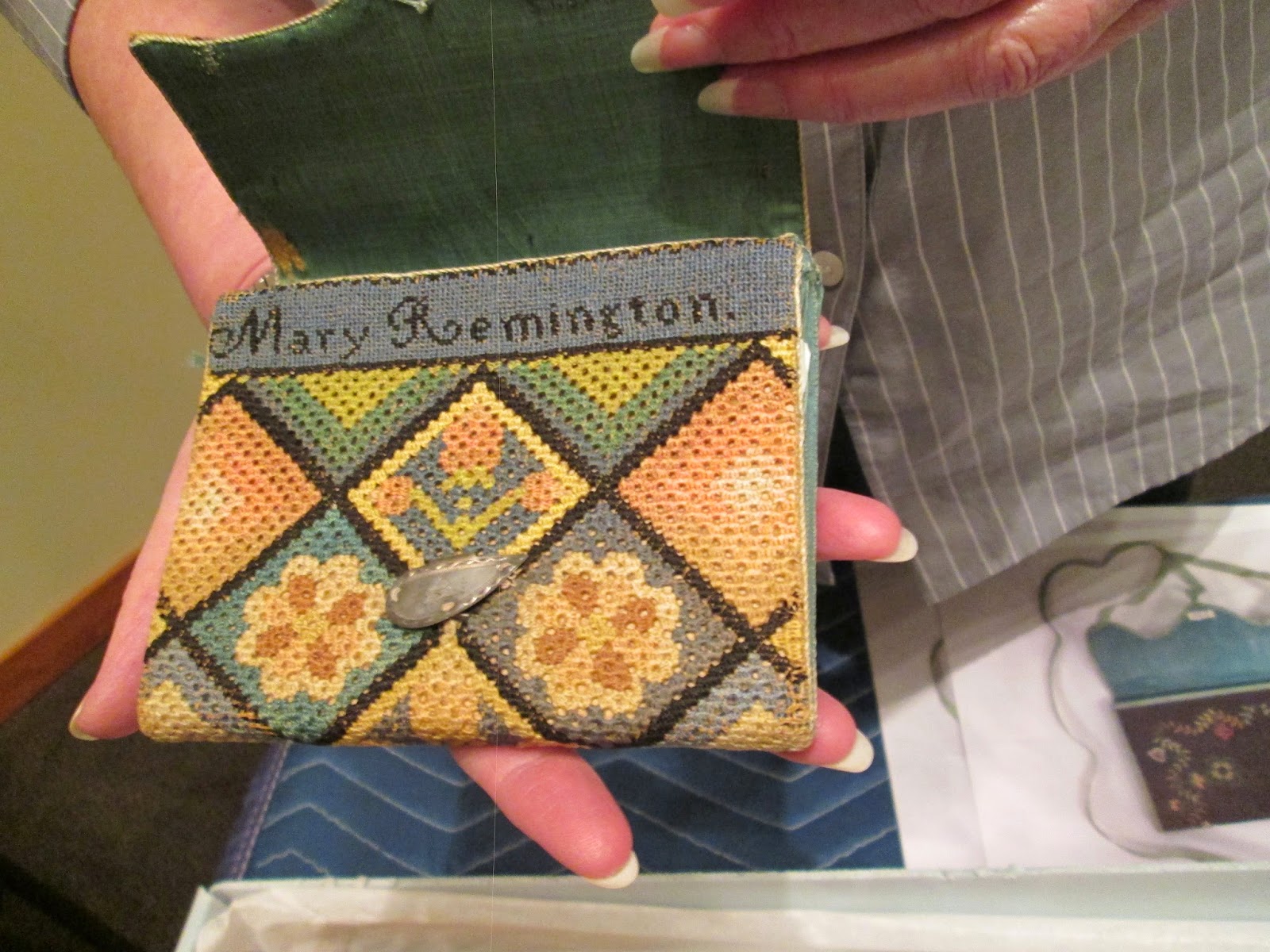 And then it was time to leave.

Of course I wanted to stick a needle in every new project the minute I got back to the hotel room, but I didn't have the appropriate scroll bars and I felt the need to iron the linen before starting anything. Yes, I had an iron in the room but I've learned it's unwise to trust hotel irons.  So I fondled materials instead.

Besides, Dearly Beloved had made dinner plans for that evening, and I was in a carb coma afterwards--so stitching was probably not a good idea.

We had another couple of days of the Great Escape left--more about that tomorrow.
Posted by Ann at 8:55 AM