A wee bit of stitching

I am ashamed to admit that I started this Christmas ornament last February. 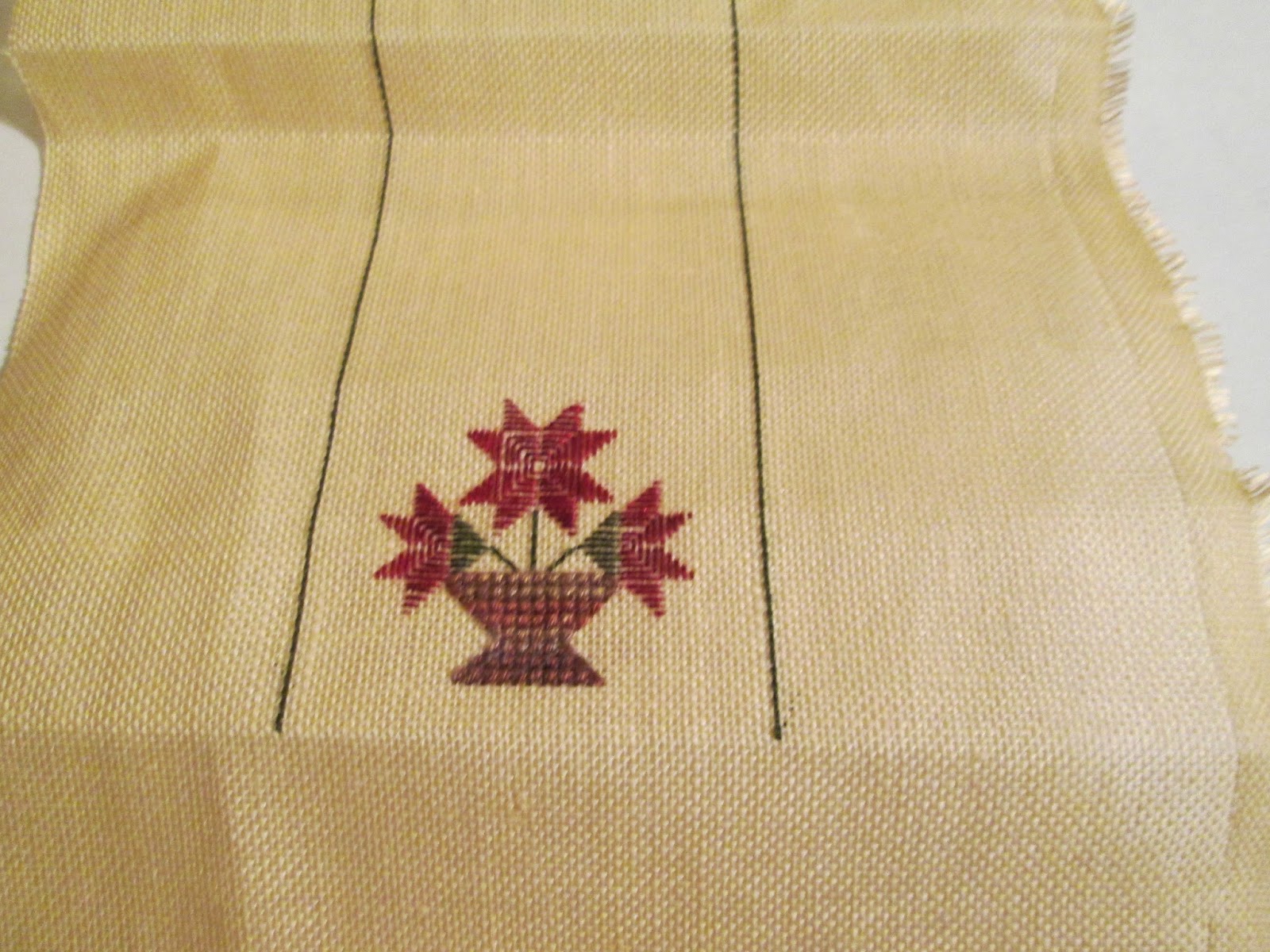 And then I forgot about it.

Until last night when I was rummaging around in the big tote bag (as opposed to the other tote bags that are not as big) and ran across it. The only thing left for me to do was stitch the poinsettias and put it together. Obviously, I have finished the stitching. Obviously I have not put it together.

I'd thought about doing that tonight. We've already had our Thanksgiving so I'm not chopping, slicing, dicing, baking and roasting.  Instead of finishing, though, I have been doing some major rearranging in our living room, which includes excavating my corner.

You should know that any rearranging is fraught with trauma in this house. My mother-in-law was an interior designer. Dearly Beloved never knew where anything would be or how it would look from the time he left for school until the time he arrived home--she once sold his bedroom furniture to a client who fell in love with it. He slept on a mattress on the floor until she decided how she wanted his room to look in its next incarnation. One of the things he asked me when we were talking about marriage was whether or not I like to move furniture around. At the time, I thought that was majorly weird until I met his mother. At that point, I realized it was only a minorly weird thing.

Anyway, we have to move stuff around to get the Christmas tree in, which will happen sooner than I think it should, so I may as well make some other changes at the same time.

And I have come to the conclusion that we need another bookcase but we have no wall space left for one. Dearly Beloved has suggested a pulley system and a series of boxes that we can raise and lower from the ceiling to contain the overflow from the current bookcases.

His mother would not approve.