Birds of a feather

There are now two birds perching on Martha Edlin's sampler: 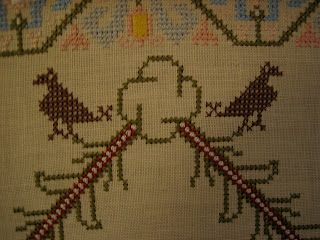 Both of them flew exactly where they should . . . this time.

And, as promised, pictures from the week-end. 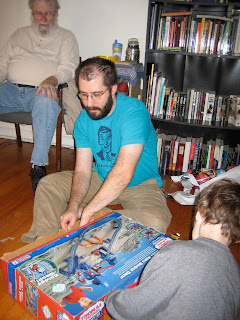 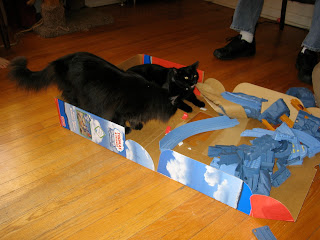 And two of the four cats also assisting.

I did not get a picture of the completed structure because I was too interested in the way it worked.  The reason people have children, I have decided, is so you can play with their toys without being considered strange. Or stranger than usual.
Posted by Ann at 5:48 PM