I have been asked what Baby Girl does while I'm taking classes--other than acting as driver and hauler of suitcases and tote bags.

She is quite an accomplished needlewoman in her own right.

Before we left for Salty Yarns, she created a new watch band. 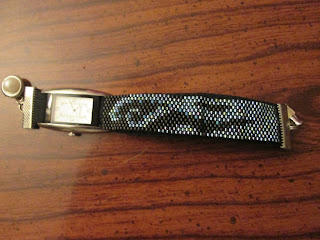 Her watchband broke. Instead of buying a new one, she made one instead. It started out to be sort of steam punk with bobbin lace (which I can't do) and metal bits, but she decided that would be too fragile. So she designed a beaded band (I also can't bead).  I like the offset clasp, so that she had more design area for the beaded band itself.

And while we were there, she threaded up her electric needle and did the outlining for the Halloween etui that came from Blue Ribbon Designs several years ago. 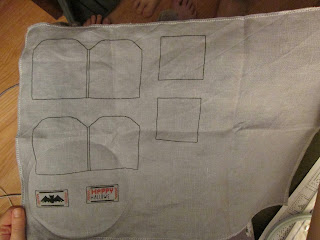 And why isn't she taking the classes with me?  Who do you think is going to end up with my stash anyway?