I've started one of the panels for the Tulip Tray: 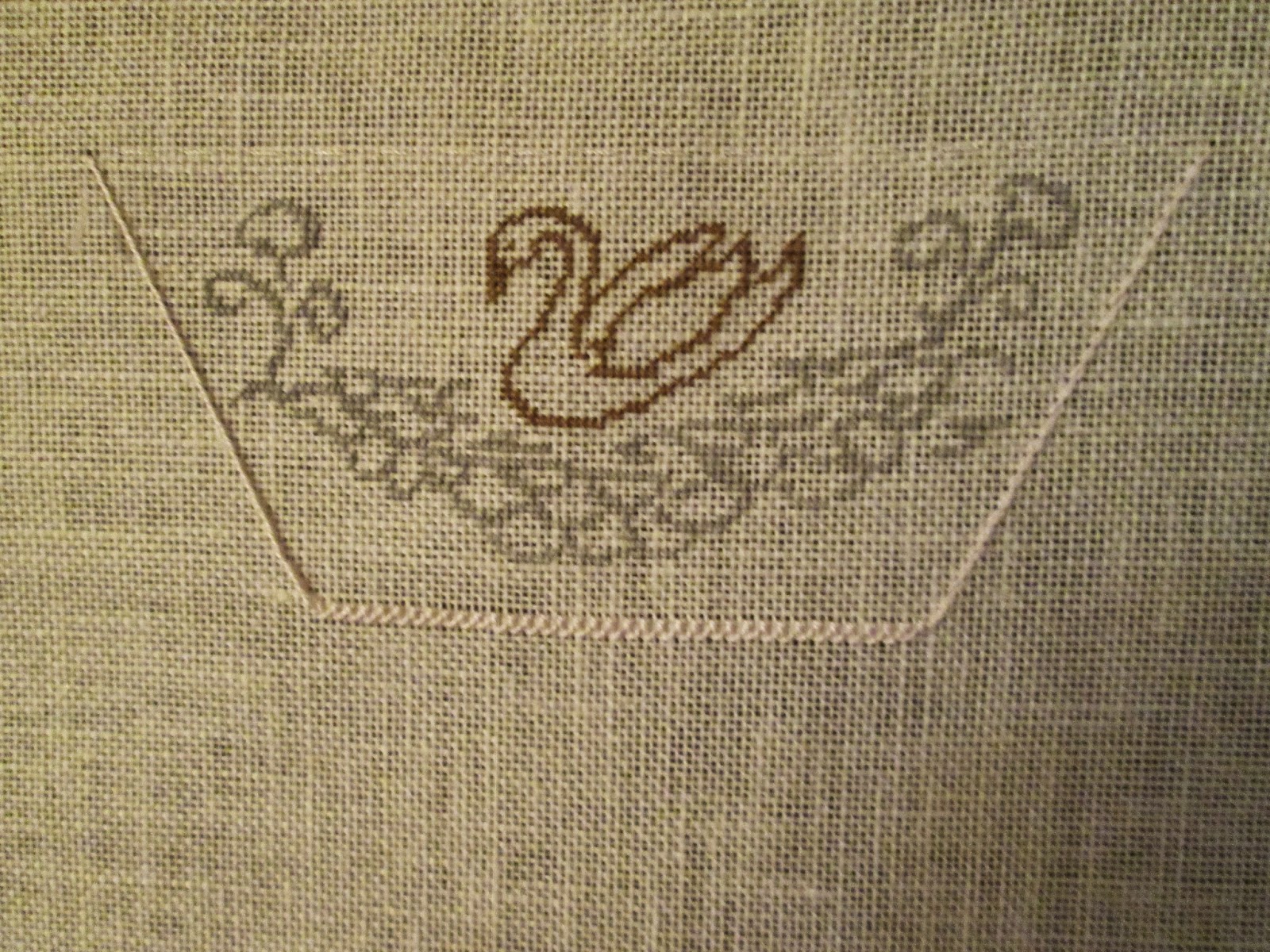 Not much for a week-end, but I've been involved in another activity.

Dearly Beloved and I have been talking about the possibility of downsizing, which means we need to get rid of stuff to be able to live in smaller quarters. We decided to start with the closet in the master bedroom. We thought we could knock that out in a couple of hours.

We're still dragging stuff out and going through it. Dearly Beloved was distracted by a stack of old National Geographics stuck in a corner behind three boxes of books.  They were stowed there to get them out of the way while we figured out where to put another bookcase.  Based on the publication dates, they were stowed at least three bookcase purchases ago. And we need another bookcase since we now have stacks of books on the stairs. And if we move to a one-level home, we won't have stairs on which to stack books.

You may see part of the problem.

I have to admit I was distracted, too. In the far reaches, I found a large plastic storage box filled with projects all kitted and ready to go. It looks like The Essamplaire, The Examplarery, and Scarlet Letter threw up in the box put their entire inventories in my closet. There are also workshop and class kits from a variety of workshops and classes--all started.

I realize that I passed SABLE (Stash Acquisition Beyond Life Expectancy) a long, long time ago--but I think I'm into about the third or fourth incarnation.

So, rather than having one or two projects from the sooner-rather-than-latter pile in my corner, I have pulled out a lovely wicker trunk (also found in the closet), emptied it of a pile of clothes that are heading to Good Will, and filled it with a large assortment of things that I'd like to do sooner rather than later. It is now sitting near my chair where I can't miss seeing it, so that any time I plop into my chair, I have no excuse for idle hands.