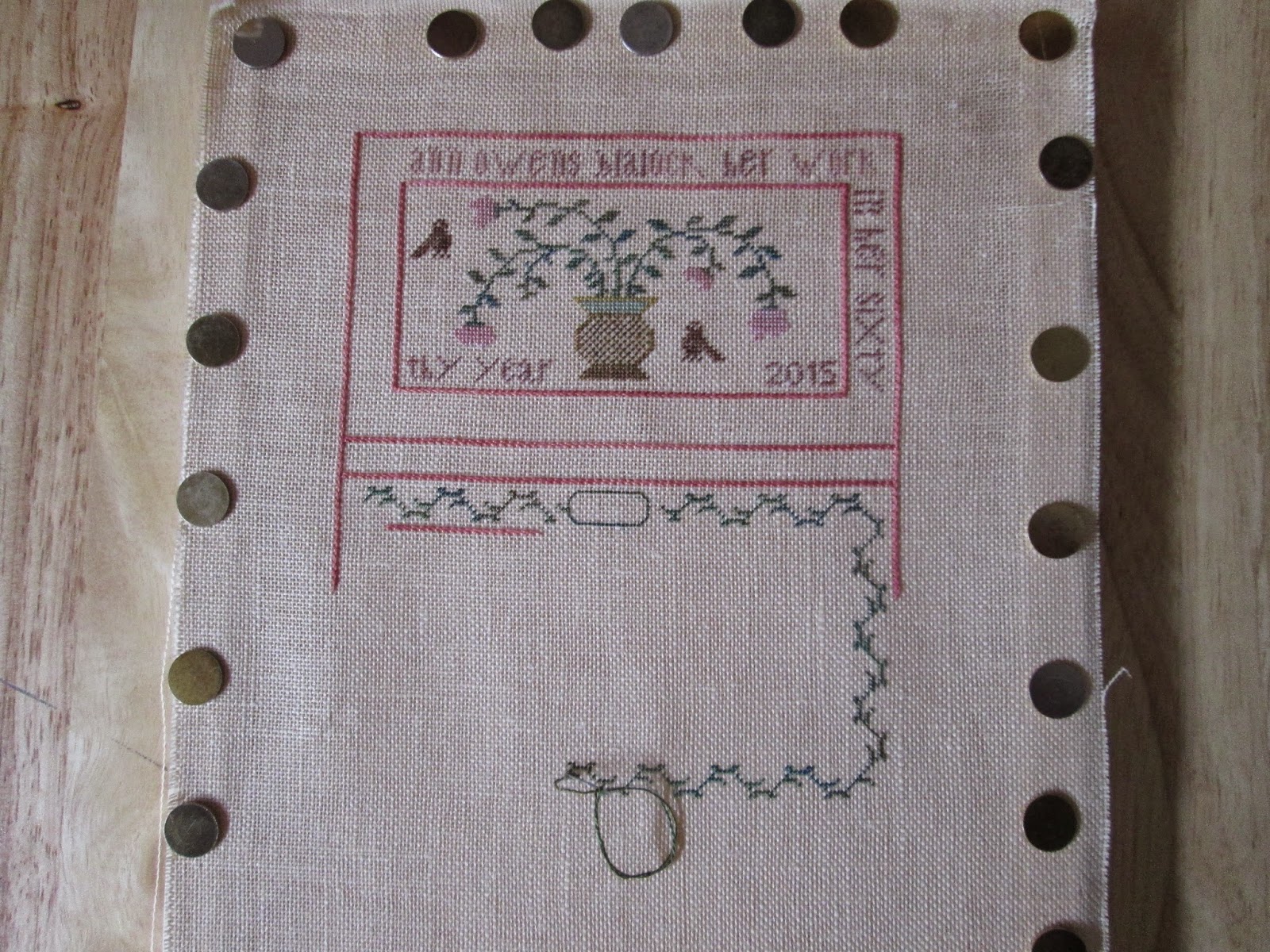 While I've been stitching leaves and vines, I've been trying to figure out how to personalize some of the areas.  When Merry Cox designed this set, she dedicated it to one of her granddaughters.

The Flash is not showing any inclination or desire to stitch, and, if he did, I'd need to stitch someone from Hogwarts instead of a lovely lady and sharks instead of flowers. I thought about just putting Baby Girl's name on it instead of Raina's, but when I said something about "precious Baby Girl," she almost barfed. I would really have to stitch "snarky Baby Girl" instead to be realistic.