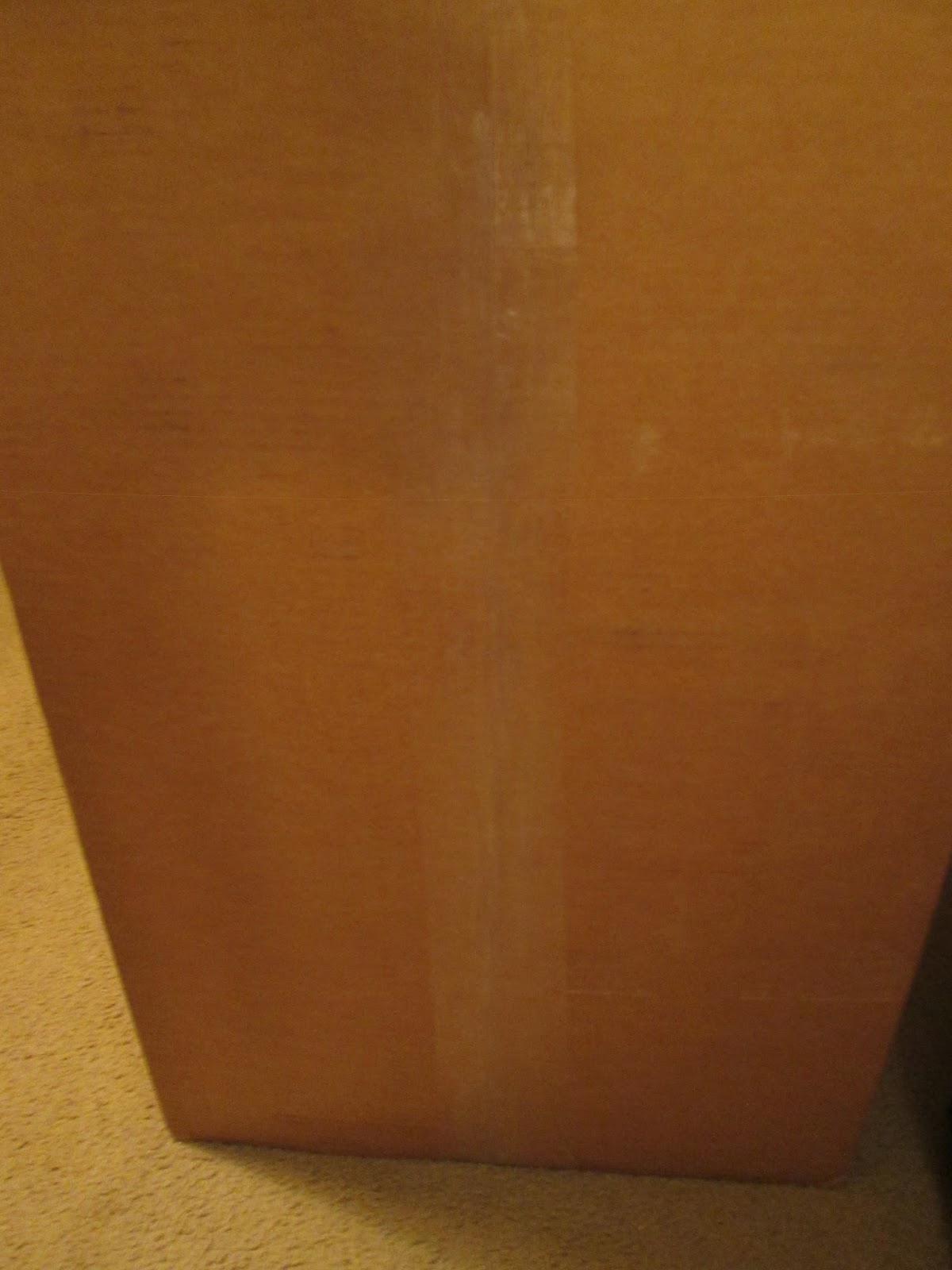 This giant box, which is taking up an immense amount of floor space, contains a treasure.

Just before Christmas, I ordered a frame stand from Judy O'Dell. I've been waiting, more or less patiently, for it to wend its slow way by mule train across the country. And today it arrived.

Now why, you ask, have I not torn into the box and put this thing together?

There is Some Assembly Required.  The stand is made from wood. Dearly Beloved loves wood and he loves to assemble things made of wood.  He had volunteered to put the stand together when it arrived.

However, he is under the weather, so under the weather he did not want to eat dinner tonight, he just wanted to go to bed. As he tottered and lurched his way upstairs, he growled at me to leave the box alone, he would take care of it tomorrow.

I am quite perfectly capable of putting the stand together. (I am Woman, hear me roar!) It would probably take me awhile, but I could do it.

Or I could wait and let Dearly Beloved assemble it, probably in less than 15 minutes flat and without trauma. Meanwhile, in the time I would have spent figuring out what to do and how to do it, I could be stitching.