Ever closer to the end!

I've almost finished the needle book for So Dear to My Heart! 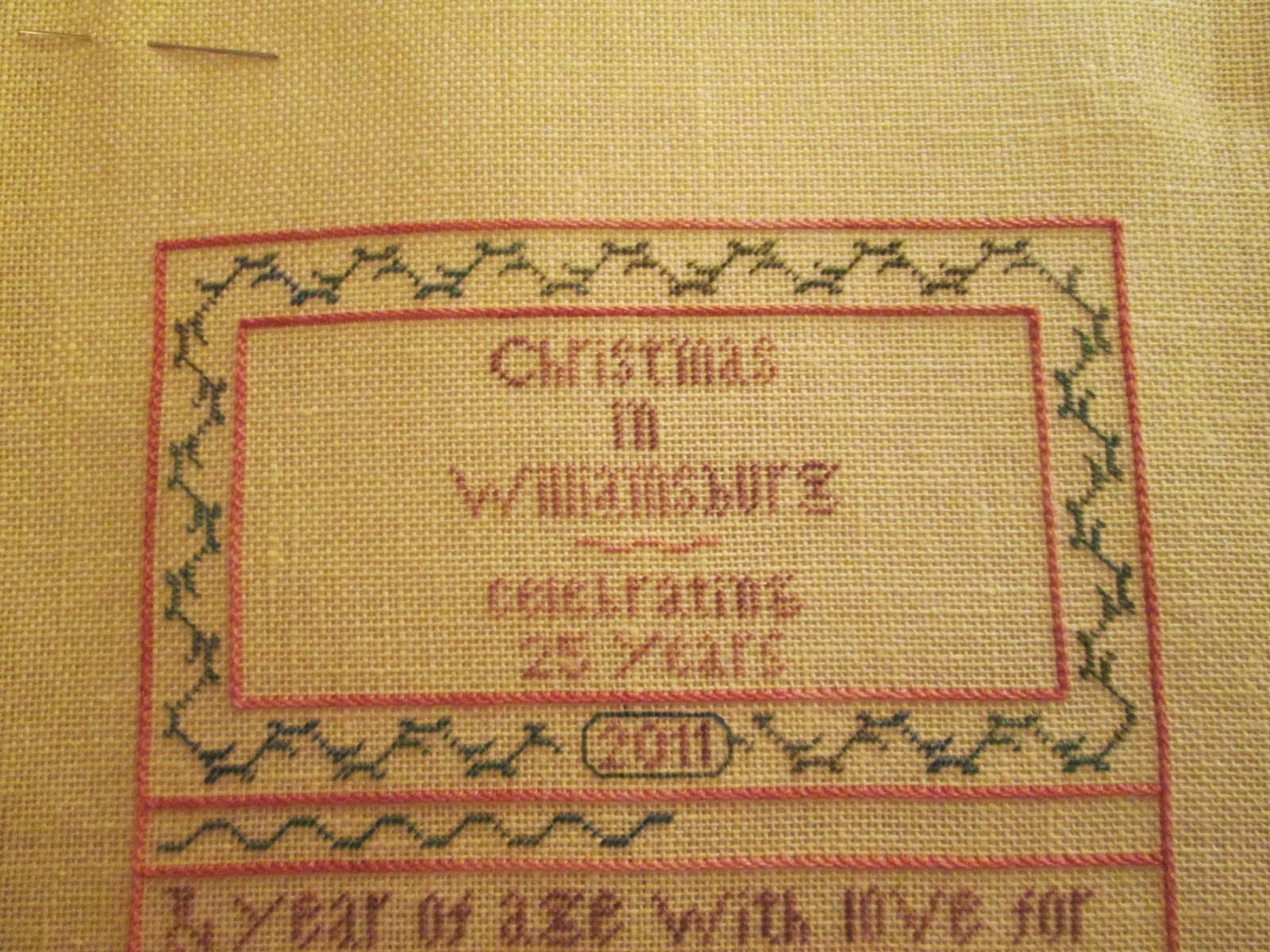 I have all the lettering done, and that seems like a major accomplishment. I have mentioned before a time or two or two hundred that I don't enjoy stitching letters.

Actually, there is supposed to be another line of personalization on the spine of the case. Last night I spent the entire evening trying to chart something out, then stitching in a little, then ripping out, then re-charting, the stitching, then ripping until I finally put it all away and went to bed with a book.

In the middle of the night it struck me that I do not have to put lettering on the spine. I could do something entirely different--so I'm doing another vine.

In the middle of the night it also occurred to me that I hadn't stitched in the flowers on the vine around the second side, so I wasn't quite as far as I had thought--but I think I will be finished with the embroidery by the week-end.  Then I can ruin spend the week-end doing the finish-finishing.

And then I'll go to another project.

The mail carrier brought a couple of things this week that have gone into the pile of things to do sooner rather than later. 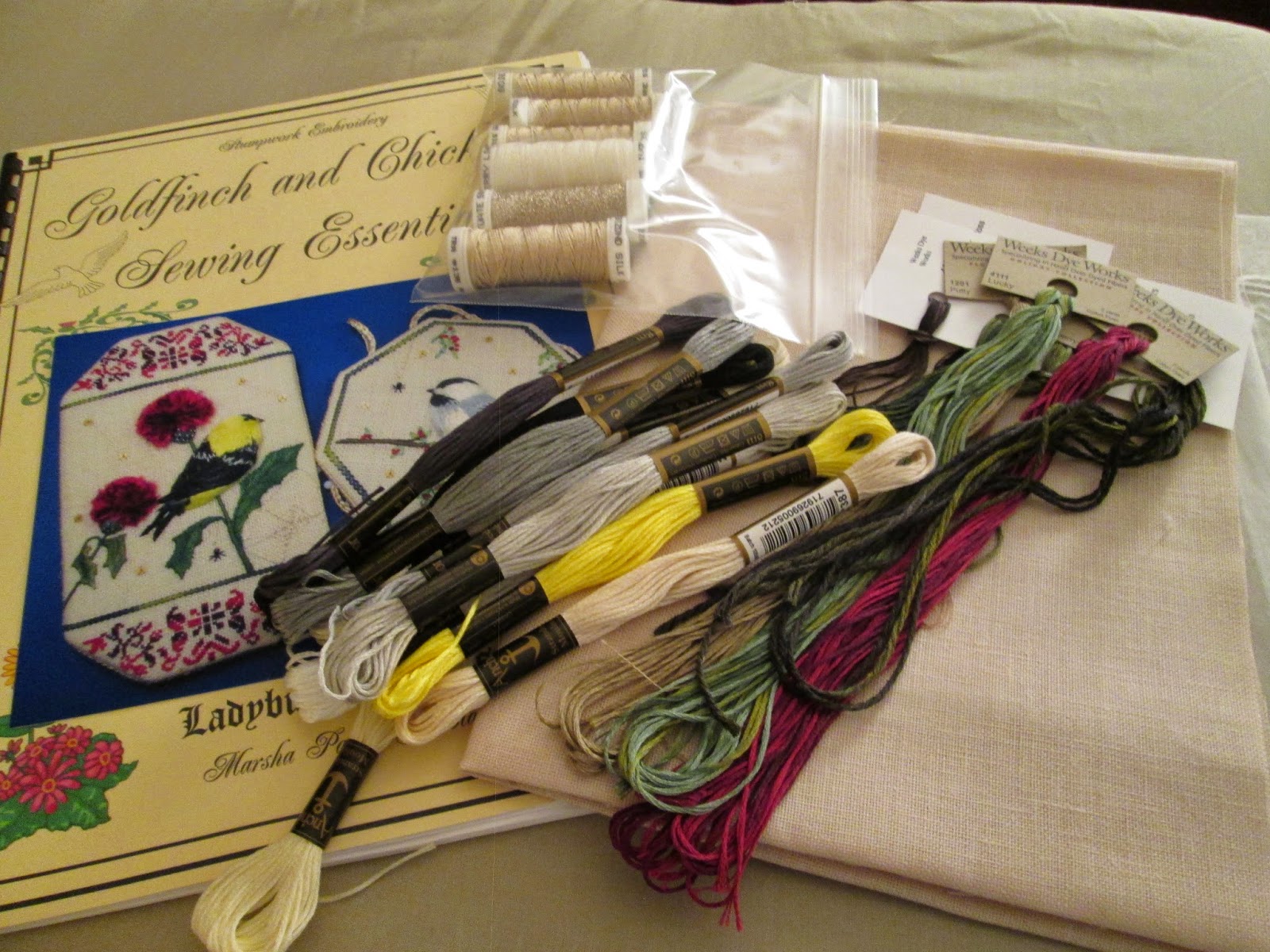 There are literally piles of threads for this project, an online class I'm taking from Marsha Papay-Gomula.  A couple of years ago I took her Bluebird Needle Case and have been very happy with it.  It was a no-brainer to sign up for this class as a result.  I need to iron the linen and locate the stretcher bars. 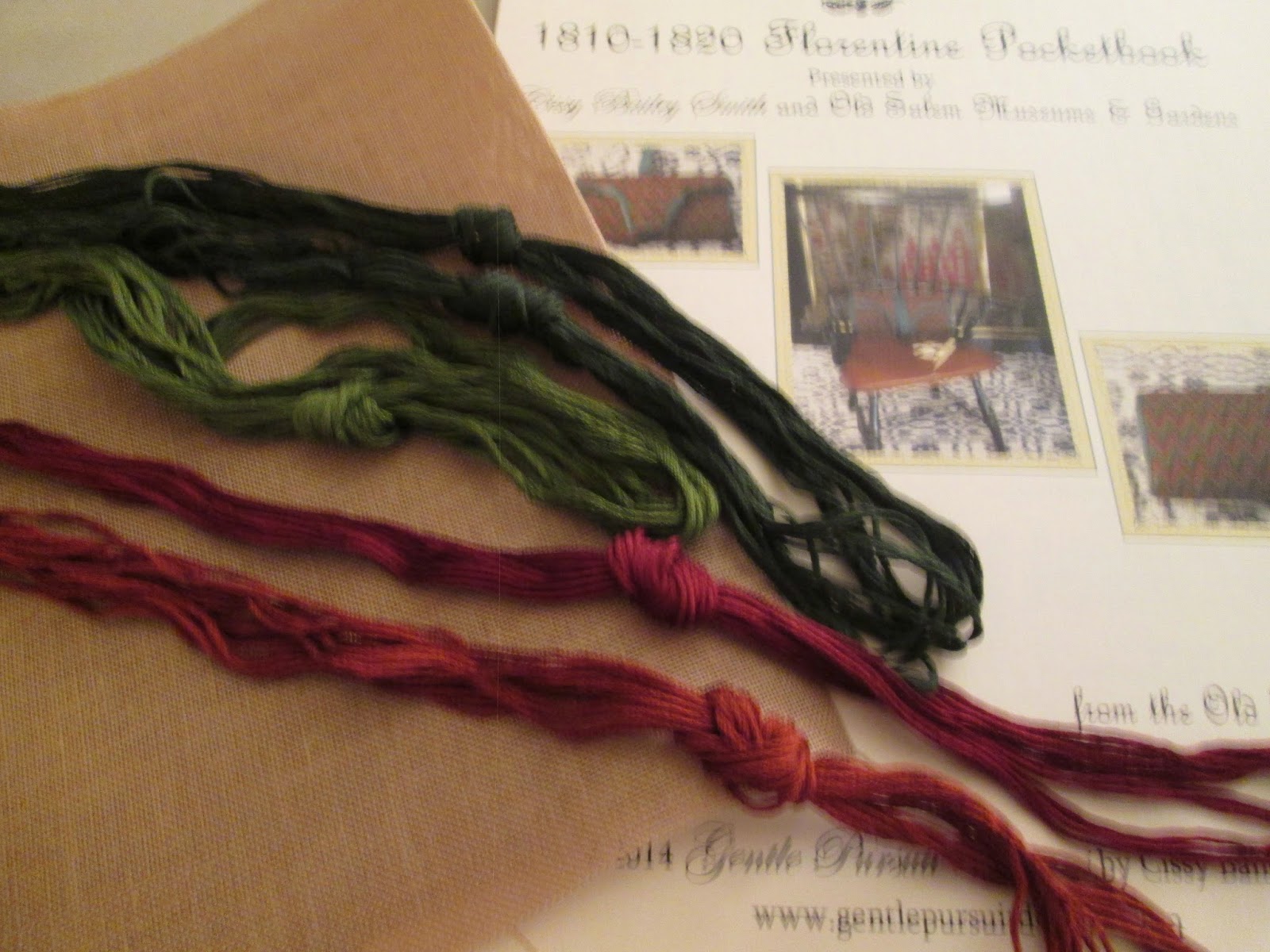 I have no idea why this picture is blurry, but it's the best of the lot that I took.  At least you can see how rich the colors look.

My dear friend Cissy of Gentle Pursuits has designed a pocketbook based on a piece in MESDA's collection. MESDA is the Museum of Early Southern Decorative Arts in Winston-Salem, NC. It is a treasure trove of exquisite furniture, textiles, and other examples of material culture from this part of the country. If you've been to DeWitt Wallace in Williamsburg for their latest exhibit, you've seen pieces on loan from MESDA.

Anyway, Cissy is offering this design as either an individual chart or you can get a complete kit from her.  And I don't think I'm spilling too many beans to say that she's working on a set of smalls that will go in the pocketbook. Cissy also has a series appearing in SANQ at the moment.

I thought about starting one of these projects next, but I've also been leaning toward finishing Sherri Jones' Tulip Tray, which I started at Jeannine's Gathering several years ago. Cathy B at needleandthread has been working on hers lately and it's floated to the top of the sooner-rather-than-later pile.

And then I have a stitching retreat to attend in about six weeks . . .it's never too soon to start planning what to take to something like that!