off on a tangent

The way I thought I was going to spend the day was abruptly changed late last night.  Not to worry, we're all OK, but I had to deal with a matter in my extended family, and I just got home.

So there is no stitching tonight, but I did vow to post every day in March. (What was I thinking? March is one of the 31-day months!)

I do have something to show, though, that I pulled out of the stash the other night after my EGA meeting.

A guild member died and her husband donated her stash to the guild, so we had a sale and silent auction to raise funds for a workshop.  One of the things that was donated was a project we had worked on at ANG, and it was in my stash at home. And I wondered why I hadn't finished it before now. 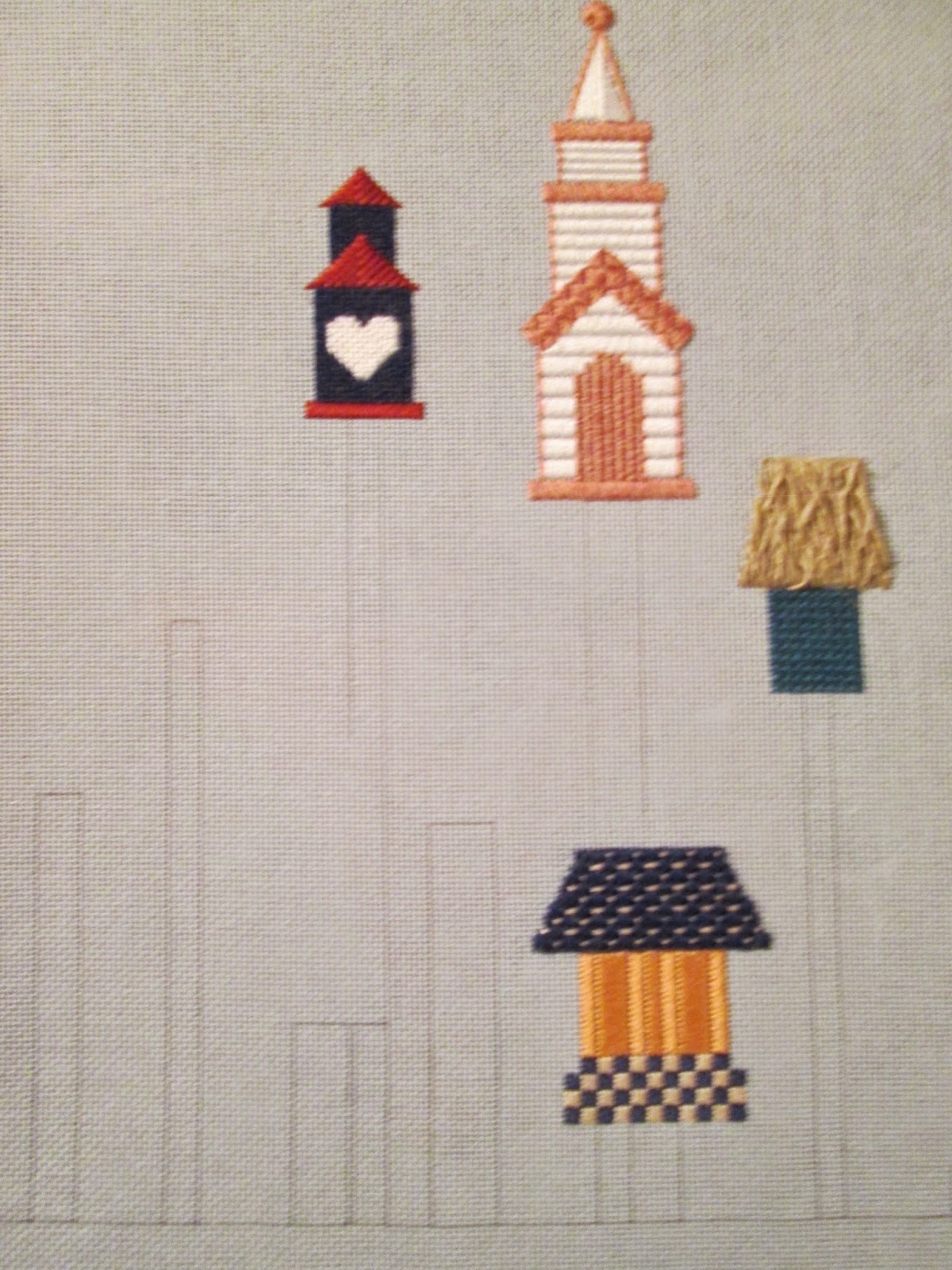 This is Garden Community from Debbie Stiehler. And it is going into the sooner-rather-than-later pile.  I need to have some canvas in the mix, anyway!
Posted by Ann at 6:38 PM