Just by coincidence, the band I'm stitching on Ann Lawle this month was originally worked in February of 165-something. We seem to be missing the last digit in the year and the last letter in the month. 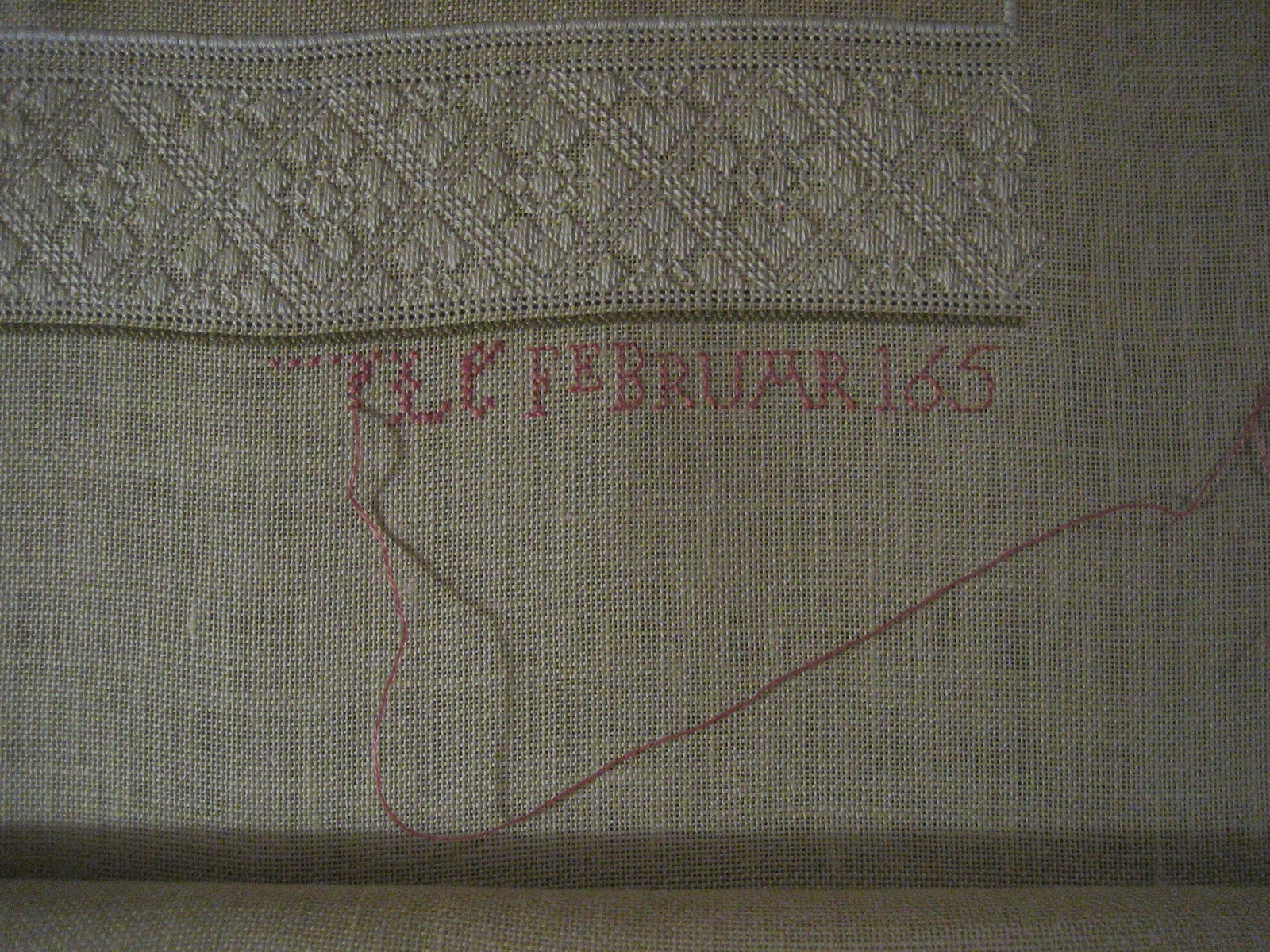 I've also decided I need to call the Overly Ambitious list the Ridiculously Overly Ambitious list since I've now added yet another project to it.  Not only do I have Sweet Heart of Mine on the list now, I also have decided to join the SAL for Ellenor Wycks. I think she was the first SL kit in my stash and apparently I've been "saving" her for some reason. The SAL may be it.

And this means that I really need to get off-line and stitch between the commercials on the Super Bowl. No, I'm not really watching the game. Dearly Beloved has it on.  He is disgusted. And I'm still waiting for this year's most memorable commercial--haven't seen it yet . . .
Posted by Ann at 5:23 PM