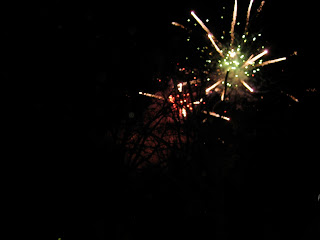 Thanks to all the members of our Armed Forces--and to those who keep us safe here at home--the firefighters battling the wildfires in the West and the linemen who are working through the holiday to restore power to those suffering through the heat in the East.  Many, many thanks--words are too small for the enormity of the job you all do.

In my mundane little world, I've continued to stitch through this holiday.  This is where I stopped last night with Martha Edlin (who was much more cooperative yesterday). 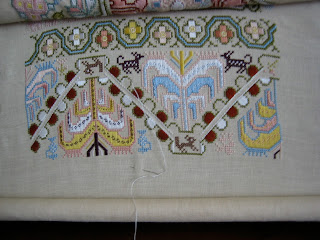 However, I also decided I needed a break from Martha for a day or so before Stitcher's ADD kicks in--this can happen all too easily when I focus too intently on one project for too long.

A week or so ago, I was rummaging through the stuff I brought home from the boutique at Christmas in Williamsburg.  Yes, it's mostly still in the bag I brought it home in. And, yes, I have pulled a few things out and stuck stitches in them, so it's not just a case of Stitching Hoardom.   Anyway, before we go down that path too far, I found a little pinkeep kit from Merry Cox that--guess what, celebrates the Fourth.


Oh, ho, said I, this could be a fun project to do on the Fourth. And I stuck it in the basket by the wing chair, where I promptly forgot it--until I tore up heaven and earth at midnight last night looking for it again.  I really need to make notes on where I put things. And no, this is not a loss of memory coming with age. I have always been this absent-minded. Ask my mother.


And this is what I've done with it thus far today: 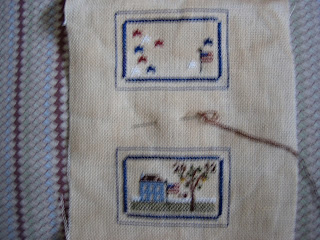 I need to figure out the personalization and put it together--and that may just happen before I go to bed. Hopefully, the next photo won't be so fuzzy. . . don't count on it, though, I stitch much better than I take pictures! (like you didn't know that already)

Anyway, Happy Rest of the Fourth to you. We're going to settle in to watching the fireworks on TV later on, after the ribs and corn on the cob and watermelon!