Not a good start

February is not starting off well for me.

I was all psyched to get the carrier case for Tsubaki assembled today. Last week I had ironed all the pieces and laid them out with their charts (so I would remember which piece was for what) on my worktable. I had the Mylar cut.

Today I decide to get started, pulled out the assembly directions, and discovered the first piece I needed to work on was not there.

Neither was the chart.

I spent the next two hours searching--everything but pulling up the carpet. It is gone.

The only thing we can figure out is that somehow it was knocked into the trashcan by the table, which Dearly Beloved emptied yesterday.

I am going to have to restitch it.

On the other hand, I do have some good news to report. I finished the first alphabet on Ode, then started and finished the second one, and then started the third. I believe I will work on that today and just avoid thinking about Tsubaki, at least until I can restitch the missing panel. 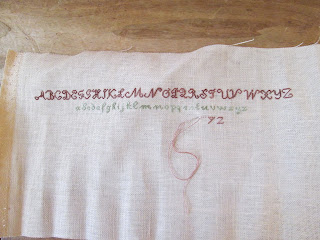