We went to visit The Flash this week-end. He was literally bouncing up and down when we arrived. And he never stopped. He announced on a regular basis, "I'm so exciting!" His mother would gently correct him, saying, "I'm so excited."  He would stop bouncing for a minute, look at her, and then state firmly, "I'm so exciting."  I tend to believe him. 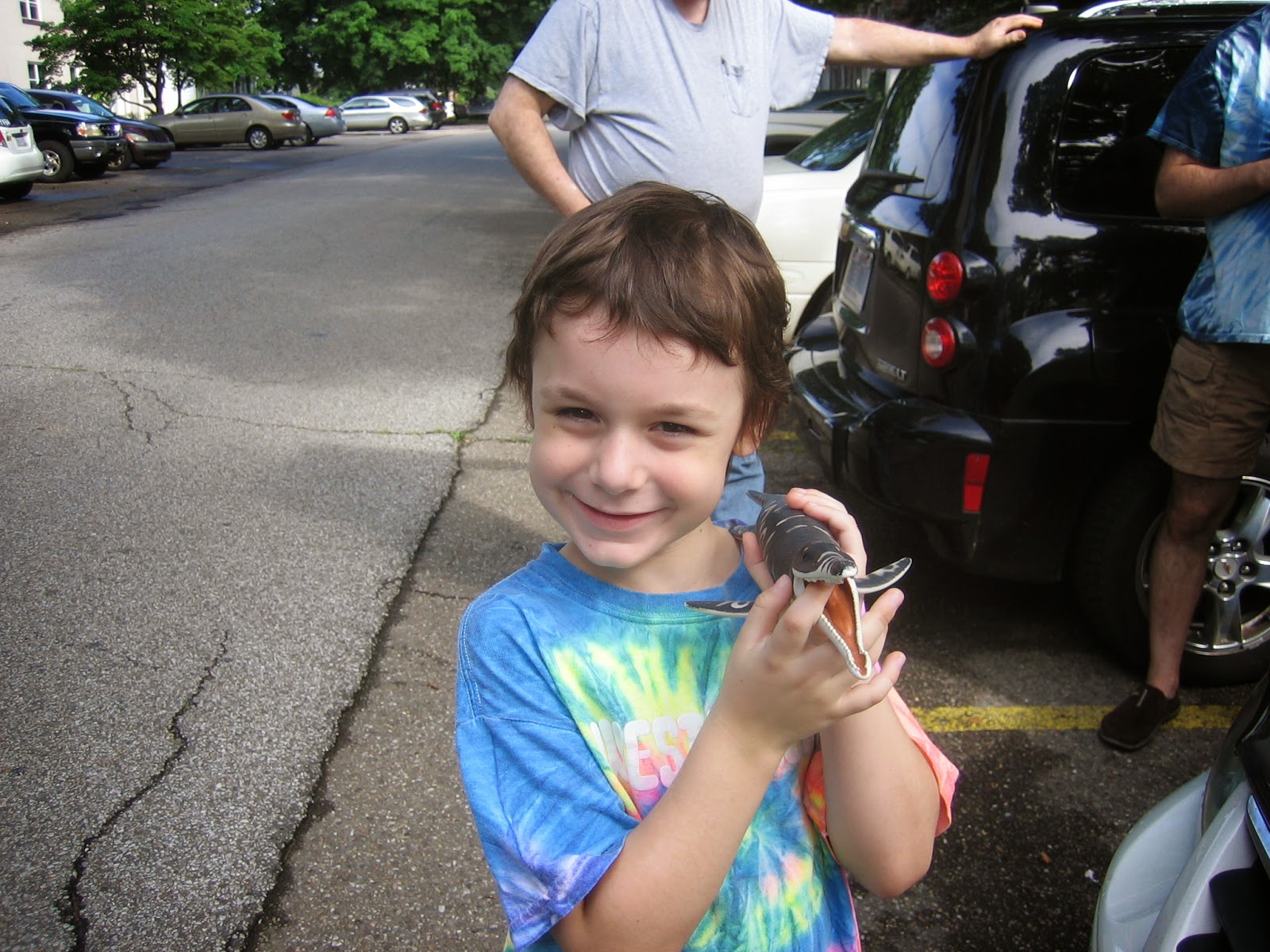 I actually managed to get a shot of him without something in front of his face! He was showing me the giant teeth in the mouth of a dinosaur before we left this morning.

Yesterday we spent the morning at a street festival and the afternoon recovering from the humidity at the street festival. We also watched a Care Bears movie, which I realized I had watched with his father and aunt. It then occurred to me that we perhaps have a Care Bear hiding in a box in a closet somewhere, and it may be time to excavate that closet.

I took my needlework bag with me. I swore this time that I was going to put a stitch or two into something before we left for home, and I did: 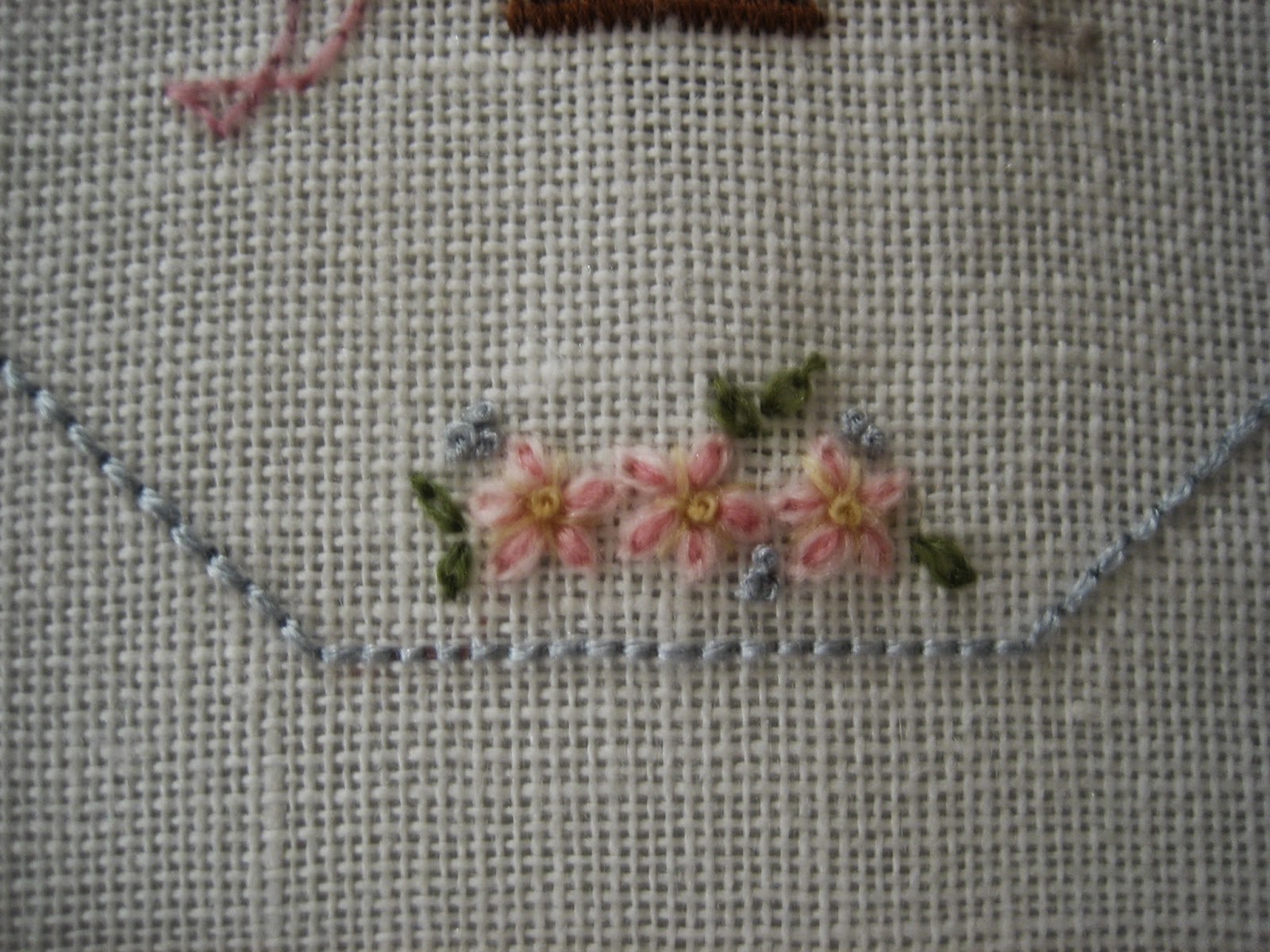 I finished the flowers on the flap of the Posey Needlecase, which means the stitching for the body of the case is completed and I can start working on the bits and pieces that go inside.  This was last night's stitching before I tottered off to bed. At nine p.m.

We arrived home mid-afternoon today and after starting the first of three loads of laundry and putting together a lasagna, I decided to work on Morning Has Broken for a bit. 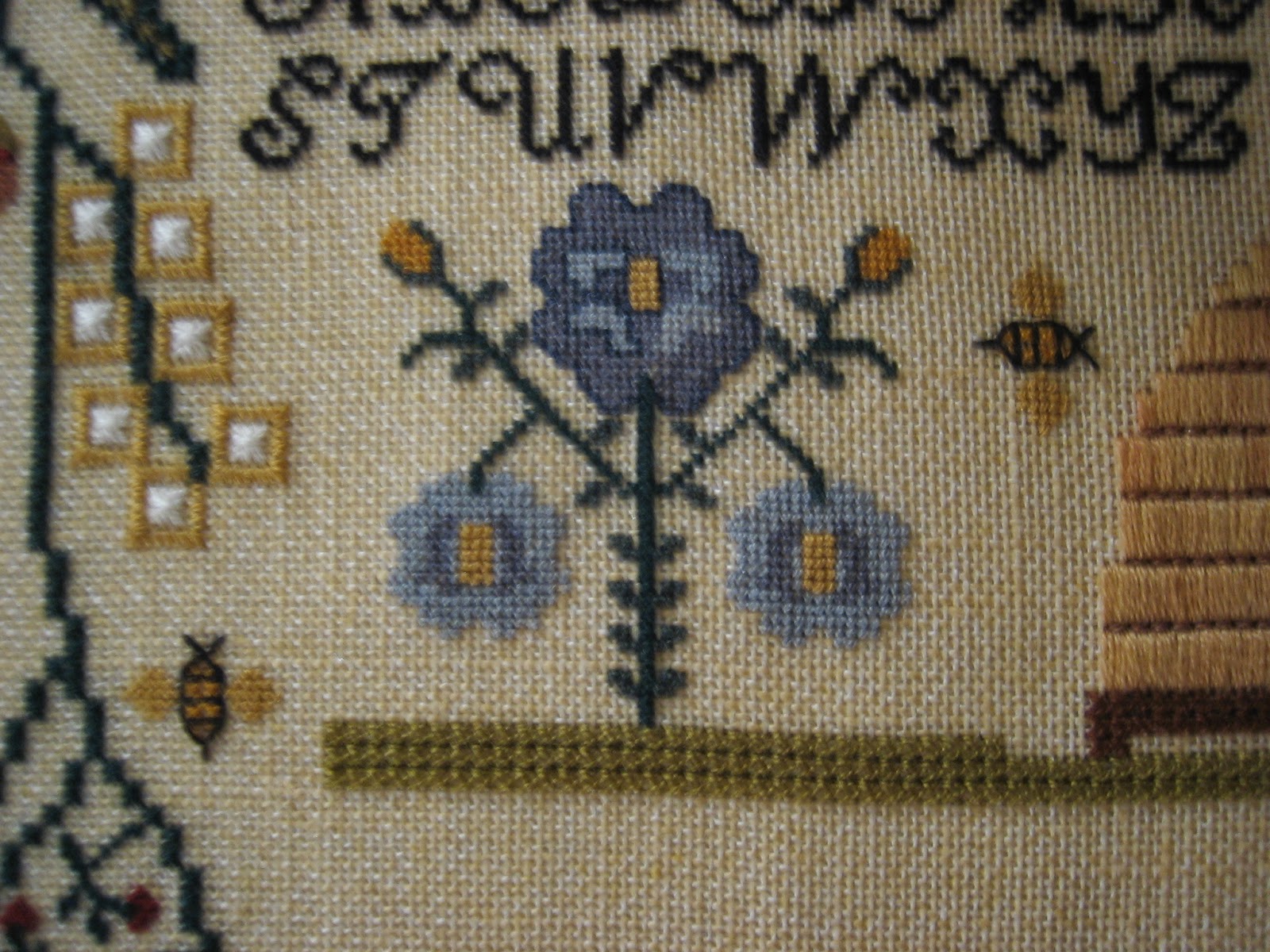 The blue flowers are now getting their backstitching. I'm beginning to think I need to change the completion date on this project from 2014 to 3014, mainly because these motifs are taking forever. This one isn't done yet, and it has a twin on the other side.  I keep telling myself that each stitch I take is getting me closer to a finish. I keep telling myself I'm going to love this when it's hanging on the wall. I also keep telling myself that I need to put some more time into the sampler--like maybe a few hours on the week-ends. Slow and steady wins the race, but, wow, I think they changed the finish line.

I also think I need to figure out a way to channel The Flash's energy level so I can turbo-stitch on this.
Posted by Ann at 6:45 PM