That's all I've managed to do in the last two days. I've worked in one strand.

Last night was our ANG meeting. It was a stitch-in and catch-up with everyone since the holidays. I took David McCaskill's Journey to work on.

Between the talking and catching up and counting and recounting since I apparently lost the ability to count to twelve last night, I managed to get one strand stitched. 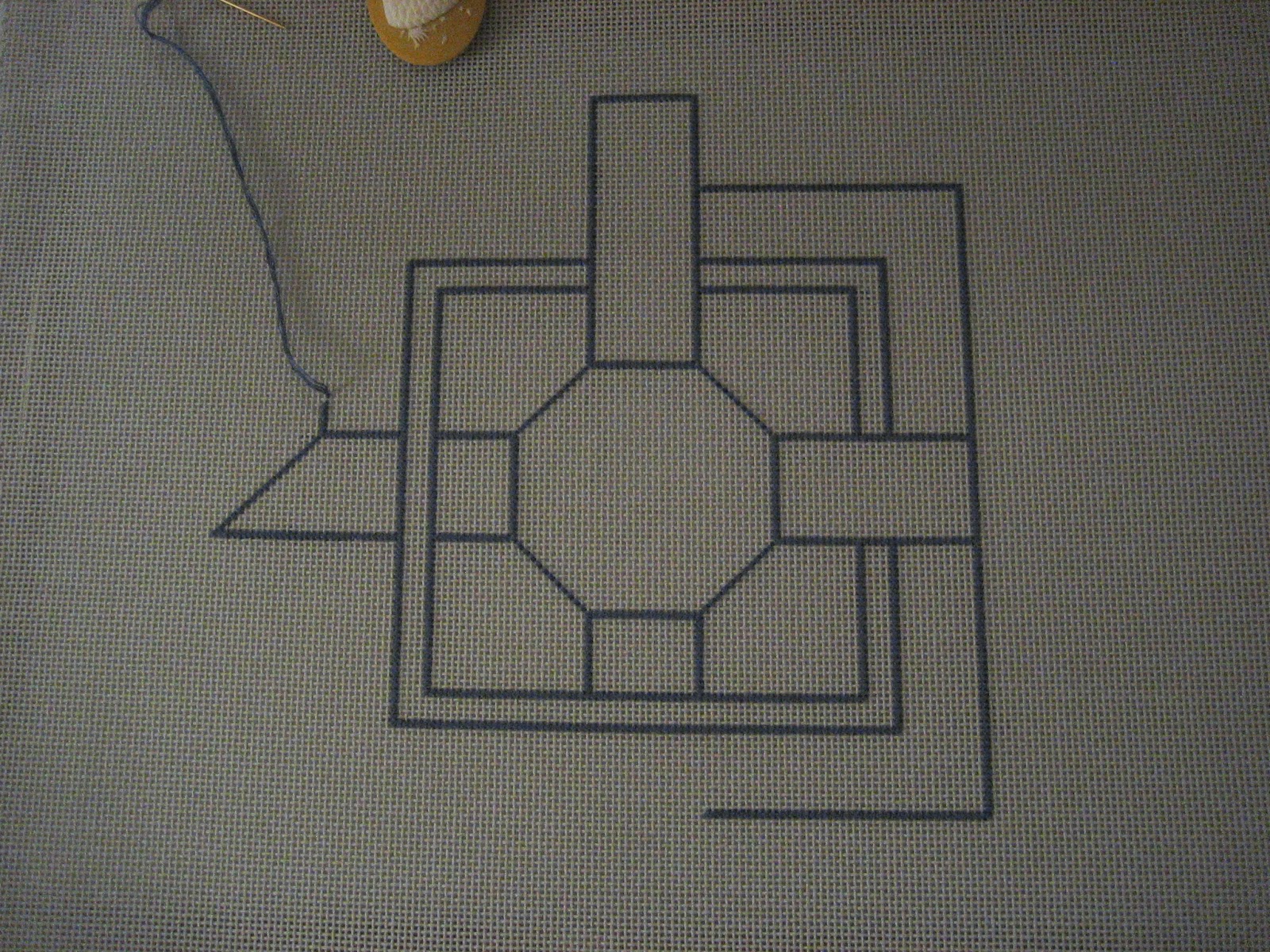 And, come to think of it now that I look at the picture, I didn't completely get that strand worked in.

Tonight Dearly Beloved and I have been discussing food. We are planning a trip. When we go on trips, Dearly Beloved plans food. He reads restaurant reviews. He looks at locations. He asks for recommendations from friends. Or if we're returning to a place we've visited before, he ponders previous experiences. Tonight he's been pondering. It has taken my stitching time this evening, since I have to listen to the ponderings and musings and must also offer my opinion.

And since I still apparently can't count to twelve, perhaps that's a good thing.
Posted by Ann at 5:12 PM