I propped up the scroll frame with Ann Lawle on it across the room so I could look at the whitework while I escaped from the gloom into a book. I'm rereading the Longmire books by Craig Johnson. He's one of the authors I wish could write as fast as I can read.

As I said before, two strands were distorting the linen, not something I want on any sampler unless it involves pulled work. In addition, I've taken many classes at seminars and workshops from teachers who emphasize that less is frequently more, that it's better to suggest than to clobber someone over the head.


Anyway, after glancing up at the frame off and on during the day, one strand does work.  So I stitched a bit on that band this afternoon. 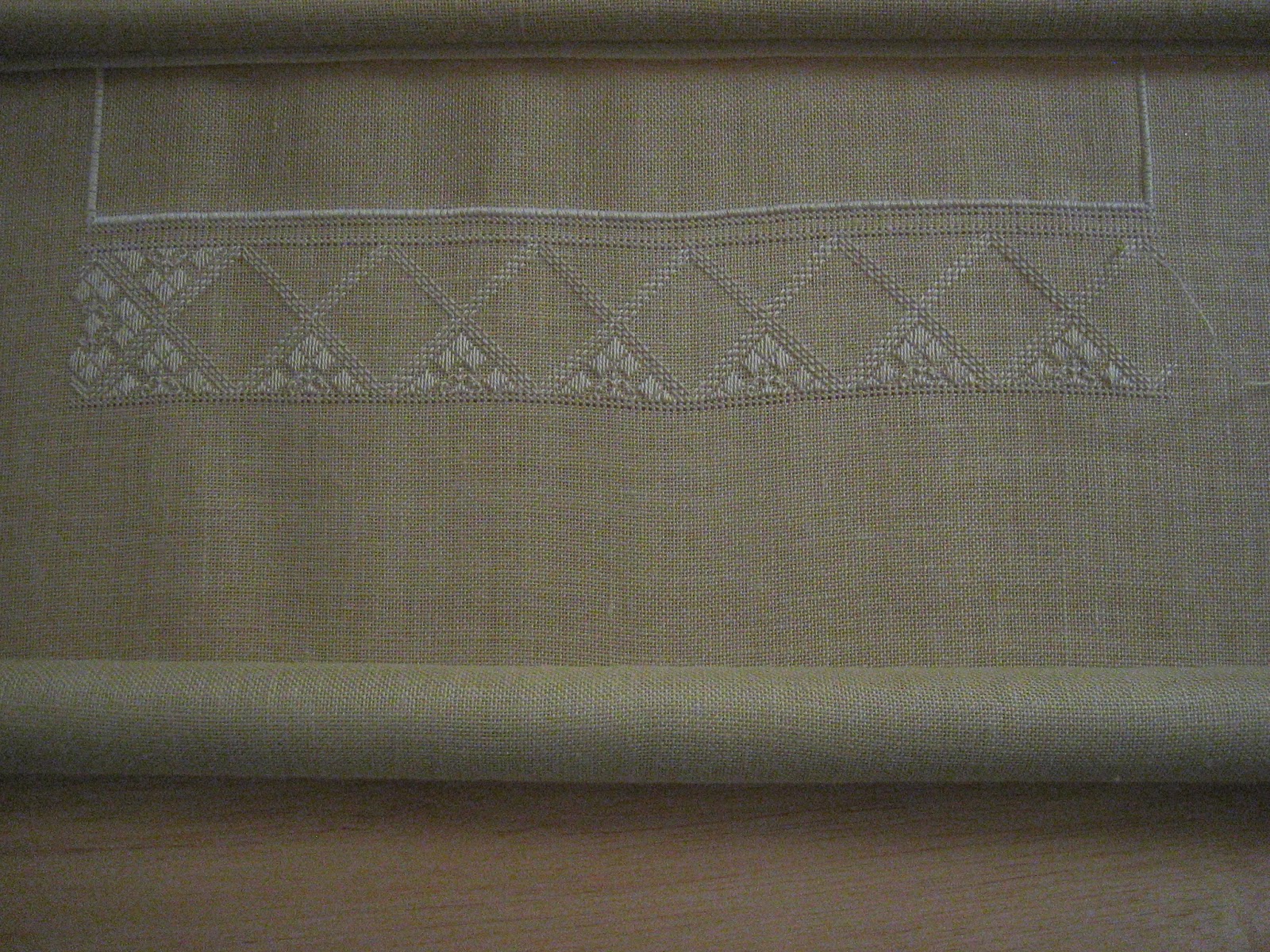 Now that I've figured out how best to work the pattern, it's just a matter of continuing on. I've decided to try to stitch a band a month, and this would take care of January. There won't be much time to stitch this week, though--I have a sampler guild meeting Wednesday and an EGA chapter board meeting on Thursday. Between getting ready for both and working the first full week since November, I'm not sure I'll have enough energy to thread the needle, much less get it in the right place on the linen.