At least it's not Monday any longer

I've never been so glad to see a Tuesday in my life!

Yesterday was a Monday all day.

I'll admit, I set myself up for some of the problem. I stayed up just a little too late finishing a book, so I was groggier than usual when the clock went off. I am not a morning person.

Apparently there was a bad wreck somewhere and traffic was being diverted to the pleasant little drive I take every morning. I was parked on the road longer than my entire commute generally takes.

While I was sitting there, the ominous air-pressure-in-your-tires-is-too-low light came on, throwing me into a tizzy, expecting at every moment I would get the even more ominous flat tire light. Given that I was stuck with nowhere to pull over, this was nerve-wracking.

When I finally lurched into the office, it was to discover that our email system was down and we had no internet access. That actually didn't make a lot of difference. My phone started ringing within five minutes of my arrival and pretty much rang all day. Before it was all over, I was beginning to think my eardrums were going to start bleeding.

By the time I got home, I was capable only of sitting in my corner, rocking and drooling. There was no stitching last night.

However, over the week-end, I did pretty much nothing but stitch. 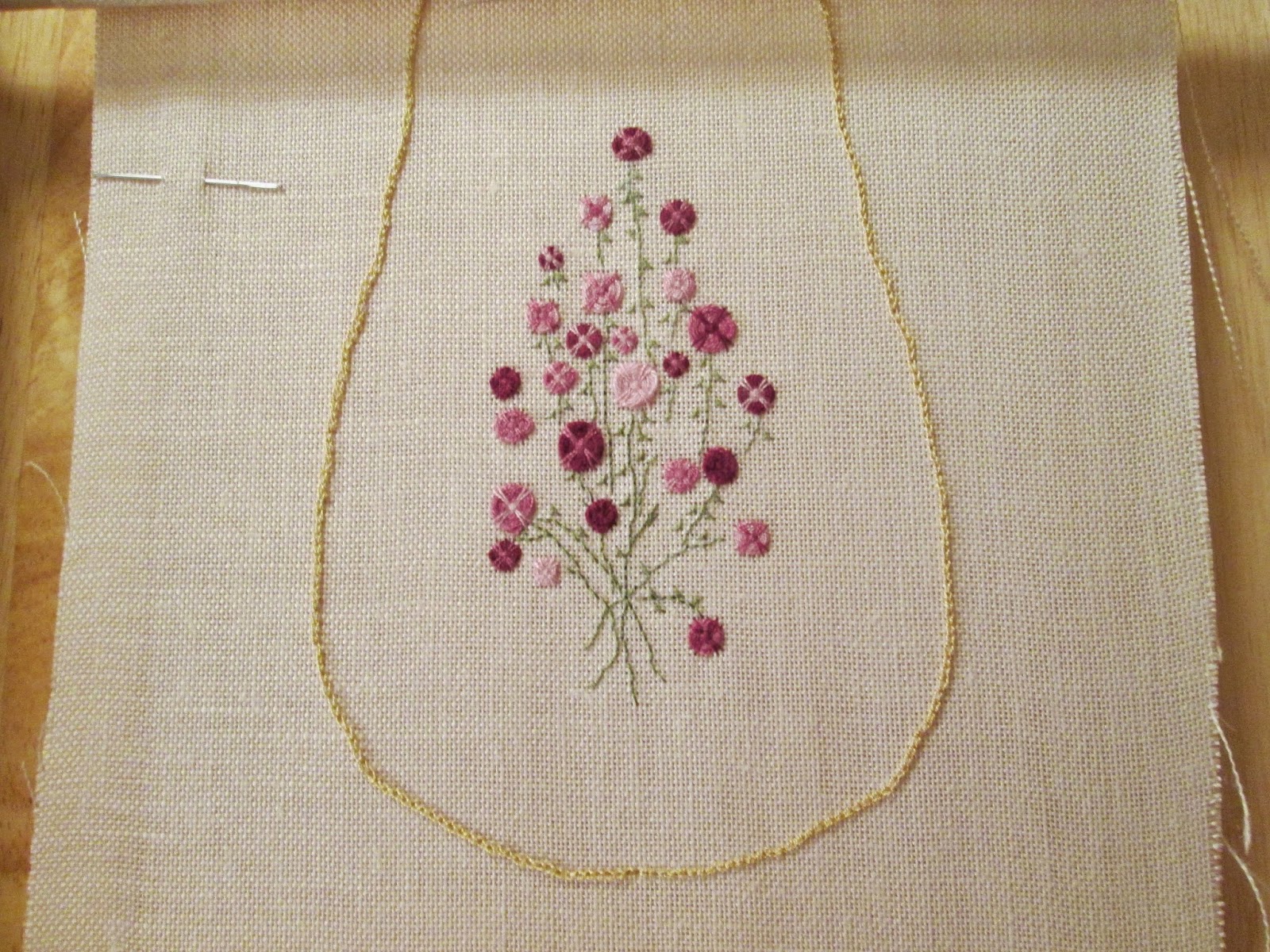 All the flowers are worked on the front of the Fair Maiden's Workbag. All I need to do to finish this part is to sew on the spangles. I've decided, though, to wait and have a grand spangling day when I have all the bits stitched. That way I have to deal with a sharp needle and the potential for leaving DNA in the work only one time. 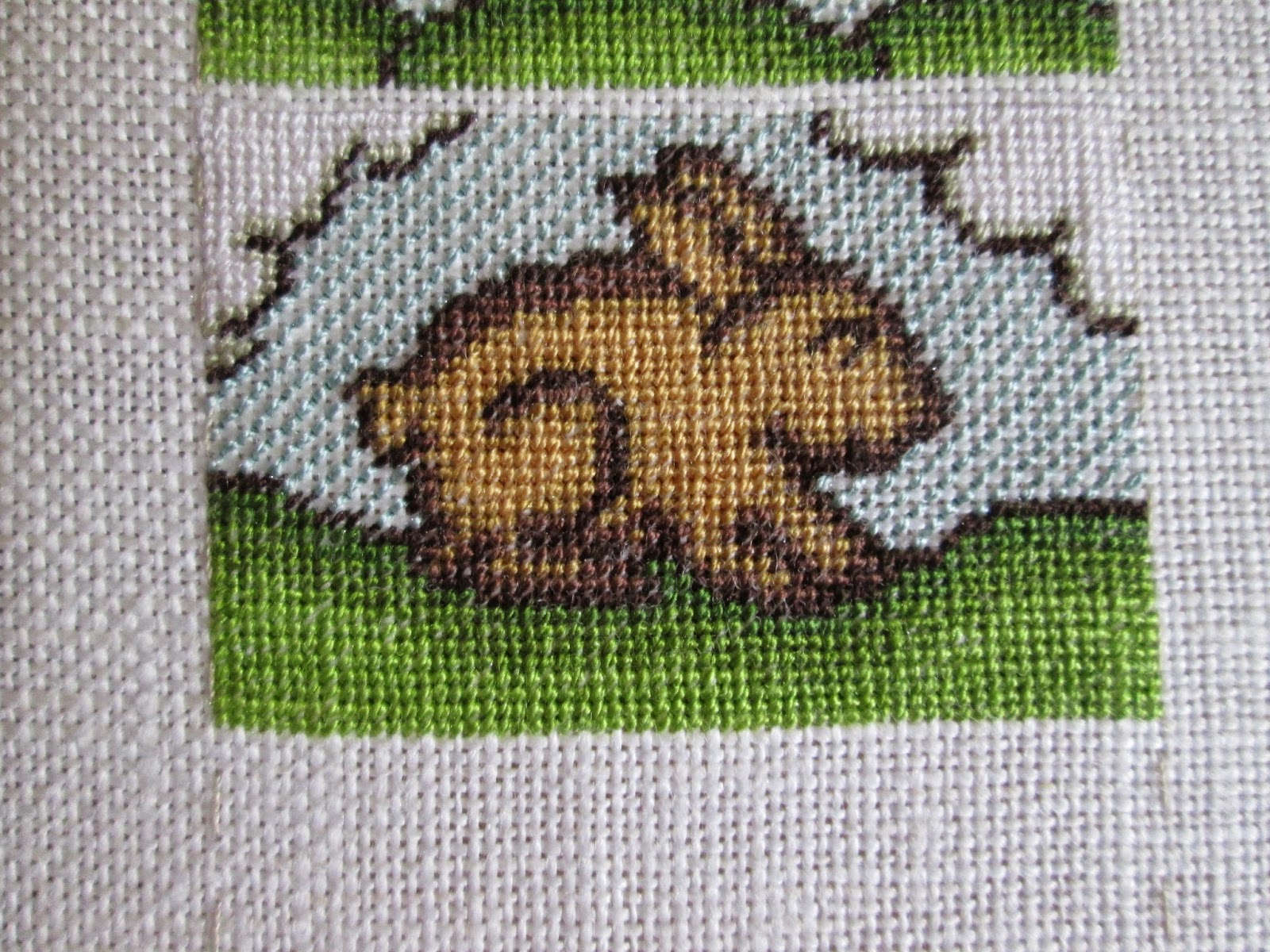 My bunny is filled in and has a sky behind him. 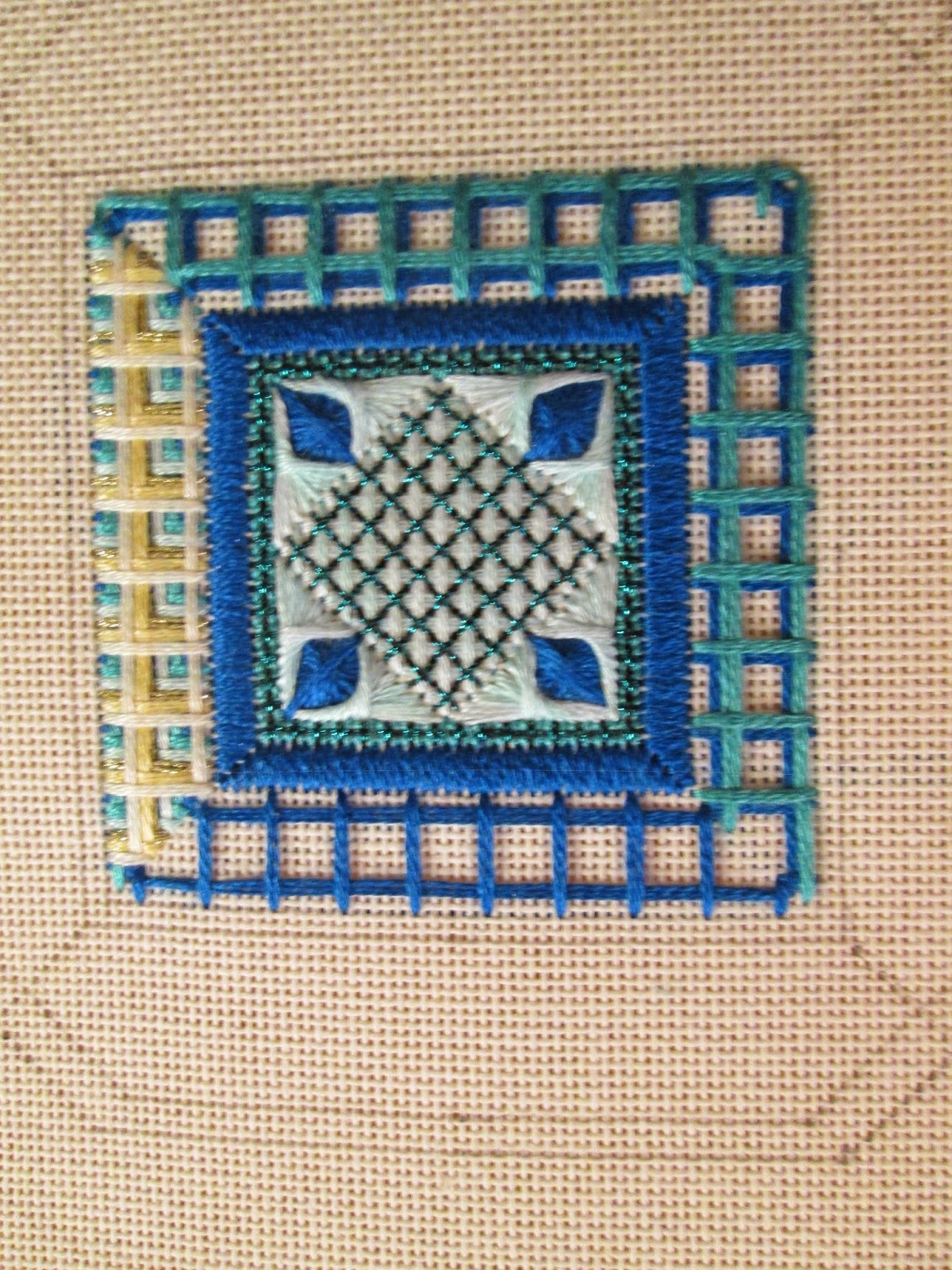 Almost all the spaghetti is worked into Cashmir. 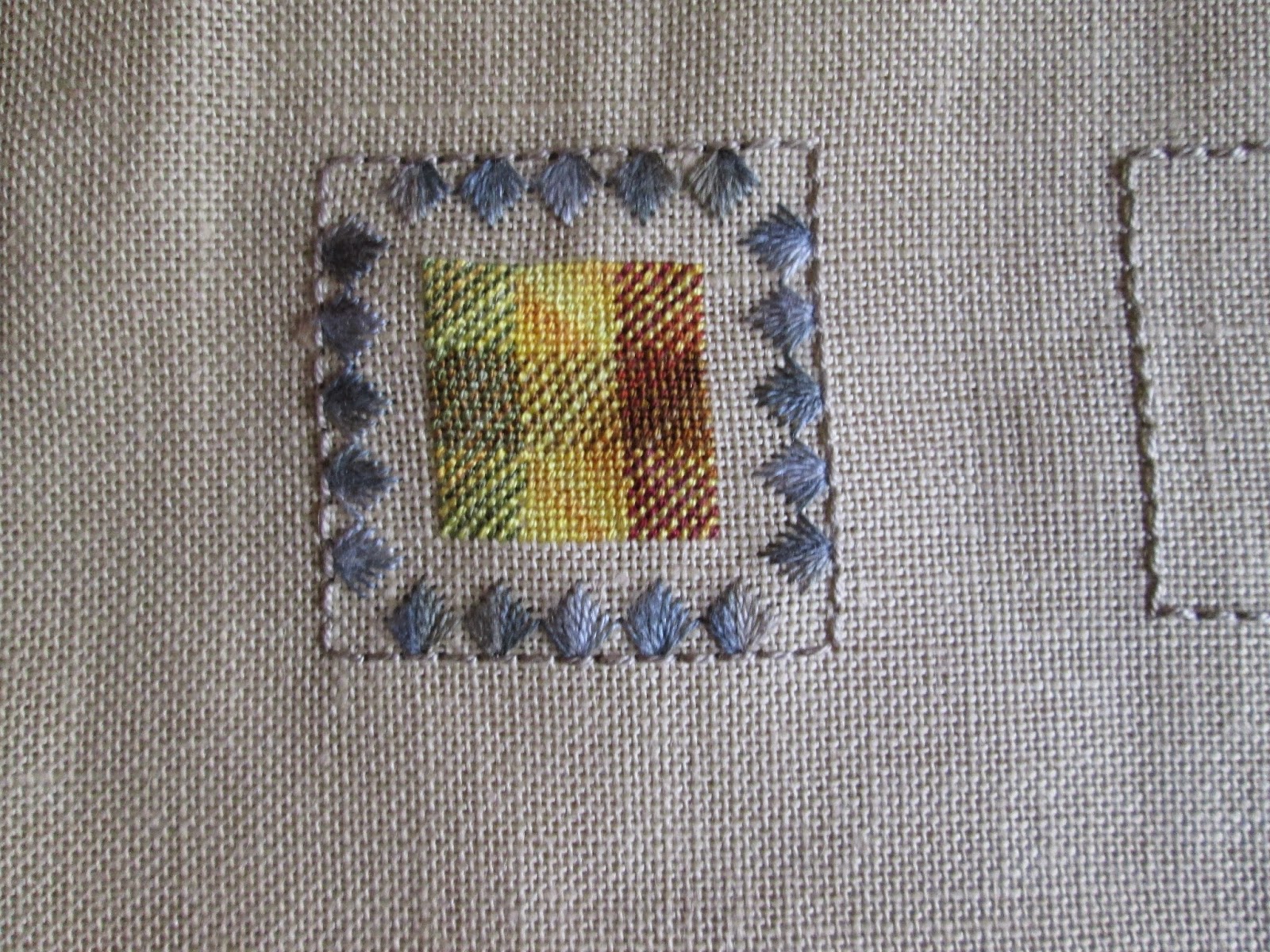 And the top of the Jack-in-the-Box is stitched.

This is the project I should work on tonight, but I think I'm going to flip it and Cashmir. I have an ANG meeting tomorrow night, and Jack is more portable and doesn't require a laying tool. I can work on Jack and pay attention to the meeting and to the program. I have to think too much to do the battlement couching on Cashmir.

And with the way this week has been going, I need to conserve whatever ability to think I have left.
Posted by Ann at 4:17 PM