I declared my independence from adulthood this week-end and decided I was going to indulge myself. Obviously this meant I stitched and read and looked at blogs and websites having to do with needlework.

Saturday I announced that I was going to work on Morning Has Broken until both of the over-one motifs next to the bee skep were finished.  And they are. 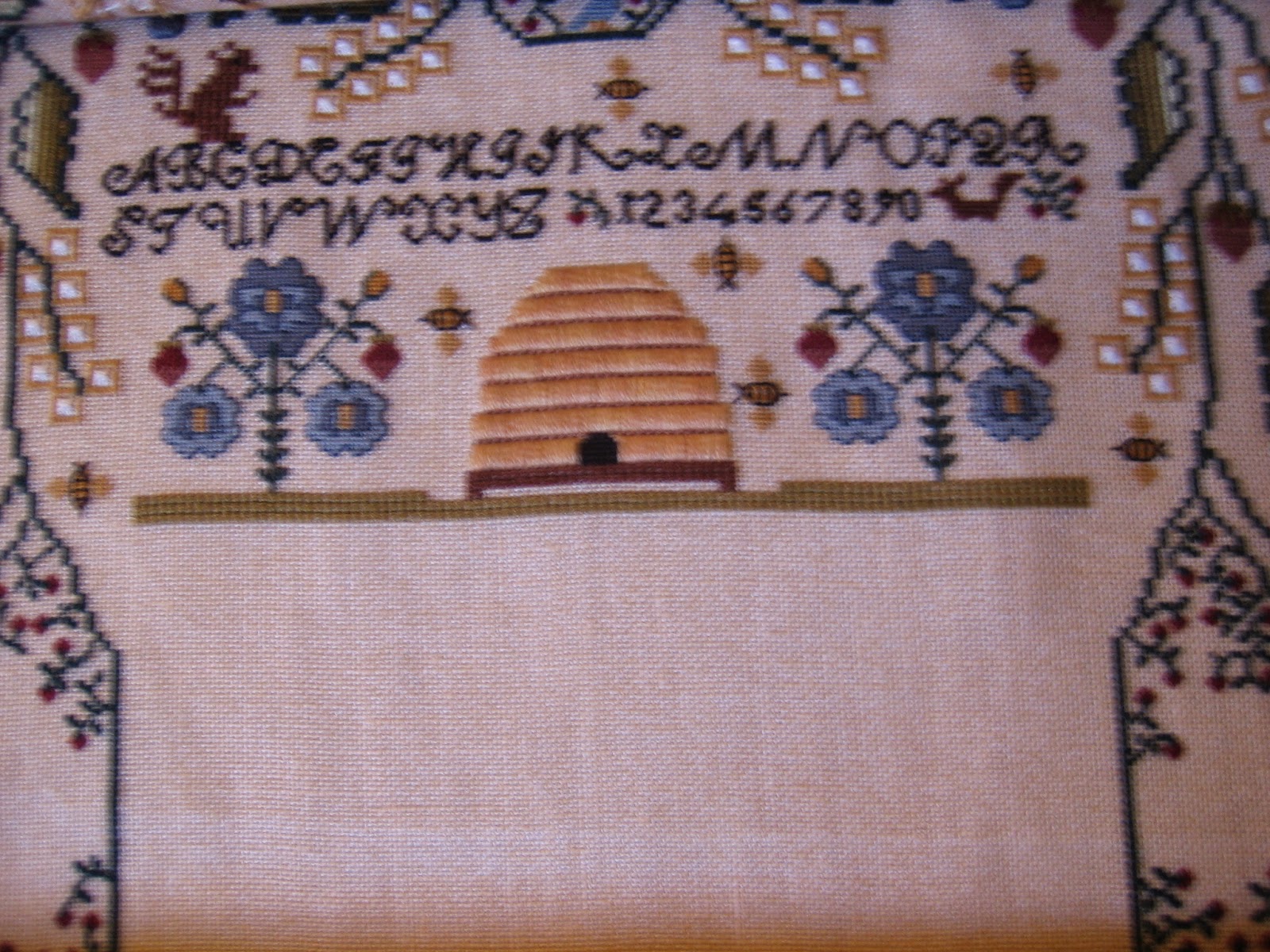 I can't tell you how nice it will be to turn the rods on the scroll frame. I have no idea why this section caused such angst--over one usually doesn't thrill me but it doesn't kill me either--maybe because I started it when I really had problems with anesthesia brain--but I am relieved it is done.

Today I decided to work on Journey for awhile, and totally impressed Dearly Beloved with the Fleur de Lis. 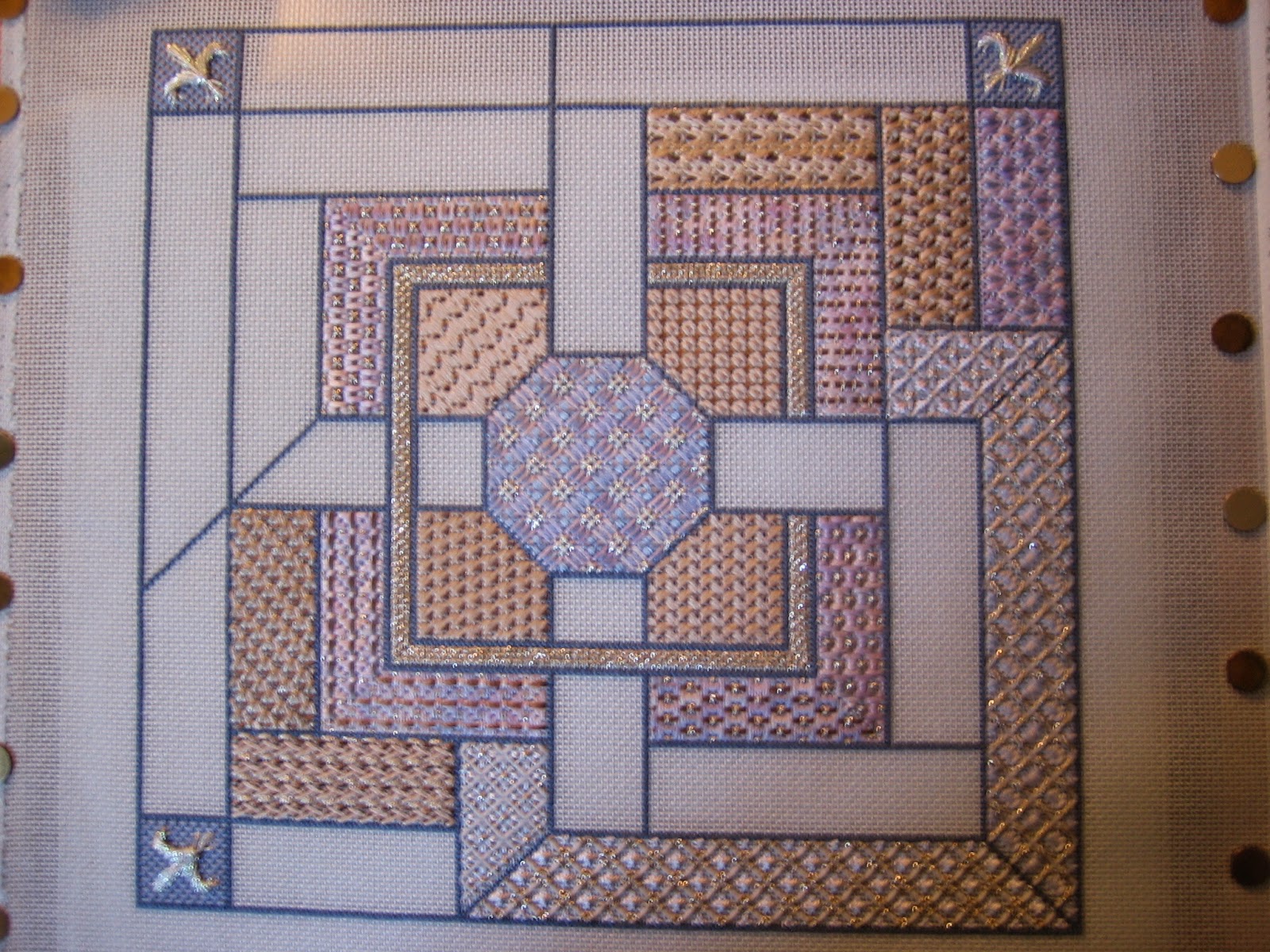 Journey is almost halfway completed, and I may spend some week-end hours with it to see that finale sooner rather than later.

There are still a couple of hours before I need to go to bed. I could go ahead and pack my lunch for tomorrow and balance the checkbook and fold two loads of towels that are sitting on the kitchen table--but I think I'll avoid adulthood for another evening!
Posted by Ann at 5:06 PM