I've decided I don't want to be an adult any longer, but I've had to be the last couple of days.

Monday . . .well, the first day back at work after a three-day week-end or a vacation is always tough, and it was Monday. 'Nuff said.

I came home to find a minor Domestic Mishap, so I had to be an adult and take care of it. And there were a couple of household chores that were not handled over the week-end that required handling. 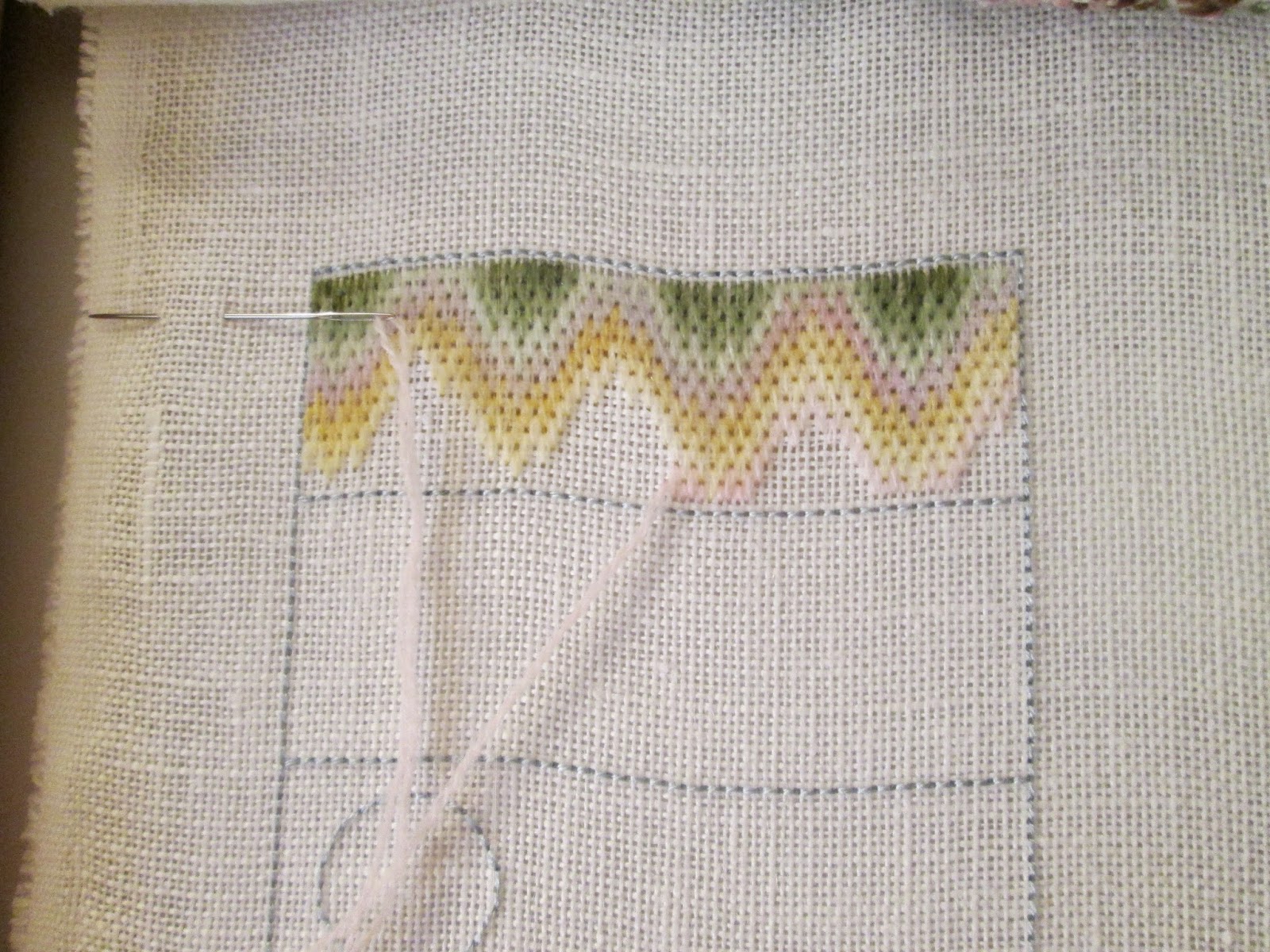 This is the beginning of the pincushion that fits into the Posey needlecase. It's so pretty and so much fun to stitch I hated to go to bed and leave it.

Yesterday required a trip to the grocery store before I came home for an essential ingredient for a new recipe. The new recipe took much, much longer to do than the estimated time in the kitchen the recipe gave and it was not the tastiest thing we've ever cooked in this abode. In short, it was not a keeper.  In fact, Dearly Beloved ceremonially took the print-out of the recipe to the paper shredder and shredded it.

We had a discussion about whether or not the leftovers would ever be eaten and decided that they would likely be pushed to the back of the refrigerator until they turned into an alternate life form. Therefore, despite the fact that we were both reared by children of the Depression who learned that we do not waste food, the leftovers were sent to their reward in the garbage disposal.

So by the time I sat down to stitch it was later than usual. And the next thing I needed to do on Morning was long-arm cross and diagonal cross stitch. The transition from one to the other is something I have to think about--no auto-stitching--but, by golly, I was going to do it. 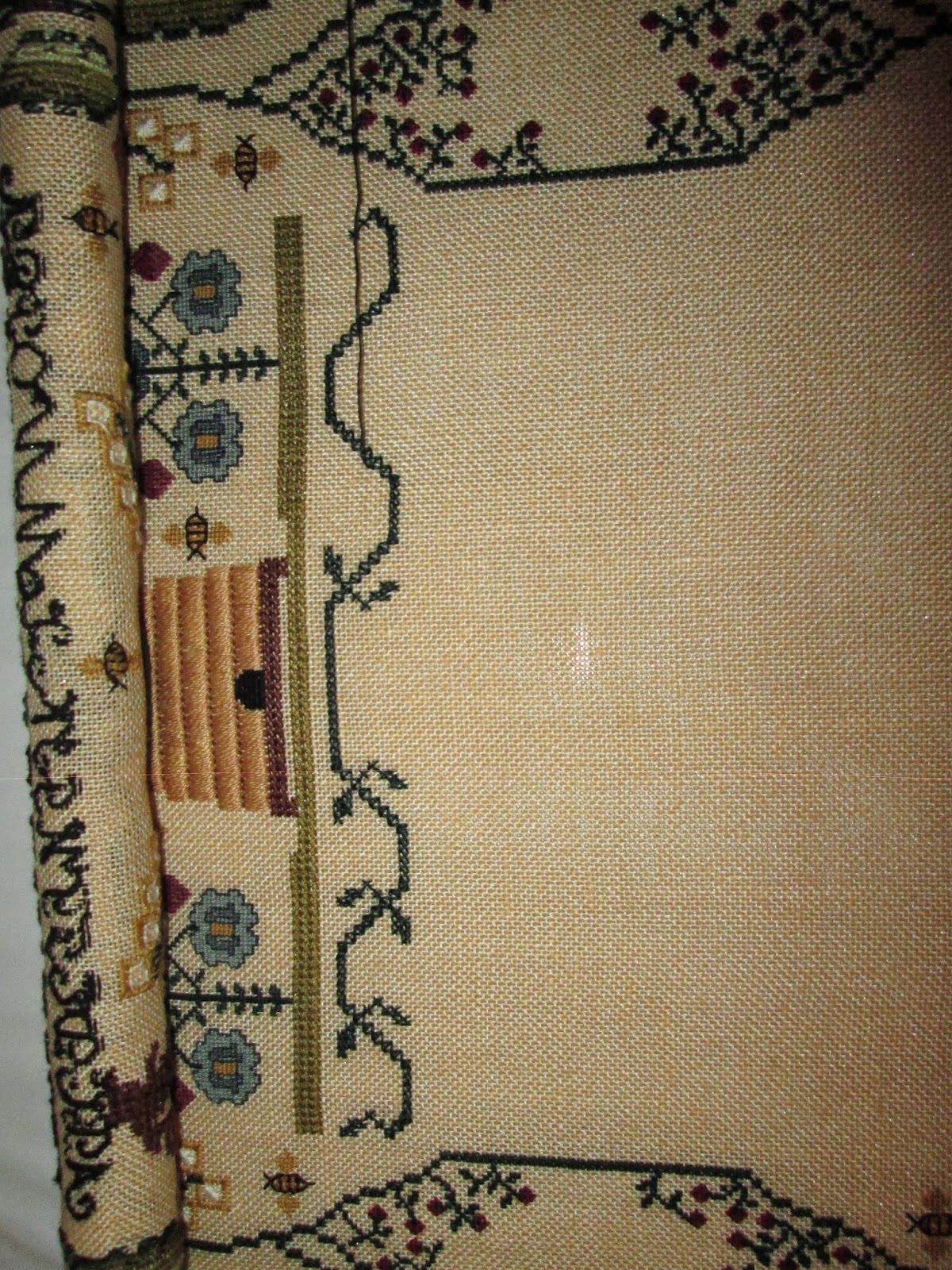 And we have a sideways picture. If you look closely, you may see that the diagonal cross stitch looks the way it should on the front. On the back, not so much. I realized this after I got all the way across the row.

I throttled my inner perfectionist and decided to let it stay. After all, who would know other than myself and all of you? And we'll never tell, will we?

Tonight I am supposed to work on Journey, but I may be submerged in technology. I have a new camera. The old camera decided it was a filmmaker and kept insisting that it was supposed to make movies rather than take pictures, no matter how it was set. It will only take a picture if you manage to snap it at a critical moment after shaking the camera. That may account for the sideways picture that I can't get to rotate--anyway I have figured out how to point and click with the new one, and I have downloaded the 109 page manual that will hopefully help me take better pictures, but it's going to take some time to figure all this out.

And I just remembered that I need to write a couple of checks tonight to pay bills. Adulthood really is not fun at all.
Posted by Ann at 4:17 PM