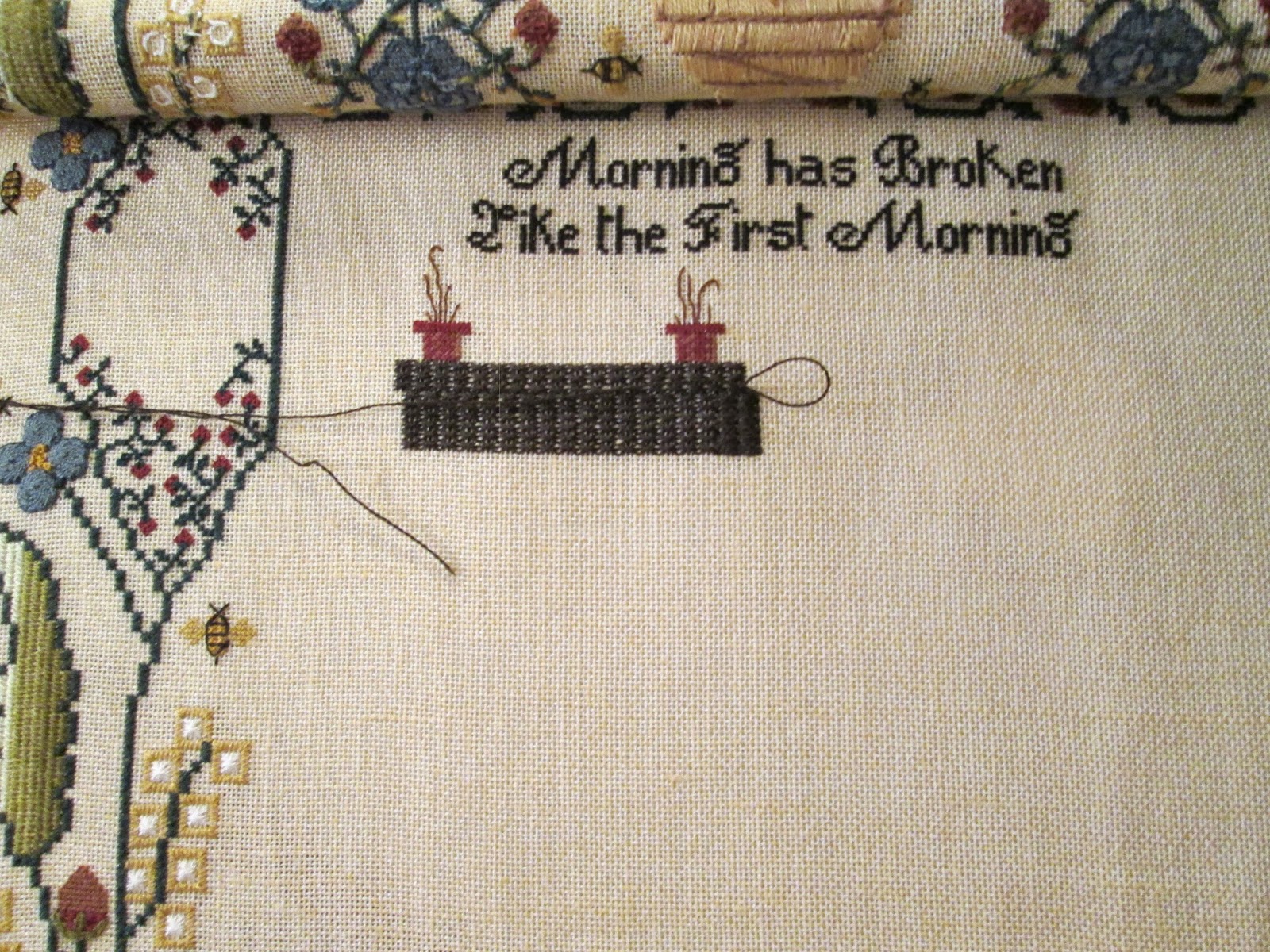 I have the first step of the roof on Morning Has Broken filled in, and I started on the second step, after I built the chimneys.

It would have helped if Dearly Beloved hadn't looked over my shoulder and asked if I were going to stitch flowers or if I was just going to leave those dead branches in the flower pots. It took me a minute to figure out he was talking about the smoke from the chimneys.  I have no comment about this, simply reporting.

Another section on Journey is finished: 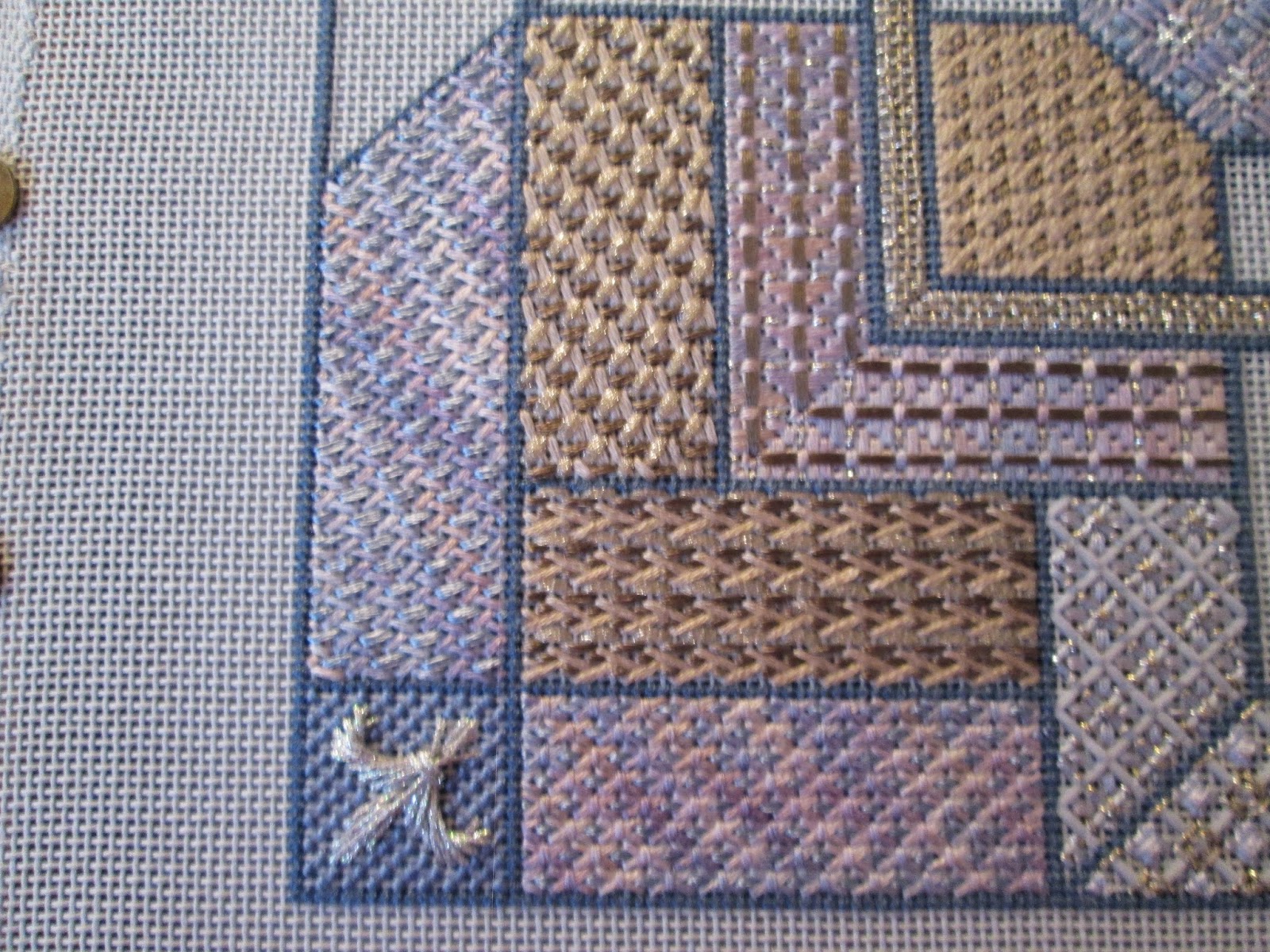 I realized as I was stitching this section that I won't have enough of the Neon Rays I need for the next three sections.  I have ordered it and hope it will arrive fairly quickly. I had just been thinking how nice it's been on the last several projects to have more than enough thread, and, of course, immediately I run out of something vital.

And after I calmed down from my conniption, I managed to get almost the whole next section on Posey stitched. 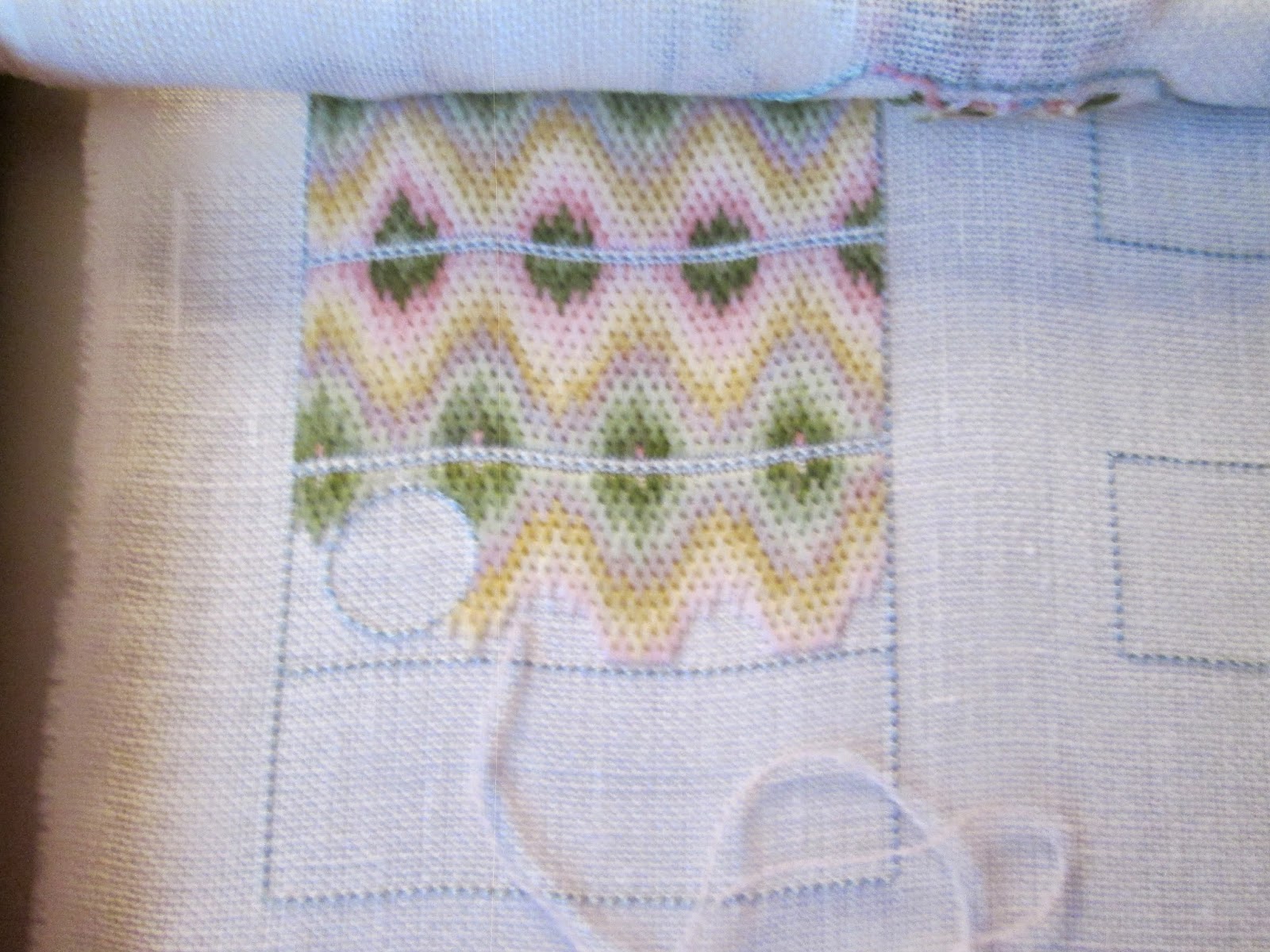 I still love the colors.

Tonight I go back to Eve in the Garden. Hopefully I'll get farther this week than I did last!