I have a workshop coming up in about six weeks, for which I have a tremendous amount of prework I'd like to have done before I show up. (And this is all I have done . . .) 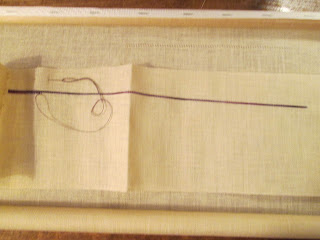 Instead, Baby Girl and I took off on Saturday morning for a trip to Jamestown for the 409th anniversary of the landing of the first settlers in this part of the New World.

There was a ranger tour, and archaeology tour, and two re-enactors, one a Native American whose tribe lived in the area and one who was portraying one of the early adventurers.  Both were fascinating to listen to--and we did. 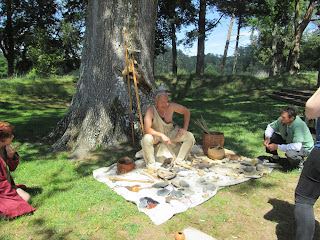 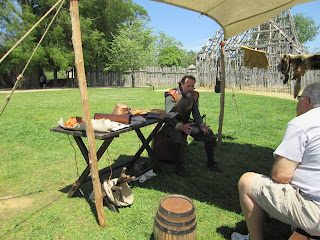 I also had the opportunity to go total fangirl over Dr. William Kelso, whose vision led to the knowledge about Jamestown we have today. I admit it. I gushed.


Yes, my name is Ann and I am a history geek.