Dearly Beloved came up with a power cord from somewhere--I know not where and am not sure I want to know--but I am back online!

And I have had two lovely days at the retreat.

Yesterday, after the snow that chased us from the Carolinas to Virginia, the sun was shining, the temperatures were chilly but not frigid, and we were able to stroll up and down Duke of Gloucester Street.  And I was able to spend several hours in the stitching room with a friend, always the highlight of these events.

Then, we got smacked with a Winter Wonderland.

Colonial Williamsburg shut down for the day and the restaurant where Dearly Beloved and I had reservations called to tell us they were closed as well.  Originally our group was going to go to the textile exhibit at the museum in the morning, then to Jamestown to see the Jamestown Jacket in the afternoon.

That didn't happen, but we had an even better experience.  Kim Ivey, one of the textile curators, got permission for us to tour the storage area where they keep samplers and bed rugs and stumpwork and purses and all sorts of things that made our collective heart go pitty-pat.

We were allowed to take pictures, but only for our own personal research, not for publication. There is a frog that will show up somewhere on something I stitch.  We were very careful to avoid touching anything, but there were collective gasps when drawers were opened and there was a strong possibility of drool with some of the pieces.

And we had more time in the stitching room.

I ended up with this on Eve in the Garden: 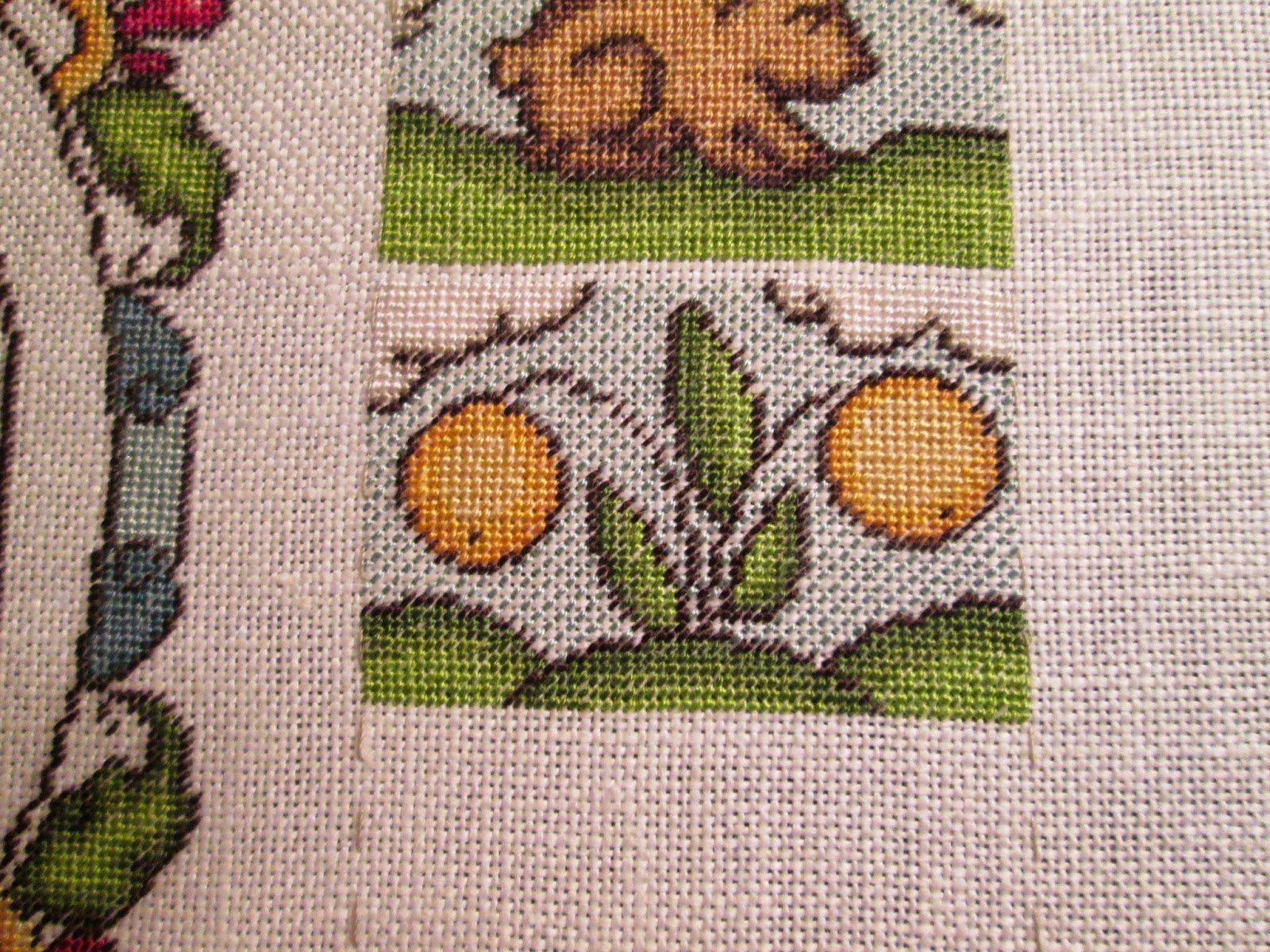 Tulip Tray has not been neglected. The night we finally arrived I was able to finish another panel: 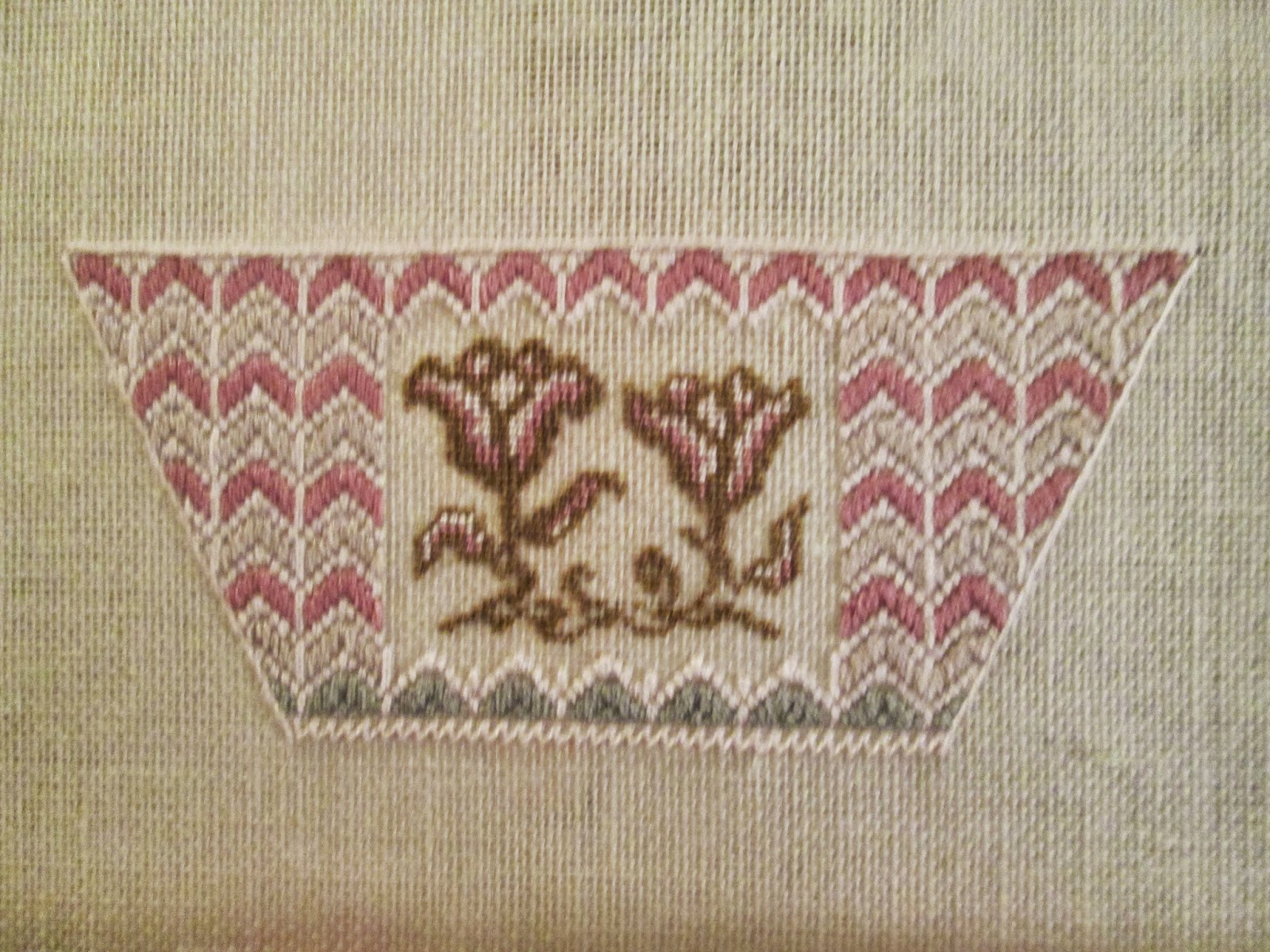 I also brought two other projects.

I never think any project is going to take anything close to the amount of time it actually does. It is always a shock when I realize just how many hours a project actually takes. At least, though, here I have nothing but time to stitch (and go out to eat, and do some sightseeing, and occasionally sleep). Any I'm enjoying every single minute of it.
Posted by Ann at 6:18 PM