It occurred to me as I was packing away the Christmas decorations that I never posted pictures of the three I put together on Christmas Eve. 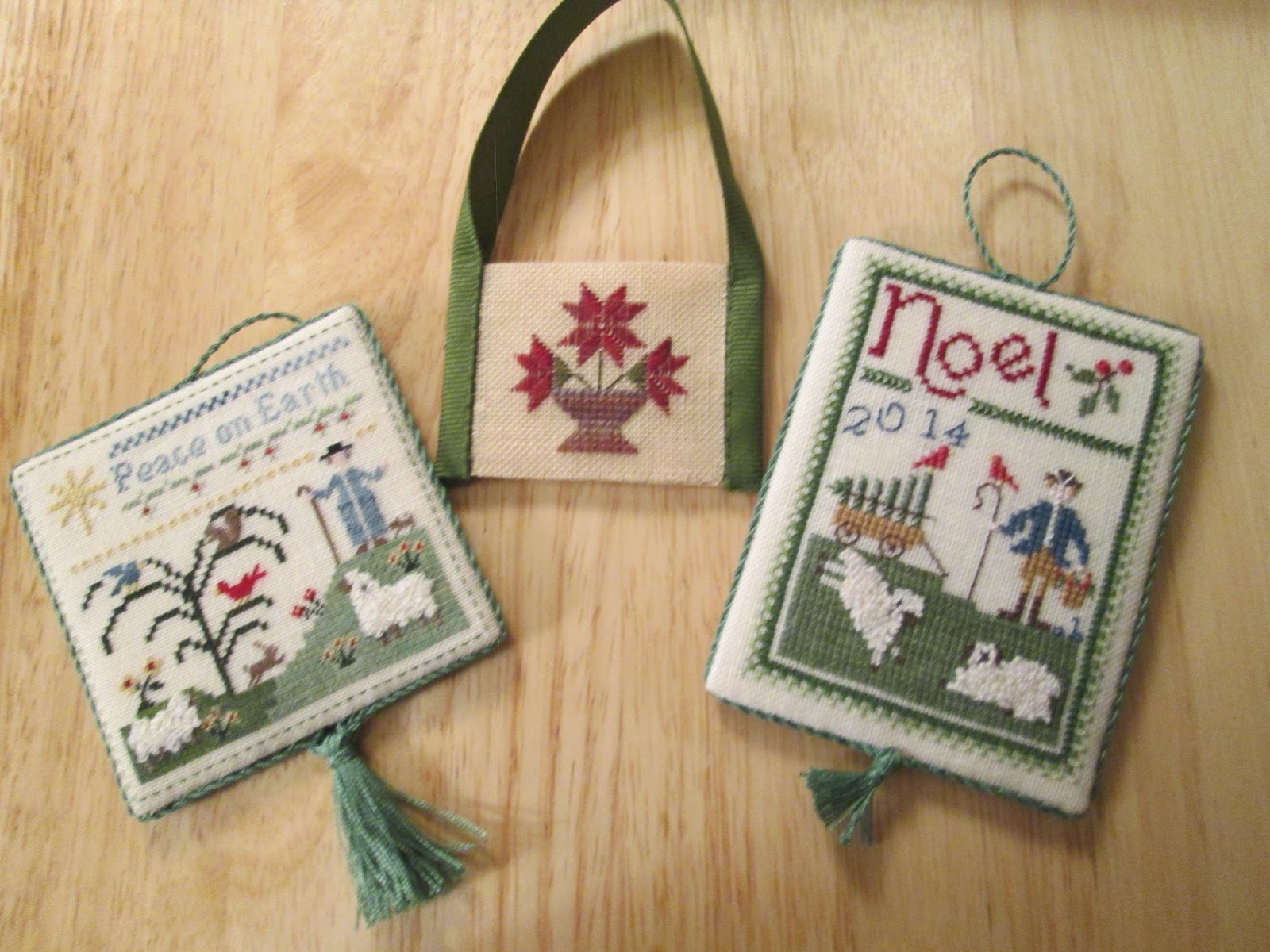 On the left is Barbara Jackson's Peace on Earth, the 2013 SNS ornament. The center one is Poinsettia Basket from Jackie du Plessis. It is supposed to have little bows on the bottom corners. I sewed them on, then decided I didn't like them and took them off. It took longer to take them off than it did to sew them on. On the right is Little Williamsburg, another Barbara Jackson design, this one an exclusive at Haus Tirol in Williamsburg.  It is also an example of what happens when you make too many efforts to even up the tassel ends.

We've been taking ornaments off the tree, off and on, today. I'm always sad to see the tree go--it means I have to wait another year until Thanksgiving/Christmas/New Year's Eve--my favorite season--but the tree is starting to shed needles, so it's time to let it go. I am hoping that when we pull it away from the wall, the missing ornament appears--I have a needlepointed one that seems to have vanished from the time I hung it on the tree until today.  As thick as the branches are on this fir, it could have fallen at some point and been hidden in their depths.

Dearly Beloved suggested that the tree ate it. We seem to lose an ornament every so often and the running joke is that they have been sacrificed to the Lords of the Fraser Firs.  I'm hoping this sacrifice is rescued in time.
Posted by Ann at 5:21 PM