I'm getting better, slowly but surely. I have passed from Persistent Pain to Usually Uncomfortable, and this is actually a vast improvement.

Although I had fantasies of stitching for hours and hours as I recuperated, the reality is that I was drugged for a good bit of the first week, then I've been working from home for several hours a day during this second week. During both weeks, I have discovered the pleasures (and the necessity) of napping during the middle of the day. Reading fits napping better than dozing off with a needle in hand--I've read two books in the last ten days.

However, there have been some stitches worked.  Not many, but some.

Here is where I am on Morning Has Broken: 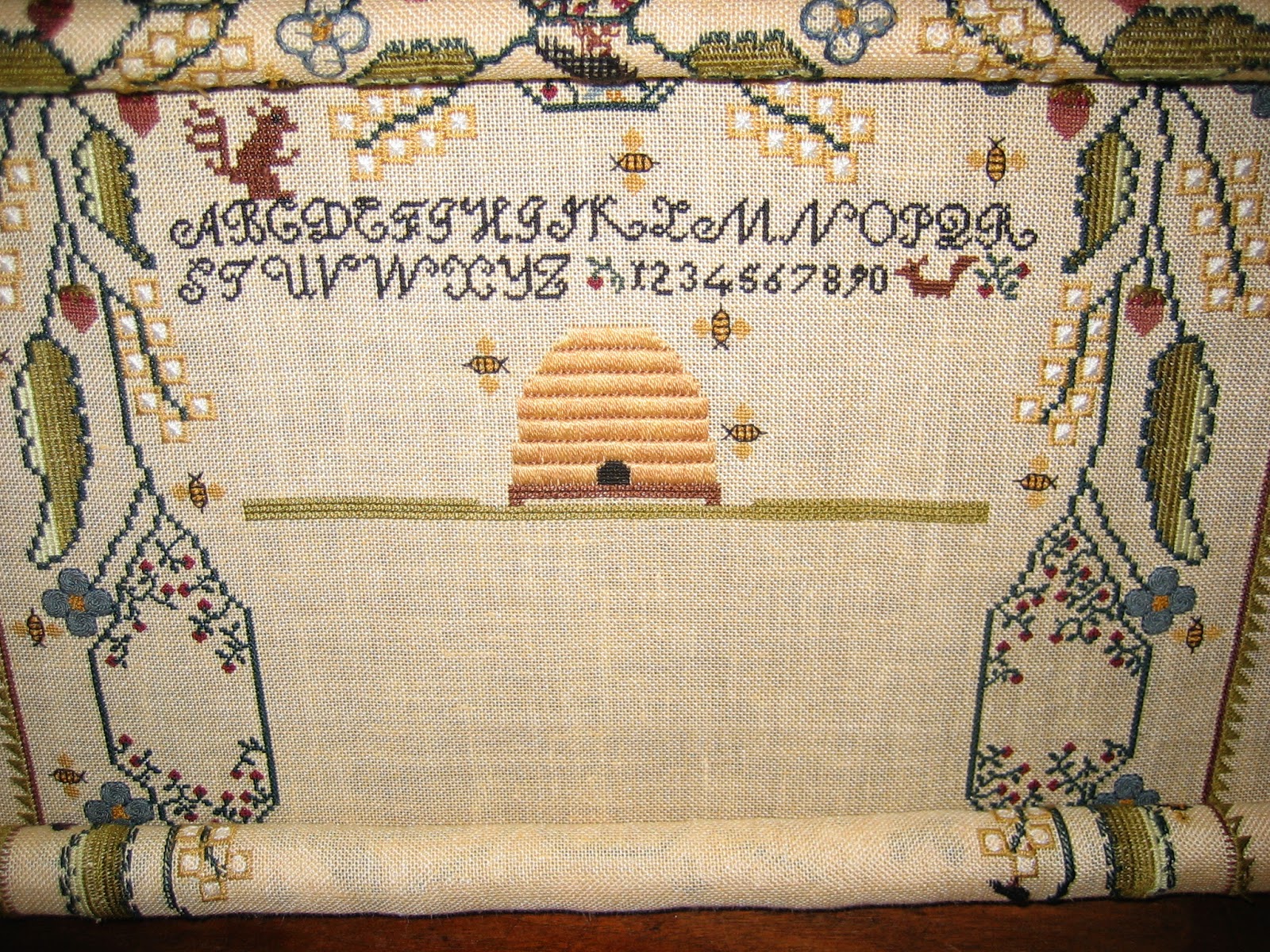 There are two flower-ish things that go on either side of the bee skip and then that section will be complete, but it's mostly over one and I do not believe I'm up for that at the moment. The alphabet nearly did me in.

Then there's a start on In the Mood Red, a companion piece for In the Mood Blue that I stitched last year: 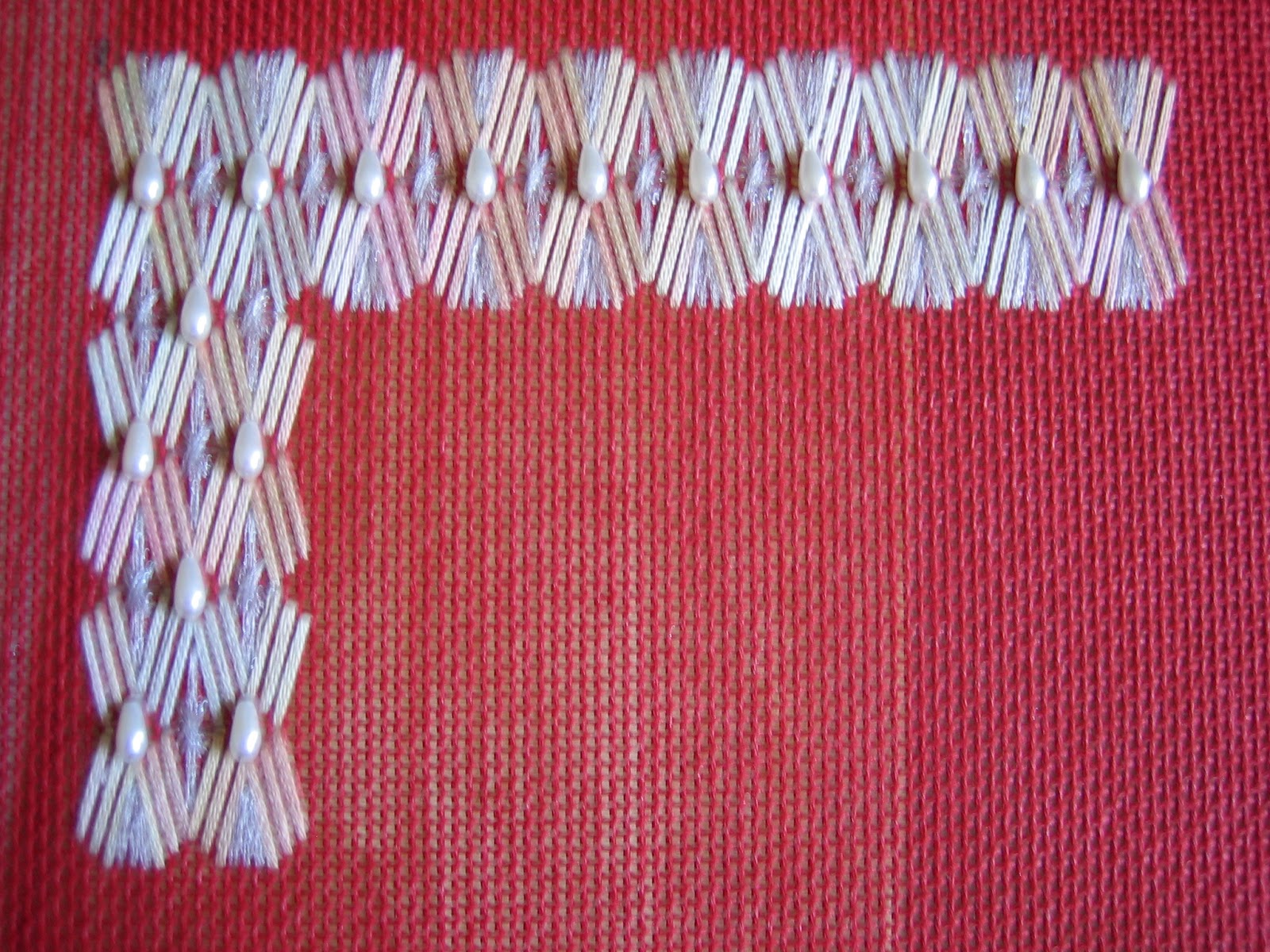 This was not on the original list for this year, but because of thread usage I want to stitch this as soon as possible. If I don't have enough thread, I need to let the teacher know within a year in order to have her provide more--so this has jumped on the list and moved up in priority.

Lists . . . I've been having discussions with several friends about goals and lists and UFO's and WIP's.

One of my friends views needlework as a journey rather than a destination and doesn't care if she finishes anything or not as long as she learns a new technique or tries out a new thread.

I have another friend who works on only one project at a time and each piece is carefully considered for a position in her home or as a gift. Her stash consists of one small chest of drawers since she doesn't like to have "stuff" lying around. She can also take or leave her needlework--she doesn't feel compelled to stitch. I'm not sure if she meets the definition of needleworker, come to think of it . . .

I have another friend who sticks to a strict rotation and clocks her stitching time for exactly ten hours per project at a time on her ten-project list. She has a stash that could bring a strong woman to her knees, so this may be the way she feels she has some control.  She has about 20-25 finishes a year  and all are fairly large and complex projects. She's still going to have to live to 636 to finish it all, but at least she has a plan.

I like lists. I like to check things off the list. And I've been wondering how to attack this year's list since, thus far, I haven't managed to check anything off--that's why I've been asking people how they approach their projects.

Of course, now that I'm supposedly on the road to health, maybe I'll have the energy to get some things done.