Not one of my favorite things

I've been repressing a realization about a major design element in Morning Has Broken.

It has an alphabet.

I've managed this much: 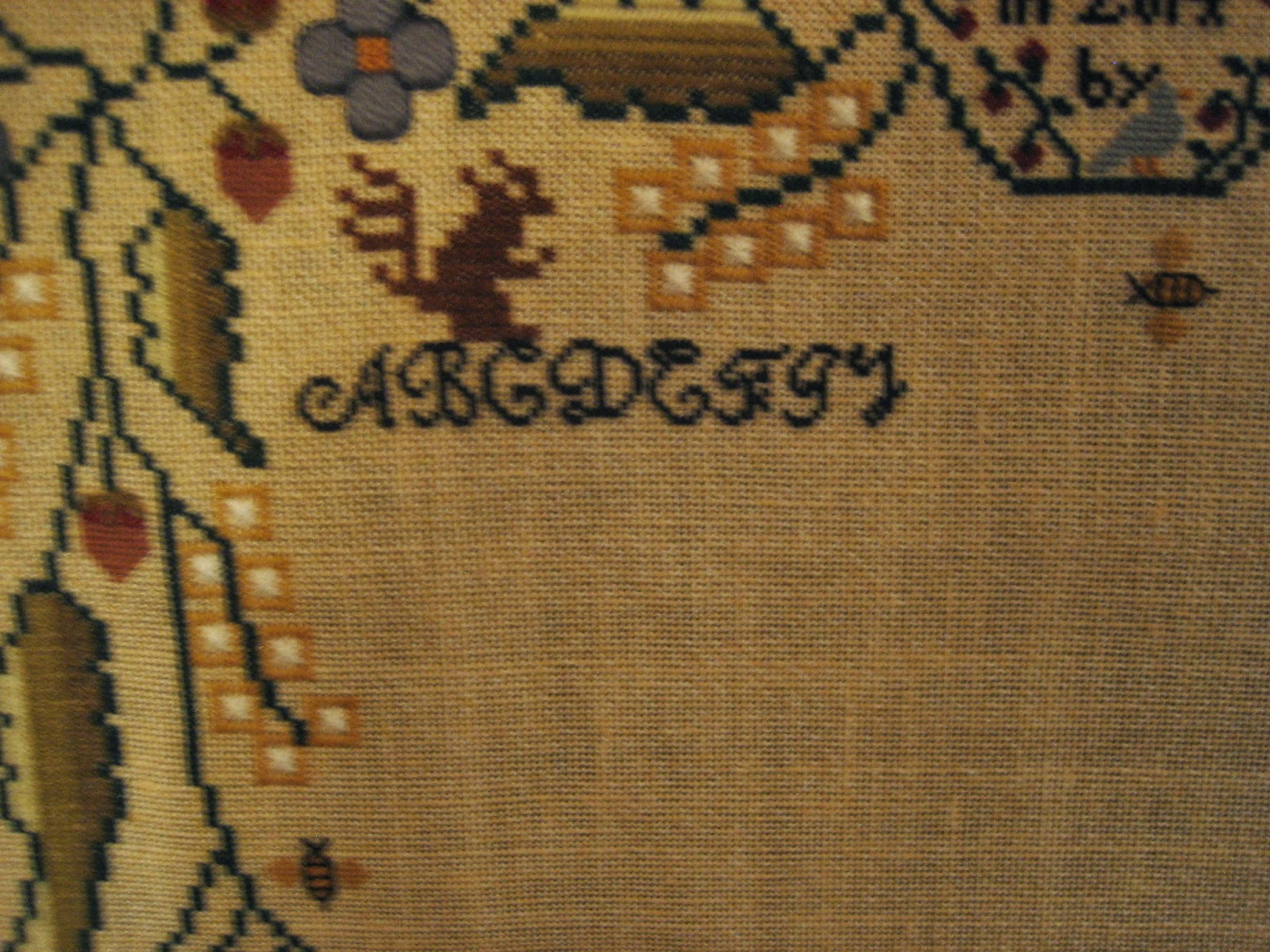 I've been trying to decide if I want to play some mind games--after so many letters, I can work on another motif--or just count down to another area and work on it for awhile--or even chart something entirely different to go in this space.  (Yeah, right--like I'm going to very carefully remove all those stitches worked in black silk over one--nope, once they're in, they're in.)

I have come to the conclusion that I need to just forge ahead and get this done.

Speaking of getting things done:

I don't really talk much about my personal or family life here. For one thing, it's supposed to be a stitching blog. For another, I have a rather routine and mundane life that provides very little interest to anyone but my family (I assume) or me (and even I'm bored by parts of it).

However, since the first of the year, I've had some health issues that have left me feeling tired and run down and--for some rather extended periods of time--not even interested in my needle. The latter was beginning to concern me. Anyway, after being poked and prodded and scanned and biopsied, the medical people have determined that surgery is both advisable and necessary. So I'm having surgery Wednesday morning.

And of course, the first thing I thought about was which project to take to the hospital with me. I did come to my senses since I will likely be drugged and goofy for a bit. Drugged and goofy are a sure way to invite the frog in. So I have a book. And maybe a little project, just in case I'm not as drugged and goofy as I anticipate.